Lotus Evija can literally eat through the wind, and here’s proof

Much has been said about the Lotus Evija, both good and bad. The Evija is every inch a megabuck hypercar and is Britain’s first-ever all-electric supercar. However, pundits say the Lotus Evija is too heavy, too complicated, and too expensive for its own good. But in a recent animated video, Lotus is highlighting the Evija’s biggest secret weapon, and it has nothing to do with brute force.

Indeed, there’s a valid purpose behind the Evija’s sleek, aerodynamic shape. “It’s about keeping the airflow low and flat at the front and guiding it through the body to emerge high at the rear,” explains Richard Hill, Chief Engineer of Aerodynamics and Thermal Management at Lotus. “Put simply, it transforms the whole car into an inverted wing to produce that all-important dynamic downforce.”

The most unique aspect of the Lotus Evija’s aero-sculpted bodywork are the venturi channels on the rear quarters. Designed to enhance the porosity of the car as it rushes forward, the Evija can literally eat through the air to deliver elevated levels of downforce while improving aerodynamics. “Most cars have to punch a hole in the air, to get through using brute force,” added Hill. “But the Evija is unique because of its porosity.” 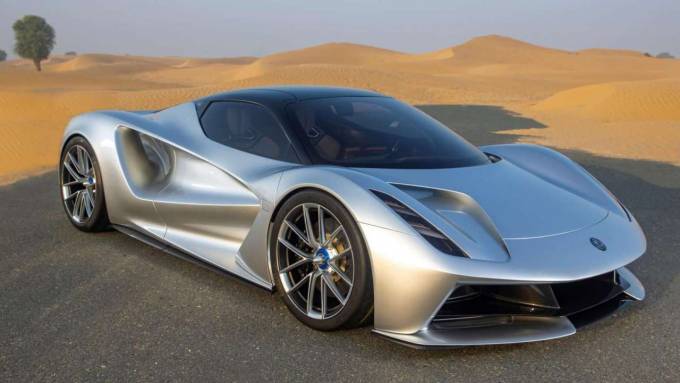 It all starts at the front. The Evija has a deep front splitter than channels the air through three sections. “The larger central area provides air to cool the battery pack while the air channeled through the two smaller outer sections cools the front e-axle,” said Hill. Meanwhile, the splitter also minimizes lift by reducing the amount of air flowing under the vehicle.

The rushing air is then channeled towards the rear. The venturi tunnels feed the wake rearwards to reduce drag, while the rear wing rises to push the rear wheels towards the ground. “The car also has an F1-style Drag Reduction System (DRS), which is a horizontal plane mounted centrally at the rear and deploying it makes the car faster,” said Hill. 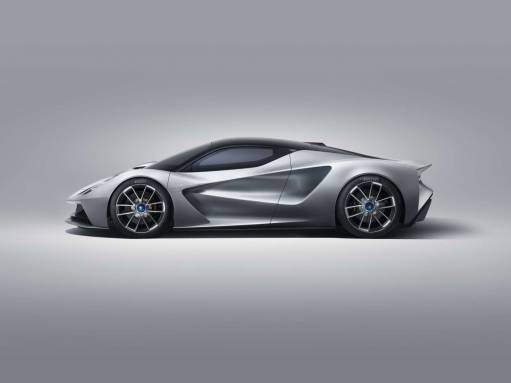 Lotus has always been known to prioritize lightness and aerodynamics in its lineup of sports cars, and the Evija is no exemption. True, the Evija is not exactly a lightweight at 3,700 pounds (1,680 kg). But with a full carbon-fiber chassis, it’s touted to be the world’s lightest EV hypercar. And with the clever use of aerodynamics and body sculpting techniques, the Lotus Evija is highly anticipated to become the most aerodynamic production road car.

However, Lotus has yet to release the drag coefficient and downforce figures of the Evija. “We will release the data later this year when final testing is complete,” concludes Hill. Lotus is only making 130 examples of the Evija with base prices starting at around $2.2-million, which is a steep price for an EV. But with four electric motors producing 2,000 horsepower and 1,253 pound-feet of torque, the Evija is not an ordinary EV by any measure.