The son of a zookeeper, Wylie Brys, discovered no less than a 100-million year old dinosaur bone whilst digging in the dirt this past September. The report is coming out now because between September 2014 and now, April of 2015, preparations have been underway to excavate and remove the fossil. Excavation took place over the past two days and the bone – or bones, as it turned out – were removed just today. The finding began back in September when Brys and his father were digging for fish bones in the area where a mall was set to be built.

Researchers from Southern Methodist University helped excavate the bones and have (tentatively) suggested that it is a heavily-armored nodosaur. At this time the plastered and shipped bones are being picked apart and studied at SMU. 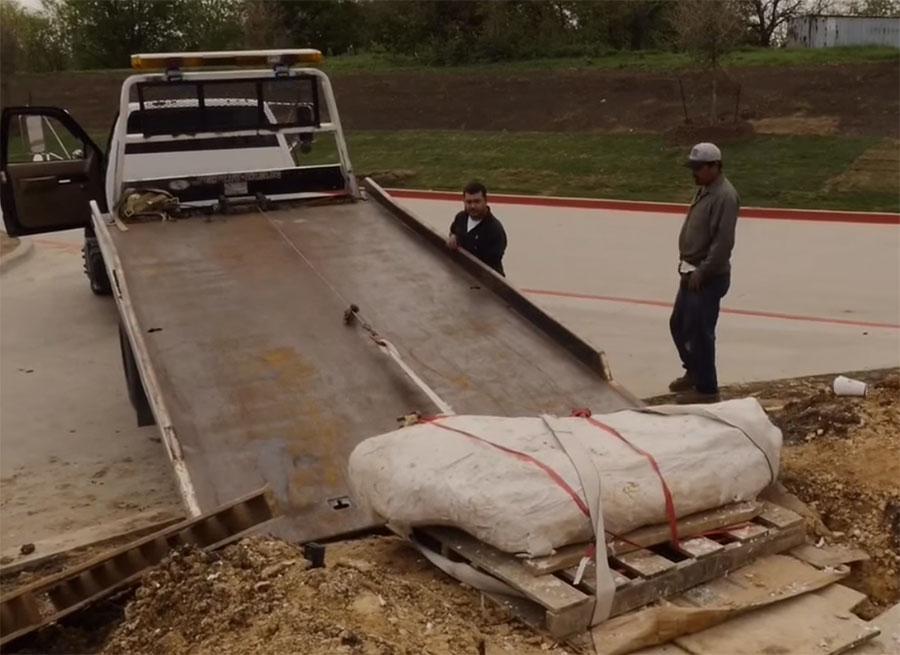 Nodosauridae is a group of dinosaurs in the ankylosaur family, appearing throughout North America, Europe, Asia, and Antarctica. This group existed from the late Jurrasic to the late Cretaceous periods. The specimen found by Brys is suggested to be around 94-100 million years old.

Above: Nodosaur painting by Todd Marshall

Speaking with local Dallas Times, professor of paleontology at SMU Dale Winkler suggested the dinosaur was a rare find, especially for the area is was found in. Generally Texas is home to sea-faring dinosaurs.

This one, Winkler suggested, was part of a group of land-dwelling group of “armored beach balls that floated out to sea.”

The following bit of video comes from the Dallas Morning News, covering this Dallas zookeeper’s son’s find as it’s removed from the ground.

Winkler also suggested that it will “definitely be months before it will be clean, maybe even longer.” So we won’t necessarily know what the full story will be for a number of years.

Michael Polcyn, Winkler’s colleague at SMU, suggested that had it not been for Brys, the fossils would likely have been destroyed or covered well into the future.

“It would have been buried and never been discovered in our lifetime,” said Polcyn. 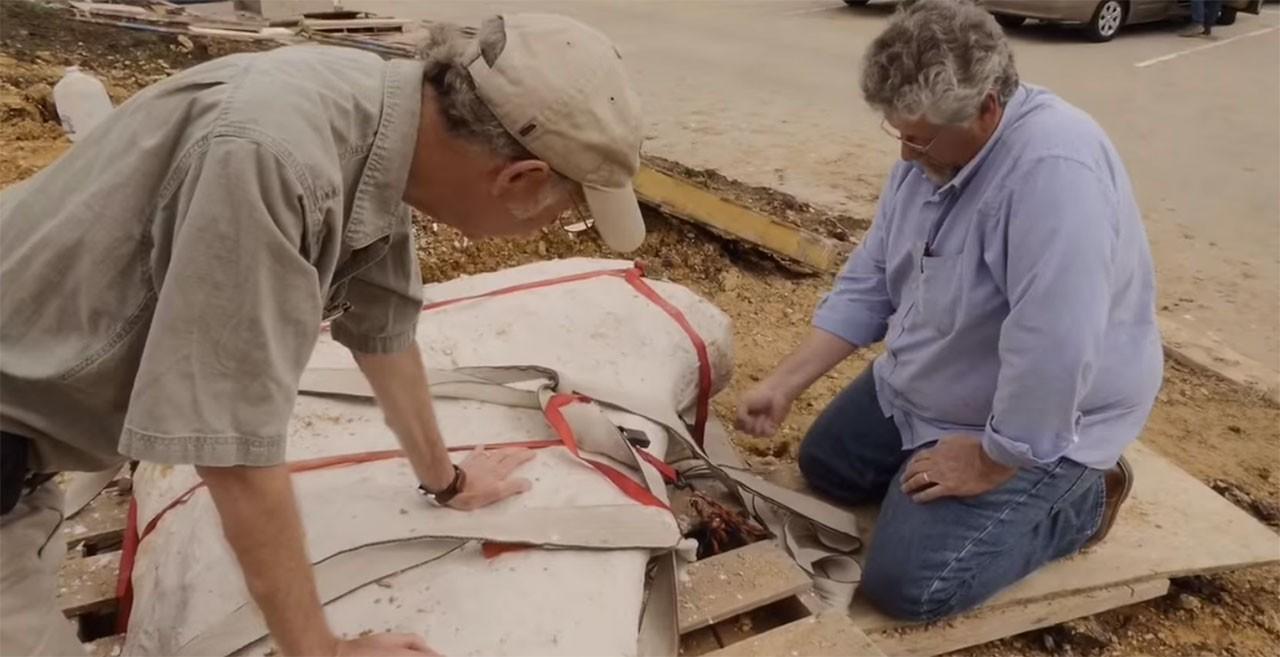 It took several months to attain a permit to excavate in the area – not helped by the fact that a mall was being planned in this exact spot. Now that the bones are safely in a lab, searches of the area will continue for the next week, after which construction crews will be allowed to continue work on their shopping center project.