The first two Android Wear devices are being shown off this week at Google I/O 2014 and have been put on sale through Google Play. Both of them square-faced, both of them working with the first iteration of Android Wear. There’s the LG G Watch and there’s the Samsung Gear Live – which one will strike your fancy the hardest?

On the left of this text chart you’ll find the LG G Watch, while the right shows the Samsung Gear Live. The first chart shows the differences between the two, while the second shows how the two are similar.

NOTE: To have another, longer look at both devices, have a peek at our LG G Watch hands-on: This is Android Wear and our Samsung Gear Live hands-on (vs Gear 2) straight from I/O 2014 as well. 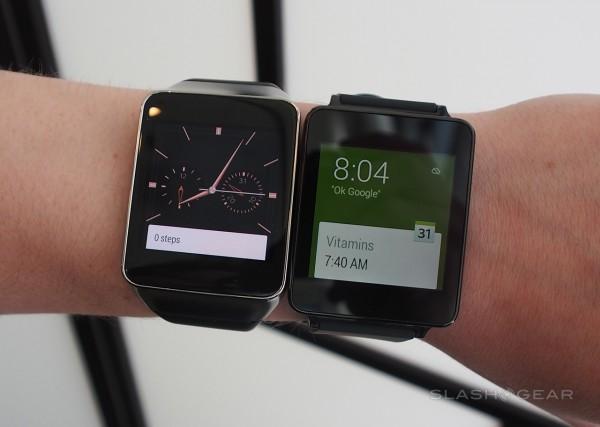 Both devices charge with their own unique charger with a dock included in the box. Neither of these devices support “wireless charging” as they both require their specified dock. 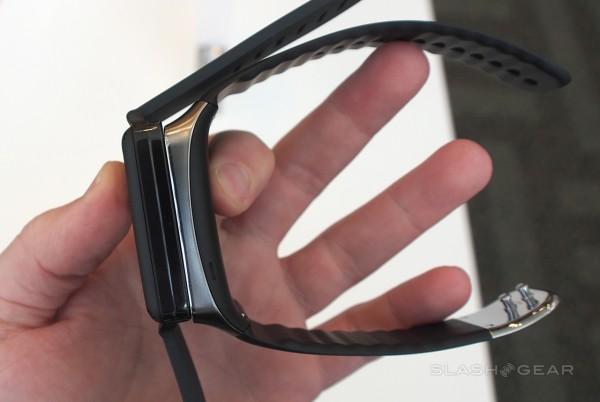 Here you’ll get some close-up views of the display quality of both devices sitting one next to the other. They’re surprisingly similar for using different display technology – at this time 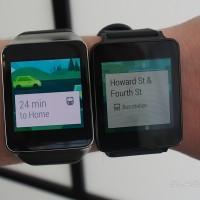 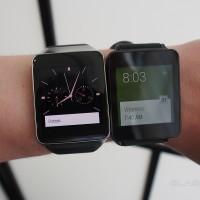 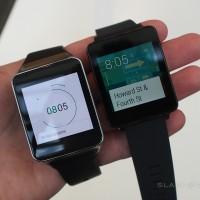 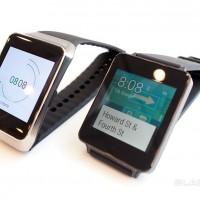 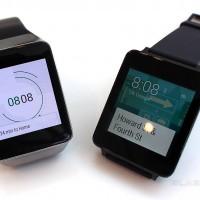 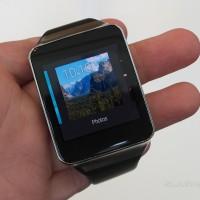 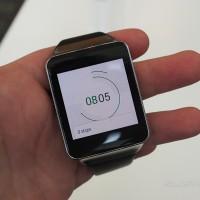 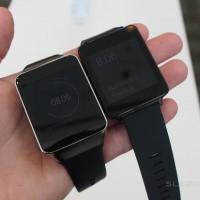 Software will be essentially the same on these two devices. Samsung has suggested that they will create some of their own services – but there’s no solid date for release. Both of these Android Wear devices will be centered on Google’s services, just as you see in the demonstration videos and software rundowns from the past several days in our Android Wear portal. 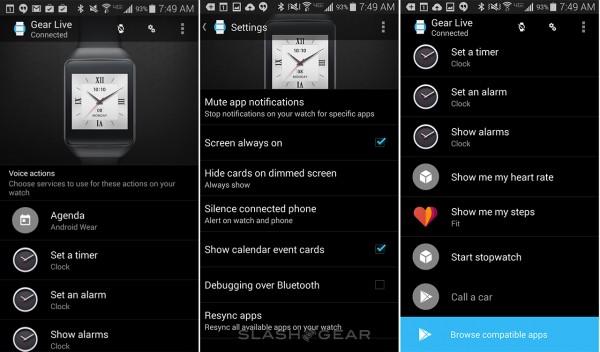 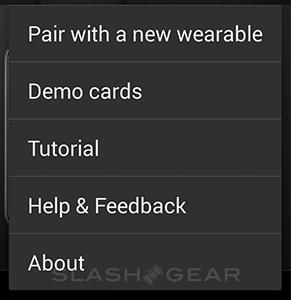 We’ve had a peek at the Moto 360 but have not seen a market-ready device as one does not currently exist. Based on what we’ve seen thus far, the Motorola device appears to present a much more natural-looking experience, while the software remains essentially the same. 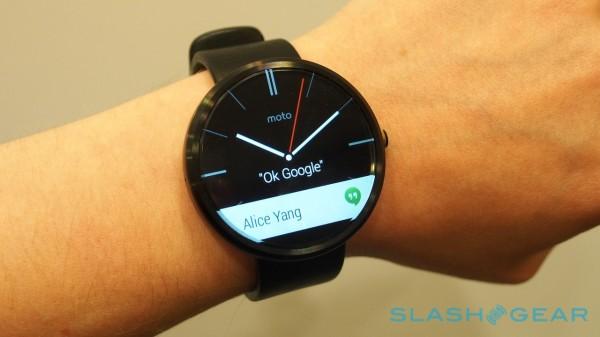 The Moto 360 has a bit more “futuristic” look to it as it exists in a circle (sort of) – while the whole collection has the same abilities in the end. Unless you need a heart rate monitor (from the Samsung device), you’re basically going to be making an Android Wear device decision based on your preference for looks. 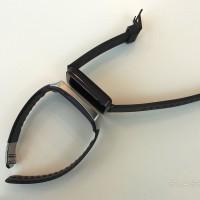 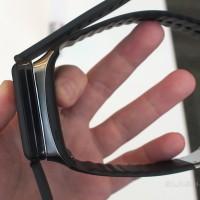 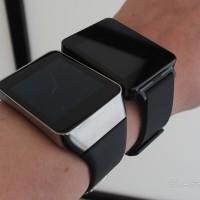 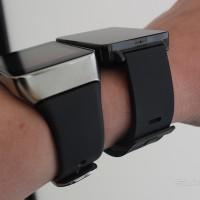 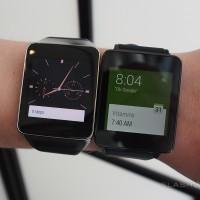