There’s a new LEGO Ideas set heading to stores that’ll cost around $60 that’s all about dinosaur bones. This set is called Dinosaur Fossils, and it’s been a long time coming. LEGO Fans have been creating masterpieces like these for decades, but this is the first time LEGO’s really dropped in and made a full set dedicated to the art of making bricks look like bones.

We’re calling it now – there’s probably no better toy for a kid of almost any age this holiday season than this. Granted, we’ve not yet gotten the set in for review. But look at the pieces, look at the unique form and shape of the builds. Look at how, before now, we had mostly pre-built dinosaurs in LEGO sets of all sorts. Now they’ve been stripped.

NOTE: You can find more LEGO bones (very similar to these) in the Jurrasic World Indoraptor Rampage at Lockwood Estate LEGO Review we did a few months ago – it, too, is pretty excellent. 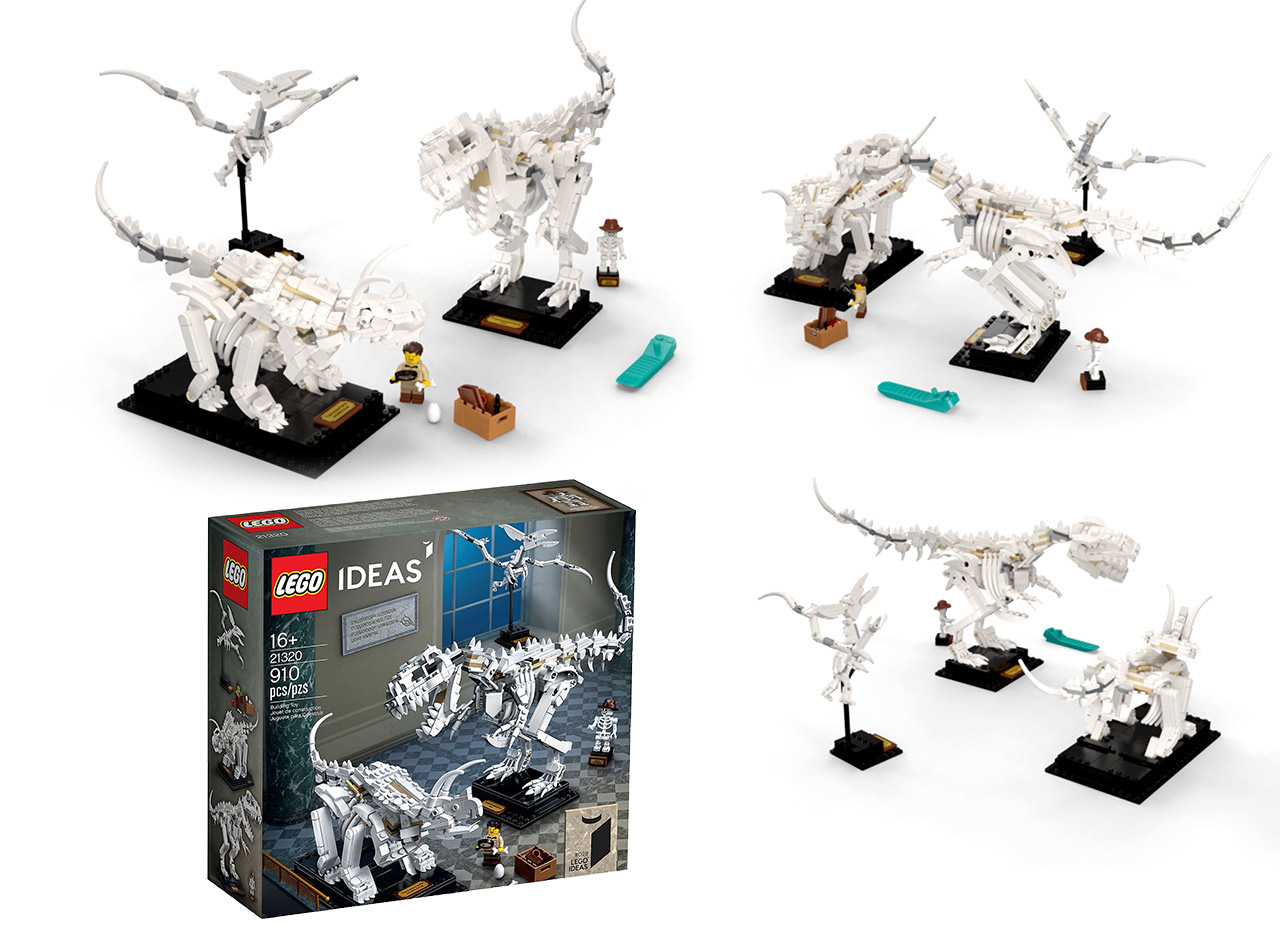 Now it’s time to get up close and personal with the many, many bones – bricks for bones, that is – for three classic thunder lizards. And a paleontologist, and a skeleton human minifigure too. Also a dinosaur egg – and one of the most awesome minifigure accessories in the LEGO universe: the magnifying glass.

That magnifying glass also appears in a few other sets – notably some Scooby Doo sets – and it’s awesome. It’s sort of oversized, as some LEGO minifigure accessories tend to be – but it’s still fully click-in usable by any standard minifigure. The plastic part is a classic magnifying glass shape, and the glass is an actual glass lens that actually magnifies!

Because LEGO bricks are rectangular and this isn’t the sort of thing that we’ll be using in a science class – not yet, anyway – it’s obvious that these dinosaurs are not perfectly lifelike. But they ARE quite realistically scaled – right at 1:32 scale, as it were.

This new Dinosaur Fossils set contains three full, buildable toy models of the bones of Tyrannosaurus rex, Triceratops, and Pteranodon dinosaurs. Much like previous LEGO Ideas sets, this set was based on the work of a citizen creator taking part in the LEGO Ideas program. The final build was redesigned by an in-house LEGO designer.

The official LEGO Ideas Dinosaur Fossils set (#21320) contains 910 pieces and will be available from LEGO stores online and in official physical LEGO stores on November 1, 2019. This set has a recommended age range of 16 years and up, and it’ll cost you right around $60 USD.