My daughter and I saw The LEGO Movie earlier this year. This most recent Christmas saw my daughter receiving her first bucket of LEGO blocks. I was a big fan of LEGO when I was a kid.

What’s happening in my immediate family has happened and will continue to happen with many families all over the world – for the past couple of decades and on into the future. It’s called LEGO Love, and it’s serious business.

People who were lovers of LEGO when they were kids are now growing up to be parents – and once again finding an excuse to buy massive amounts of these blocks without ridicule for doing so as an adult. 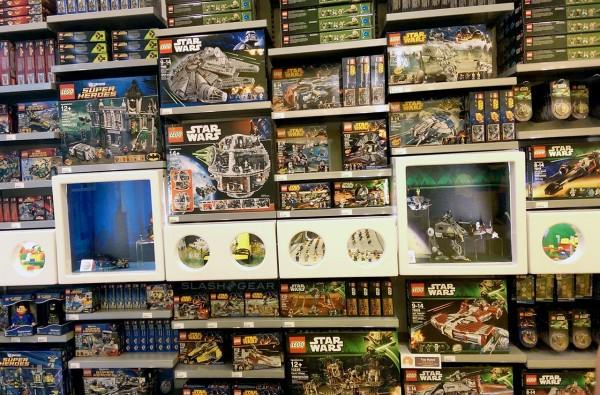 While the LEGO core mission remains set on children, thousands of adults purchase and build with LEGO blocks here in our modern world.

At the LEGO store at 30 Rock in New York City, the environment crawled with excitement. Just as many teenagers and adults hunted and pecked through the Build-your-own Minifig setup, one in which you get a plastic blister-pack that you’re asked to fill with three LEGO figures.

Heads, hats & headgear, accessories, torsos, and legs are included in a cube which was packed with LEGO lovers the entire time I was at the store. This entirely unique experience has you carefully considering which pants go with which shirt, whether you want a LEGO head that’s got two faces, or if you’d rather have a sword or a piece of chicken. 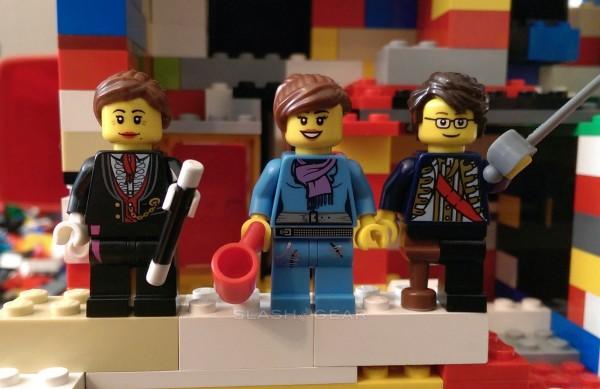 Chatter around the creation bin revealed that most people impulse-bought the lot. “Oh we HAVE to do this,” and “if you’re making one, I get to make one too,” weren’t uncommon examples of phrases overheard.

If the mini-fig bin is made for kids, the fill-a-cup LEGO experience is made for adults. Every single time I’ve been to a LEGO store over the past several months, I’ve seen at least one person over the age of 20 filling a cup – and rarely a child. 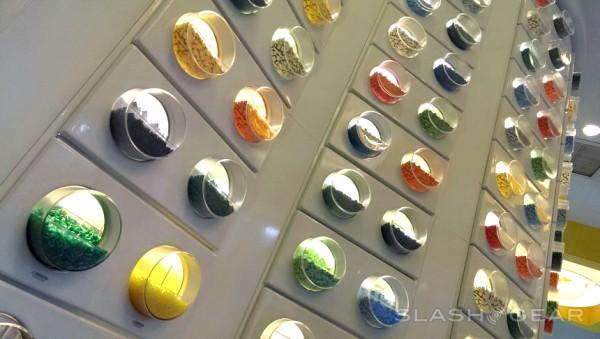 The most impressive display of pre-constructed bricks in the LEGO store is its pick-your-own environment. In this store you’ll find circular bins, every once of which – until just above head level – is filled with one type of LEGO block or the other. 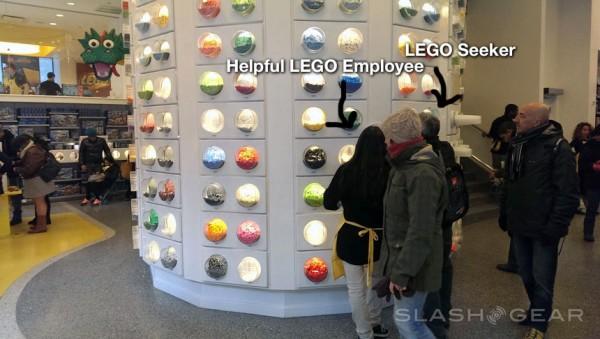 It’s here that I also saw a fellow walking around with a list of LEGO pieces he needed for his next big build, checking them off as he found them in the bins. He was being helped by a friendly LEGO employee, one who also may or may not have been letting him know when the next batch would be brought out to the show floor.

LEGO is still aimed at kids in public, but behind the scenes they understand that what they’ve got is big business for kids that never grew up. Someone has to make those lovely models you see in LEGO stores – LEGO professionals also had to construct the millions of bricks you see in The LEGO Movie. 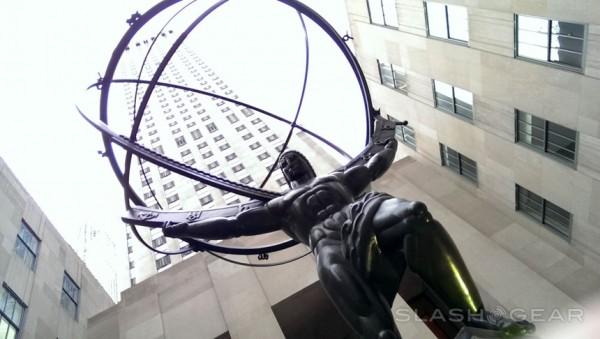 Above you’ll see the bronze statue “Atlas” by sculptor Lee Lawrie with the help of Rene Paul Chambellan, standing at Rockefeller Center near the LEGO store. Below you’ll see the LEGO version of Atlas, constructed by a LEGO Master Builder. 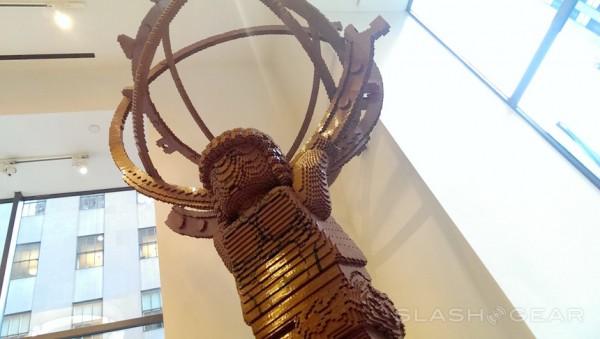 Inside the 30 Rock LEGO Store you’ll find several murals made of single LEGO blocks, meticulously placed. Below is one of several murals on the walls above shelf after shelf of LEGO boxes.

Custom-made LEGO sets sit near fully-constructed sets you can buy. Here you’ll see one of the most recent Star Wars LEGO sets, the Ewok Village. 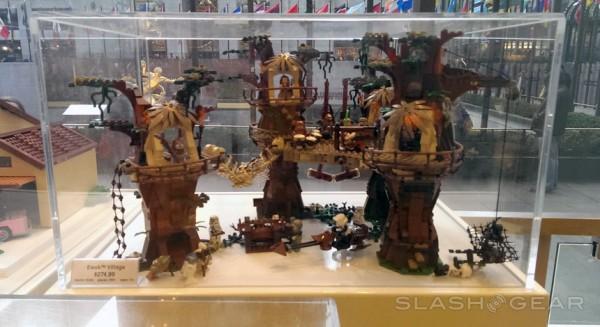 Above you’ll see a LEGO store in Hillsdale Mall at San Mateo in California. You’ll notice that it’s positioned directly across the hall from the Apple Store. Without collaborating directly, both stores feed off the popularity and brand-recognition power of the other.

Because LEGO is, as Will Ferrel puts it, “a highly sophisticated, interlocking brick system,” and we know we’ve got more than a few hardcore LEGO fans here at SlashGear, you can expect our coverage to continue – and to get more in-depth as we keep diving deeper into the greater LEGO universe.

Stay tuned to our LEGO tag portal and stick around as we push reviews of the newest sets and keep exploring the LEGO brand in the real world – LEGO Stores, LEGOLAND, and everything in-between – like LEGO Ideas!