LEGO Ghostbusters ECTO-1 does justice to an epic movie icon

LEGO has revealed its latest set, and if you’ve ever wanted to drive the Ghostbusters’ ECTO-1 then you’re in look – after a little assembly, of course. Headed to stores from November 15, the iconic car from the classic movies looks the part from every angle, and when complete is 18-inches long and 6-inches wide.

That’s a big model, but then the ECTO-1 is a big deal. Arguably just as much of a star of the Ghostbusters movies as the actors that rode in it, the converted 1959 Cadillac Miller-Meteor ambulance – which also became known as the “Ectomobile” among fans – appeared not only in the movies but the animated TV shows and the companion video games, too. 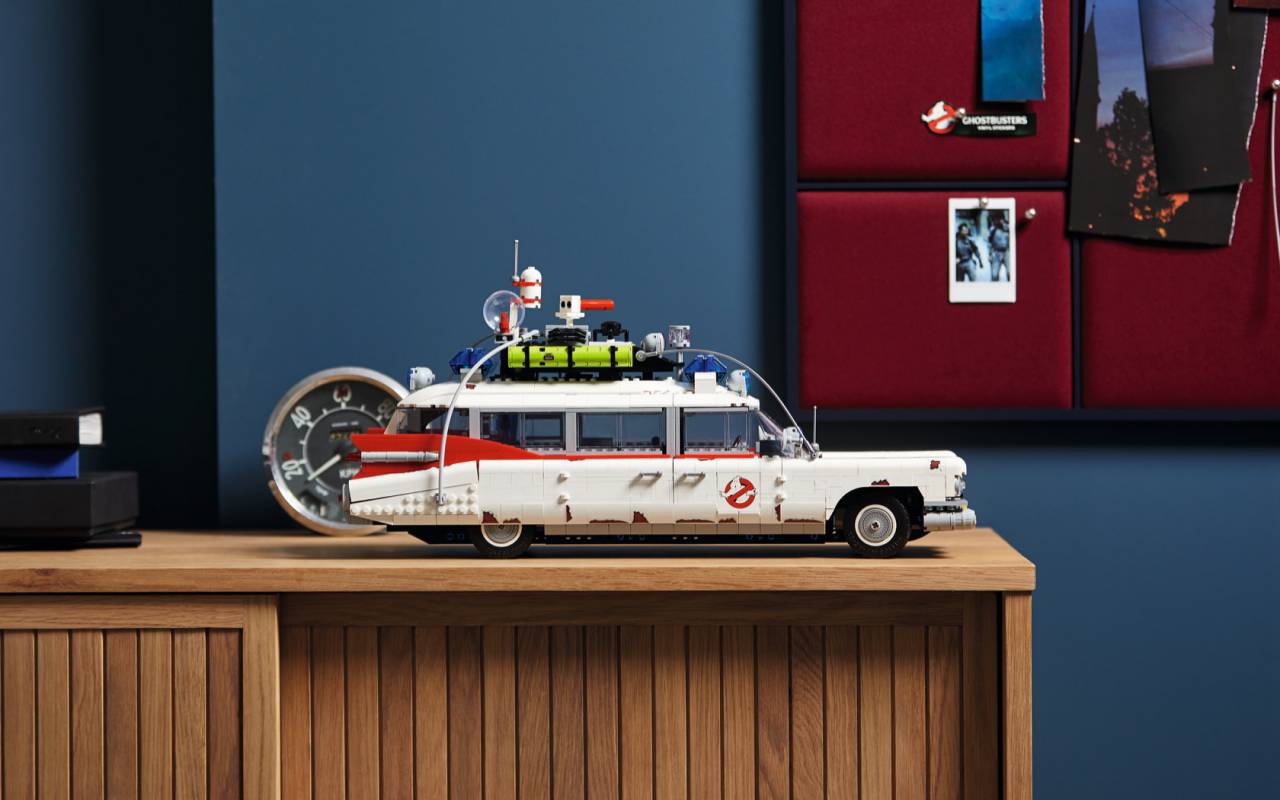 The movie car was the handiwork of Steven Dane, Hardware Consultant on the Ghostbusters films, and first appeared in 1984. Since then there have been several iterations of the vehicle, restoring original on-screen cars as well as replicas used for promotional tours. In addition, there have been toy versions, and indeed this isn’t LEGO’s first attempt at ECTO-1 either.

Back in 2014, the toy brick company released an ECTO-1 set – complete with Venkman, Ray, Egon, and Winston minifigs – though it was a fairly small model. This new, 2020 LEGO ECTO-1, in contrast, is significantly larger. That’s allowed for a lot more detail, too. 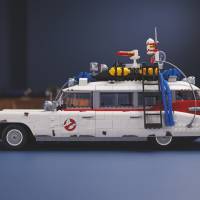 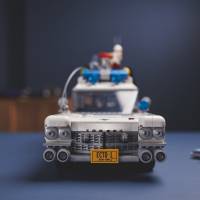 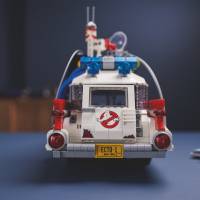 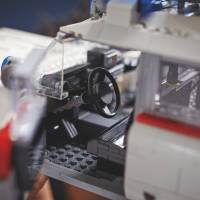 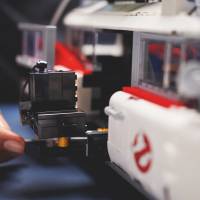 It includes a moving ghost sniffer – activated by the wheels – and an extendable rear gunner seat. The steering wheel works, moving the front wheels, and the roof rack is packed with all the familiar equipment from the movie car. Screen-appropriate license plates and the Ghostbusters logo on the car doors are also present and correct.

While most of the bricks and other parts are familiar, LEGO has created two new elements for this version of ECTO-1. First there’s a 6×14 curved windshield, to give that period-correct Cadillac sweep. Inside, meanwhile, there’s a new, five module steering wheel. 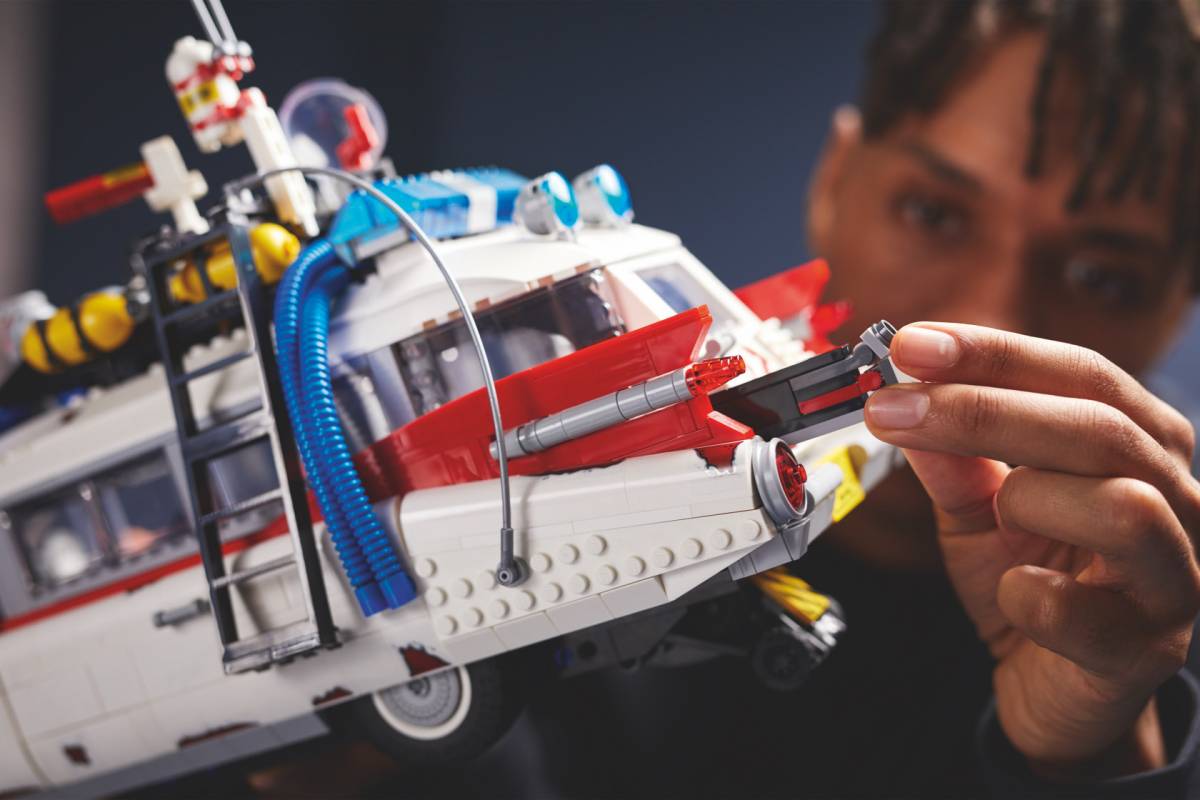 In total there are 2,352 pieces, and the designer responsible for figuring out how they all go together has some serious history in LEGO movie models, too. Michael Psiaki was also responsible for designing the LEGO James Bond Aston Martin DB5 released back in 2018.

The LEGO Ghostbusters ECTO-1 will go on sale next week, from November 15, ahead of the release of Ghostbusters: Afterlife which – pandemic permitting – is expected to arrive in theaters sometime in 2021. It’ll be priced at $199.99. 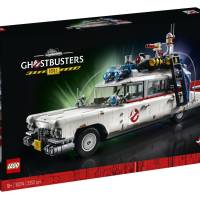 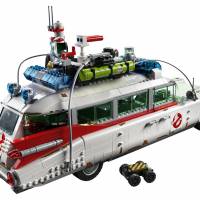 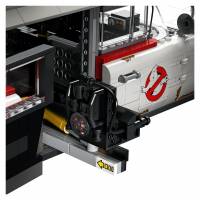 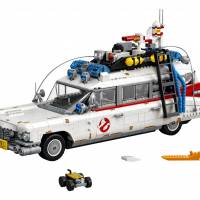 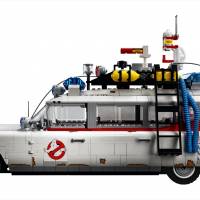