As part of a collection of oddities that also includes Minecraft and the Mars Curiosity Rover, an “exosuit” has joined the fray known as LEGO CUUSOO. This is the first set to have been submitted and approved with LEGO CUUSOO that’s not either based on a pre-existing object or part of an entertainment brand. In other words – it’s extra beefy with originality!

The LEGO CUUSOO collection expands by one more. This branding goes with a fan-made gathering of LEGO sets submitted to the LEGO CUUSOO webspace. Once submitted, each set goes through a voting process first with the public, then with LEGO officials.

SlashGear has had the opportunity to take a look at the Minecraft LEGO CUUSOO set as well as – just this past weekend – the Back to the Future DeLorean LEGO CUUSOO set. Both sets started as fan-made creations and were re-made in fully LEGO-approved mock-ups for final delivery. 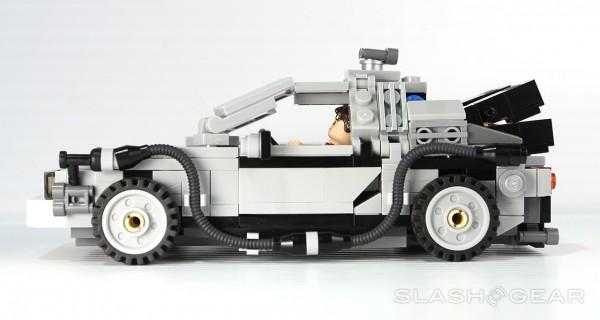 This week one massively excited group of builders headed by Peter Reid – original designer of the Exo Suit – are revealed to have worked with LEGO on the final design, as well. This is the first time – to our knowledge – that LEGO has brought in AFOL (Adult Fans of LEGO) to work on an official LEGO project build. 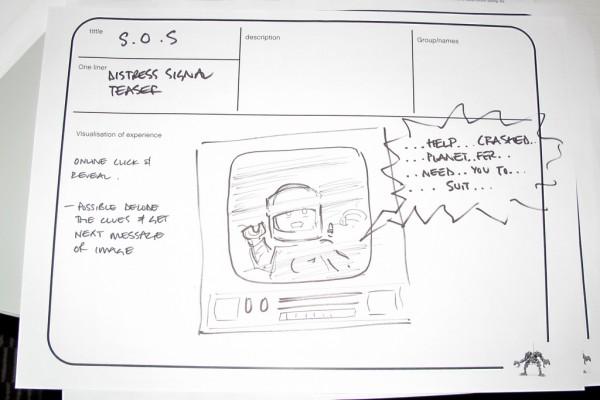 Above you’ll see one of the creative team’s ideations pages. While this is an early page, it does still remain possible that this set will have interactive online-based elements, similar to the recent LEGO Movie sets. In these sets, a QR-Code is scanned by a smartphone and that smartphone opens a video.

This set was submitted to LEGO CUUSOO on March 28th, 2012, and will likely be headed to the real-deal official boxing process soon. Originally designed by Peter Reid, this set’s final designer is LEGO’s Mark Stafford.