This week at SXSW the LEGO presentation team have showed off and mentioned several new sets for the near future. In addition to suggesting that they’ll have more LEGO Movie sets in the near future, they’ve given glimpses of in-movie “history books” and Taco Tuesday. From what we understand of the LEGO Movie sets out on the market today, the team didn’t expect such a major response from moviegoers – they’ve been modest so far: there’s a lot more on the way.

The team has mentioned new sets for Ninjago, Chimea, and more, each with “more female minifigurs” across the board. As mentioned by SXSW-goer Lori Wilson, “if you think a Lego minifig construction worker has to be a guy, that’s your problem.”*

Image above (at the head of this article) from Peter Espersen, head of co-creation for LEGO, ReBrick, LEGO CUUSOO, and Minstorms.

UPDATE: Before you go on – we’ve been speaking with the folks behind LEGO CUUSOO and it would appear that some misunderstanding has occurred:

1. The Shaun of the Dead LEGO set was up-voted massively last year in the CUUSOO arena, but it had to be turned down because the set would not be appropriate for LEGO’s “core target audience of children ages 6-11”. You can see the full LEGO statement if you wish as well – they’ve been very forthcoming about the whole situation, as it were.

2. The Breaking Bad set is not official. As it appeared several years ago as a fan-made build and has become noteworthy because it was so very well made, it’s often confused for an official LEGO set. In fact there is no plan to make any Breaking Bad LEGO sets of any kind.

Below you’ll also see the Breaking Bad camper meth van. What you’re seeing here is a slide from Sara Moore, member of the Editorial Team from ReBrick and CUUSOO, the fan-made LEGO collection. As you’ll see in our Minecraft LEGO set Review from 2012, this program has been working for a while to make fan-made LEGO builds a reality. 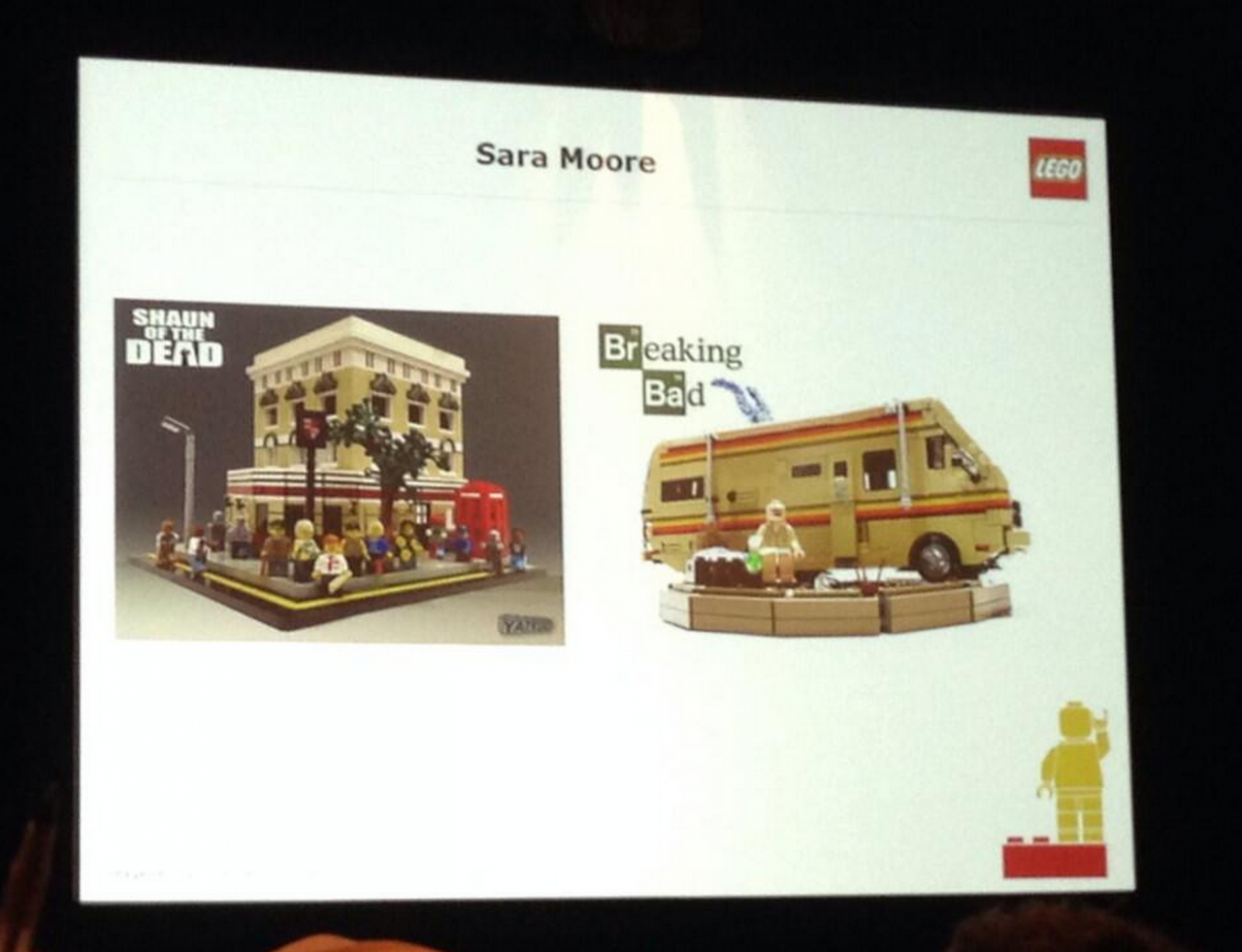 While it’s possible the Breaking Bad van and Shaun of the Dead sets could make it to real builds, LEGO might just have to jump through too many hoops to get there. For now you’ll have to just keep crossing your fingers and toes. We know Richard Stokes would buy one, anyway. 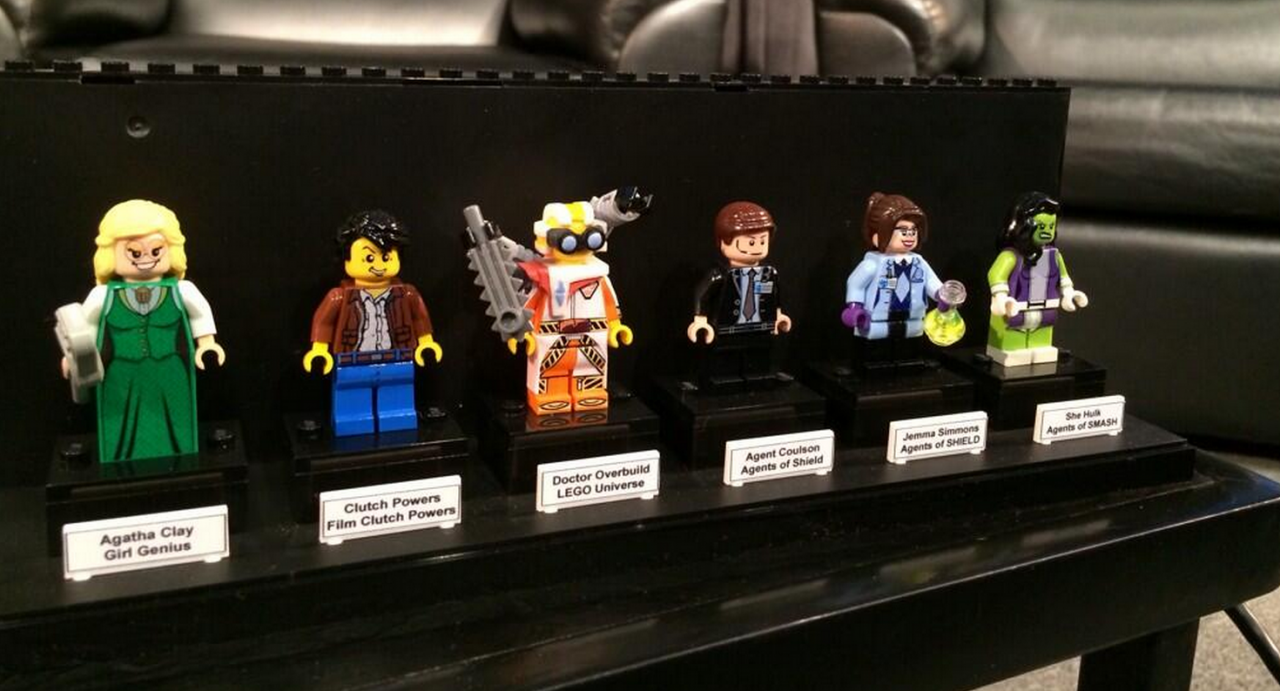 BONUS: From BricksByTheBay we’re seeing a number of new Minifigs for great justice. This includes Agatha Clay, Clutch Powers, Doctor Overbuild, and several characters from Agents of SHIELD. This includes Agent Coulson, Jamma Semmons, and the incredible She Hulk – which they suggest comes from a group called Agents of SMASH!