Supposing you’ve not dismissed this title as another tried-and-failed movie-to-game translation, you’ll be glad to know what The LEGO Movie Videogame is just about as smooth a delivery as we’ve ever experienced. Having both the previous (rather successful) Lego video games to live up to and the (wildly successful) Lego movie to live up to, this game isn’t attempting to be a stand-alone game without movie influence. Instead, The LEGO Movie Videogame attempts to be an extension of the movie universe – and it does so with flying colors.

Have a peek at our Lego Movie Review and you’ll find that we’re just about as big of a set of fans of the film as you’re ever going to find. Creating a game that was any less than a totally entertaining re-delivery of the content in the film would have resulted in a negative review from us. That much is true.

But they didn’t mess it up. Just the opposite. In The LEGO Movie Videogame you’re getting the successful model that is the Lego game collection. You’re also getting an experience that’s as close to walking through and experiencing a movie as we’ve seen thus far – for any genre, mind you. 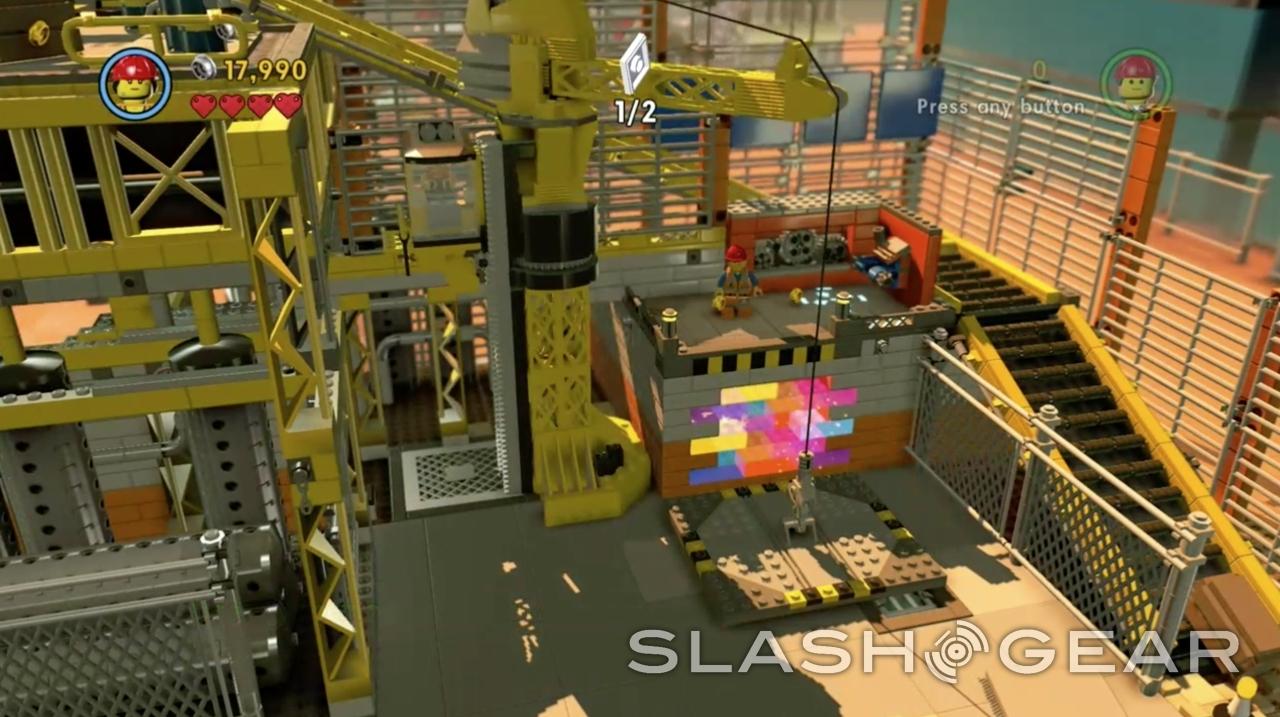 You play the part of a wide variety of characters from the movie as well as some that do not take part – or at least do not take a large part – in the film. Your task is to fight President Business in a round-about way, completing tasks, puzzles, and blowing up or otherwise bashing bricks – or tossing them together.

Two modes are available to the user once you’re a bit into the game, one for story mode, the other for Free Play. While you can collect pants (“Where Are My Pants!?”) throughout the game, it’s in the Free Play mode that you’ll be able to use any of a variety of characters to bash and build. New Minifigs can be unlocked in story mode or purchased with in-game collected coins – no real-cash microtransactions here!

While in some places it seems that the film was custom-made to become a game, in others the game relies on tried-and-true forms to push the plot forward. If you’re planning on understanding the plot line through gameplay in this game without having seen the movie, you’re going to be confused to no end. If you want to supplement your movie-watching experience with this game, you’re going to be entirely pleased.

Part of the reason you’ll be pumped up to play this game if you’ve seen the movie is the fact that it’s the first place you’ll be able to view full-quality clips from the film at home. Because so many clips are used in the game, in fact, you’ll not always be able to share clips from the game using features like the Xbox One’s built-in Upload Studio. 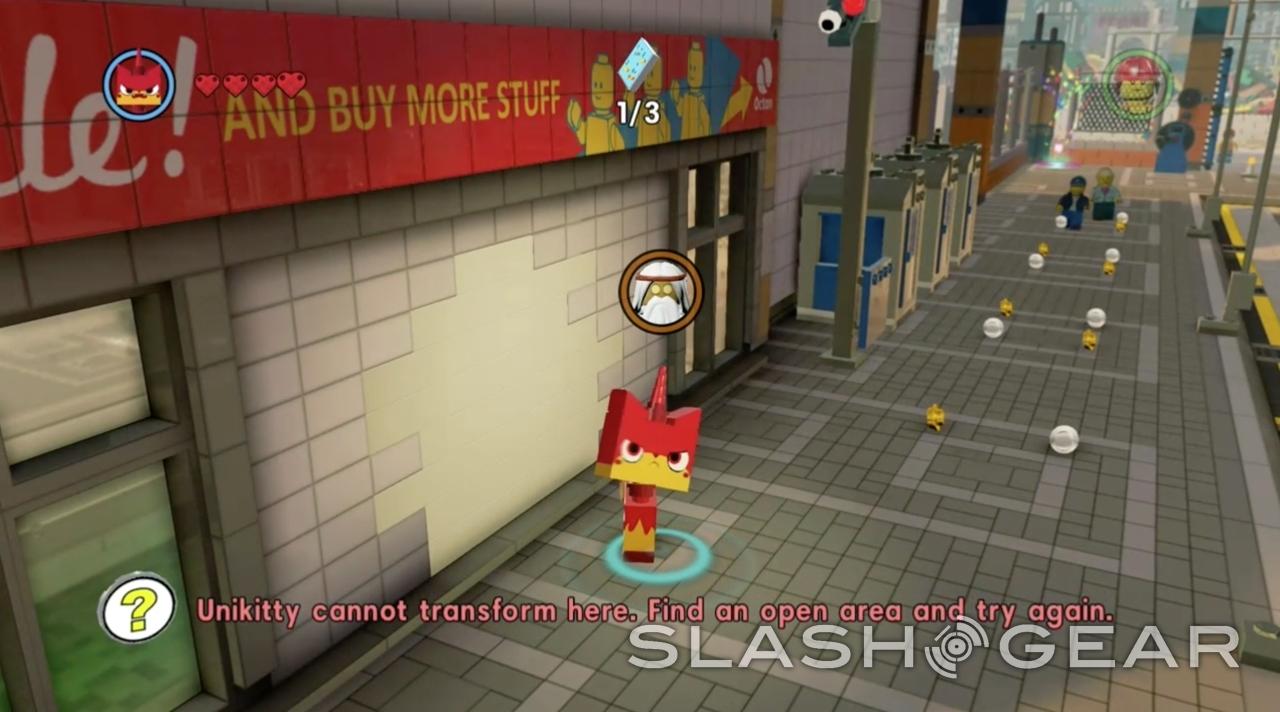 While much of the non-cinematic voice acting in this game is not done by the same actors as in the film, but they’re so good you might never have known the difference if you didn’t read it here first. Just pretend and you’ll be fine.

The team responsible for this game – TT Games (developers) and Warner Bros. Entertainment (publishers) have made the first “E” rated masterpiece of the next-generation console environment. This game is more than a successful follow-up for the movie: it’s an essential brick in the LEGO creative experience that continues to expand with no end in sight.