It’s time at last for the Android 4.4 KitKat software update to work with both the Samsung Galaxy S4 and the HTC One in their Google Play editions. These versions of the devices work with the “Nexus” version of the Android operating system from Google. This version of Android works with bits and pieces of the full gamut of in-built powers of the software itself.

What you’ll see in our Android 4.4 KitKat 101 guide and what you’ll get on a Nexus device are very different things. While the Google Nexus 5 works with the Google home launcher, the HTC One GPE and the Samsung Galaxy S4 GPE do not. This Google home launcher allows Google Now to appear to the left of your homescreens and the “OK Google” command to appear straight from the home screen as well. 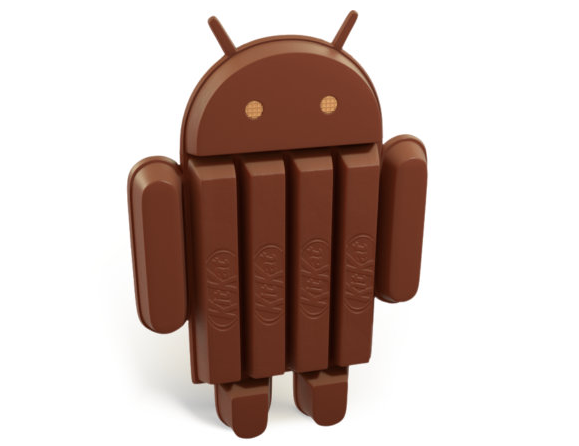 The Google Play editions of the HTC One and the Samsung Galaxy S4 are seeing this Android 4.4 KitKat software update this week, with the HTC One’s iteration appearing as early as Monday and Tuesday being home to the first appearances of said software over-the-air for the Samsung Galaxy S4. Users who are not seeing the update thus far can also choose to head straight to Google’s repository for said software and do this update manually.

For those of you wishing to see reviews of both the HTC One and Samsung Galaxy S4 Google Play editions, we’ve got that single review up as well. Stay tuned as we continue to inspect the changes in this update to the system, for lesser or for more. The one thing we’re seeking out in-particular with these two devices is the inbuilt IR-blaster code for Android where before there was none, as both smartphones work with infra-red blasters that currently do one whole heck of a lot of nothing. Stay tuned!