Kia promised something unusual for its next EV, and the Kia Concept EV9 is certainly shaping up to fit that description – and then some. Expected to get its full reveal at the LA Auto Show 2021 next week, the all-electric SUV has been previewed in full for the first time today, and it’s a seriously unapologetic vision of next-gen motoring.

Kia describes the exterior design as “bold” and we can’t say we disagree with that. Chunky and borderline menacing, the strong proportions – and, in particular, the swollen front and rear wheel arches – are enhanced with crisp cut-lines that give the Concept EV9 the look of something hewn from solid metal blocks. 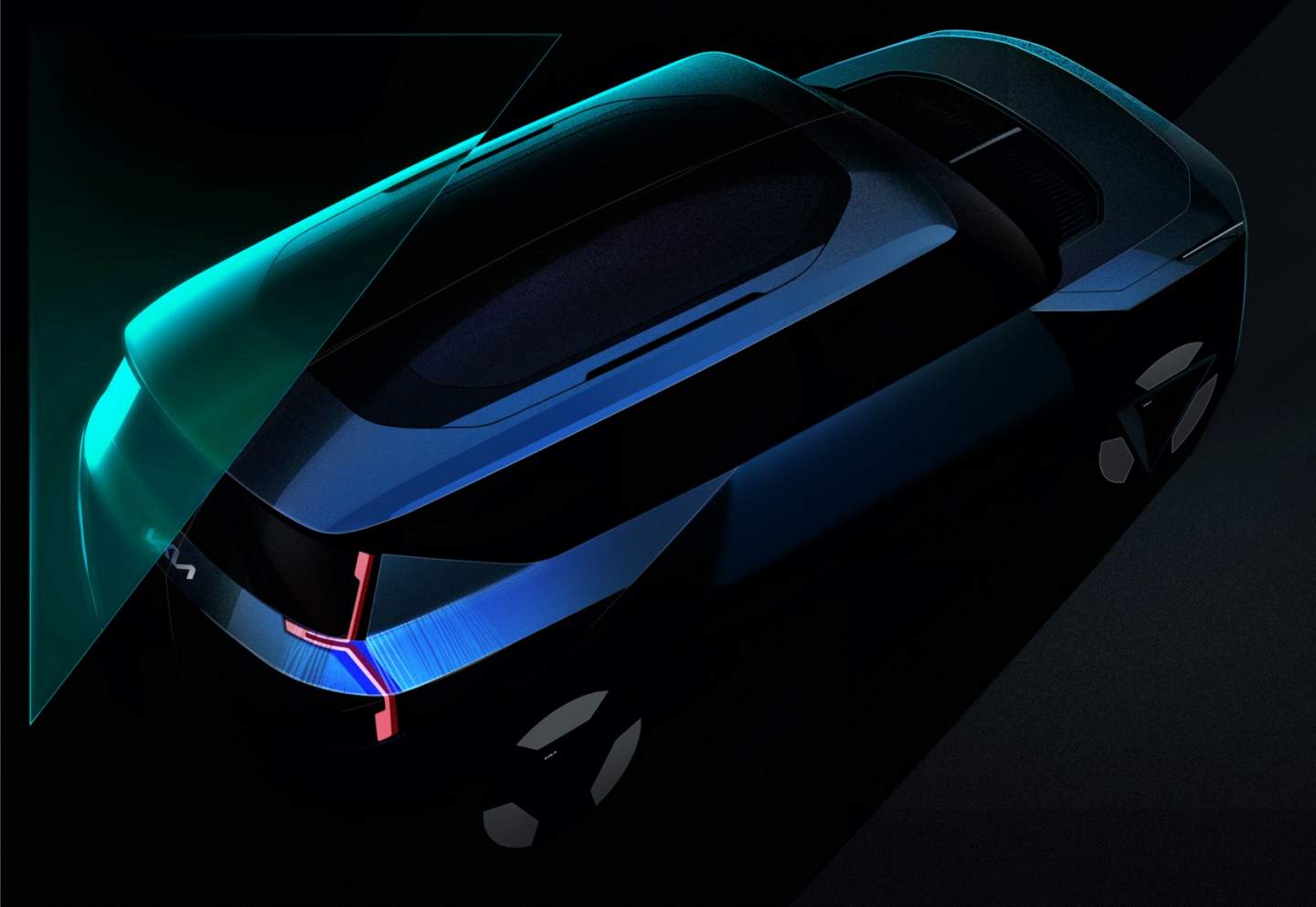 Through it, we can see some of the hallmarks of Kia’s recent designs, both conceptual and production. The crisply inset lighting, for example, is slender where the rest of the Concept EV9 is sturdy; pixel-like lamp detailing is a nod to traditional cooling grilles, something the all-electric SUV doesn’t require in the same form as its combustion predecessors. The wheels are particularly dramatic, with their atypical – but presumably aero-friendly – spokes.

According to Kia, the goal was “a contemporary recreational treatment that’s brought to the fore by an upright and capable stylistic stance.” In short, while the Concept EV9 may be bold and blocky, that’s predominantly in the name of practicality. The interior carries much the same message.

There, Kia’s design team has pared back the detailing. The dashboard is an extended lozenge, with touch-sensitive controls embedded into the horizontal form. The steering wheel – with an almost yoke-like shape which might cause Tesla fans to arch a brow – is “a radical new take on the traditional” Kia suggests. It also echoes the overall dash shape.

Atop it is an ultra-wide display, a progression of the already-large screens that Kia – as well as cousins Hyundai and Genesis – has been putting in its recent production models. We’ll have to wait and see whether there’s a single screen behind the cover glass, or a number of panels pieced together for the impression of one large interface. 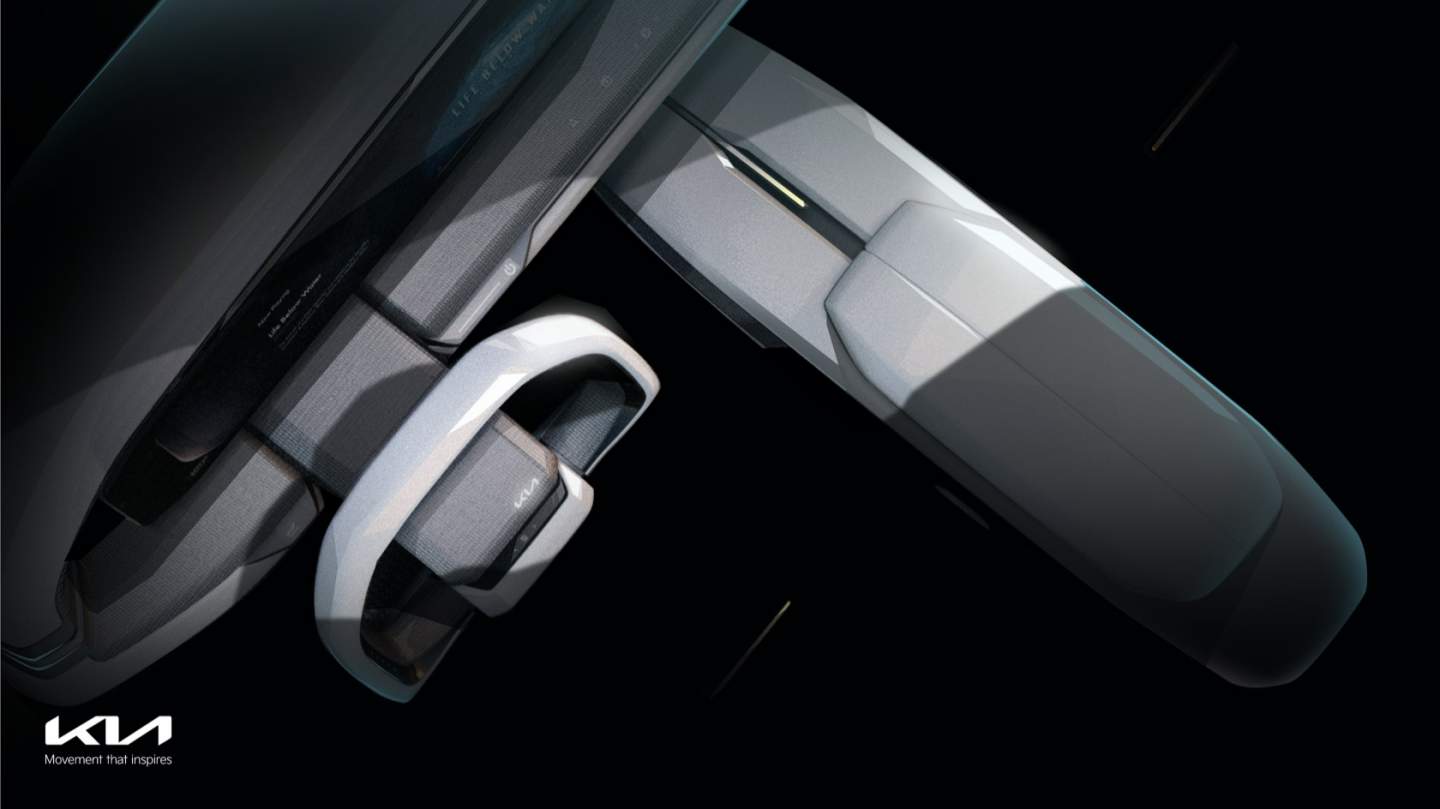 As for the rest of the cabin, Kia says the goal there was “a light, flexible and adaptive interior space” which certainly suits the goals of the modern SUV – electric or otherwise. The “smart lounge space” promises more options for the family buyers typically drawn to this segment, though could also be of interest to outdoor activity enthusiasts who prefer SUVs for their capacious interiors.

It’s hard to argue that Kia hasn’t been on a roll with industrial design over the past few years. Models like the 2022 Carnival have upended traditional expectations of vehicles like minivans, while the 2023 Sportage has introduced a distinctly different aesthetic to the SUV segment. It’s in electrified vehicles, though, where the main leaps have been made. 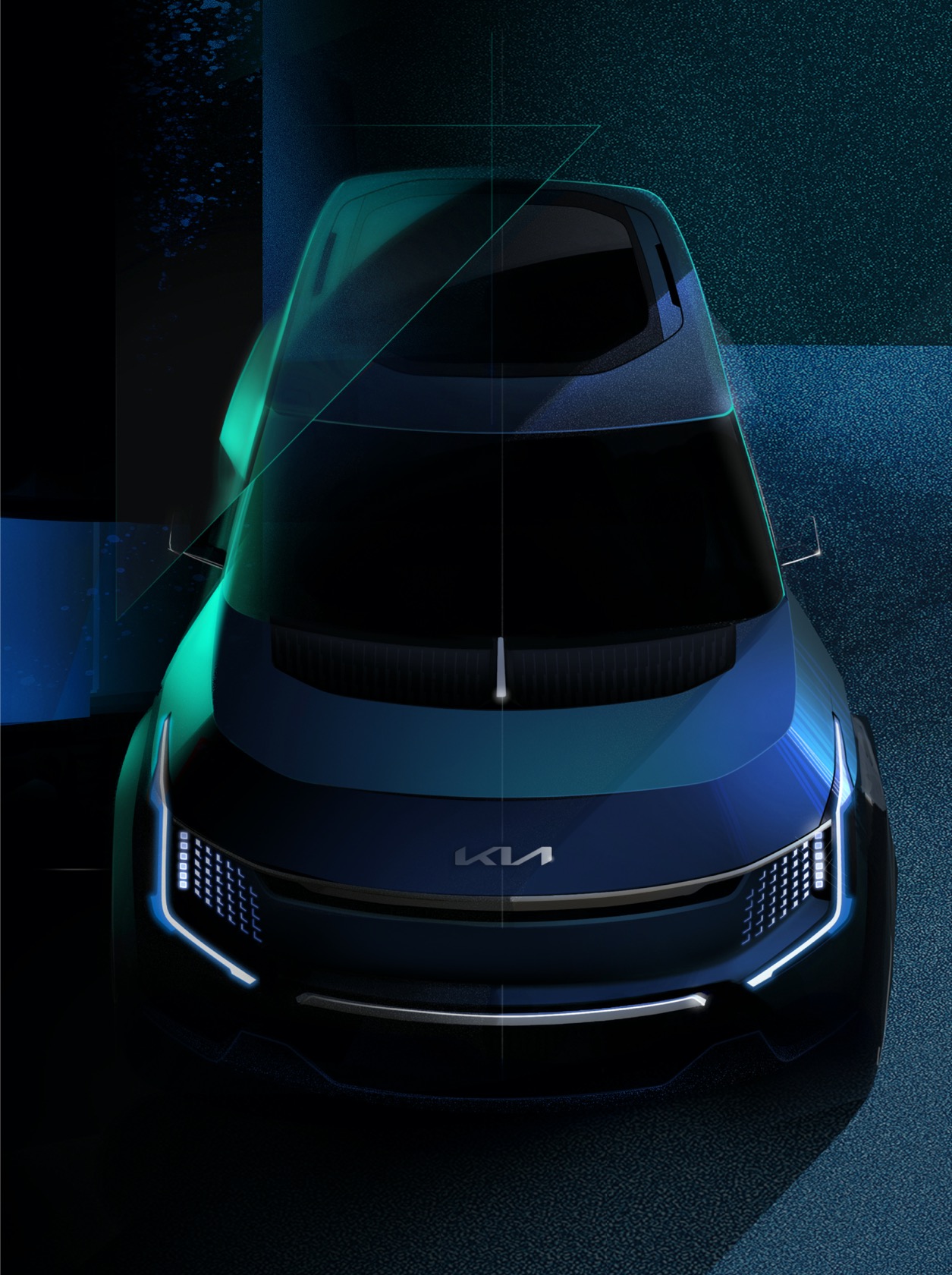 The Kia EV6 may have been revealed after its Hyundai Ioniq 5 sibling, but that didn’t dilute its design appeal. In fact, the fastback-esque EV is arguably more graceful than its SUV-like counterpart.

Just what might be underneath the sheet metal for the Kia Concept EV9, meanwhile, remains to be seen. All the same, the options for big SUVs with all-electric drivetrains is still relatively spartan, so the timing may be just right for a production version of the electric concept we’ll see in full next week.