Karma wants to help you build a 1,100 horsepower electric hypercar

Karma Automotive promised something attention-grabbing from its turnkey plan for performance EV platforms, and now we get to see just what the automaker had in mind. The latest iteration of Karma’s E-Flex architecture, it’s effectively a recipe for a ridiculously high-performance all-electric vehicle that could offer in excess of a thousand horsepower without sacrificing on range.

While Karma may have its own hybrid luxury sedans, it’s also counting on a growing appetite – and impatience – among other companies wanting to wade into the EV space. The E-Flex platform is its answer there, a flexible architecture supporting a variety of drivetrain configurations, which would allow those third-parties to skip the usual engineering, testing, and certification hurdles.

Turnkey needn’t mean mundane, though. Karma’s newest addition to the portfolio could make for a seriously fast EV, with zero-emissions but electric all-wheel drive and a whopping 1,100 horsepower. 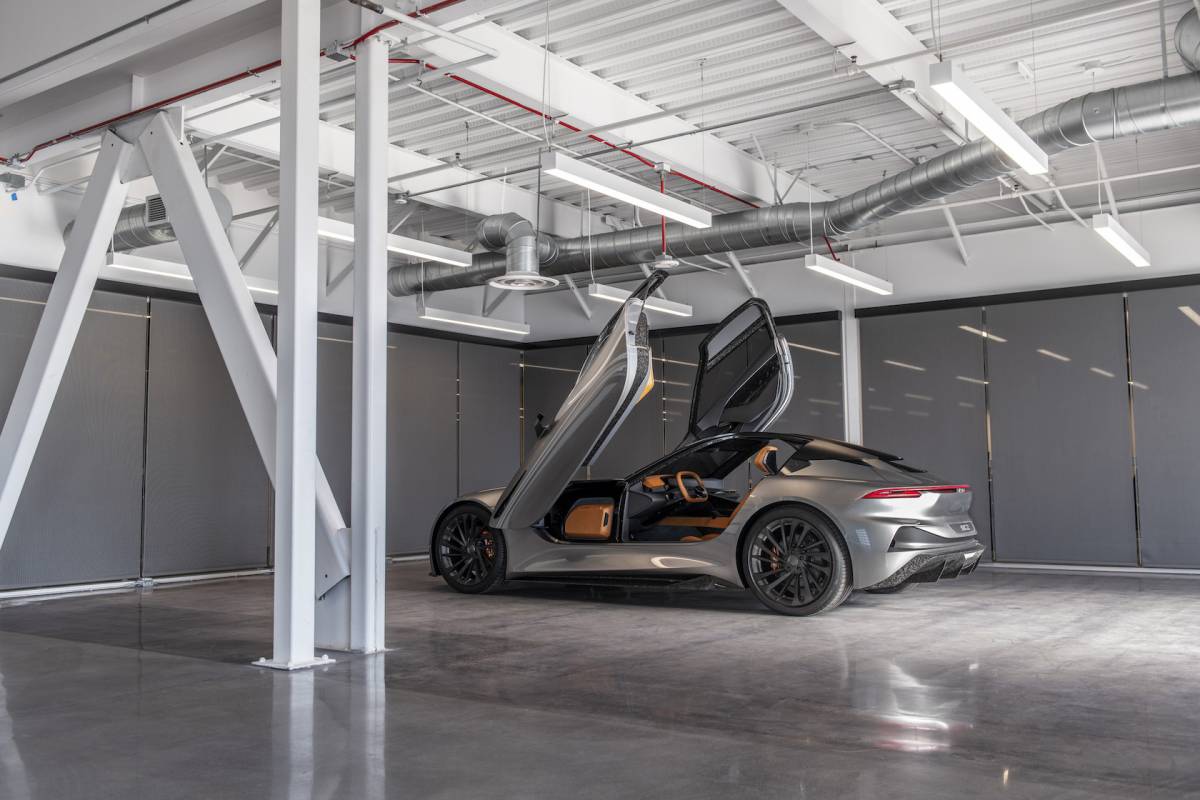 It’s not the first time we’ve heard these numbers. Indeed, Karma Automotive was talking about them back at the LA Auto Show in November of 2019, when it brought along the striking SC2 concept. Pure-electric, and promising 0-60 mph in under 1.9 seconds, it was the company’s vision of what a modern EV sports car could look like and how it might perform.

It was also a sneaky showcase for the latest iteration of Karma’s E-Flax Platform. Dubbed the High-Performance E-Flex Platform, it’s the third we’ve seen so far, following somewhat more conservative versions for traditional vehicles and for potentially autonomous utility transportation. In all, Karma has promised, there should be 22 different configurations to play with, running the gamut from urban runabout to hypercars.

The latter is just what the High-Performance E-Flex Platform aims to deliver. Front and rear dual electric motors combine to deliver that headline 1,100 horsepower, along with a quoted 10,500 lb-ft of torque. It’s worth noting that Karma is talking about wheel torque here, not the more typical engine torque, which means it’s that engine amount multiplied by the gear ratios and final drive involved. 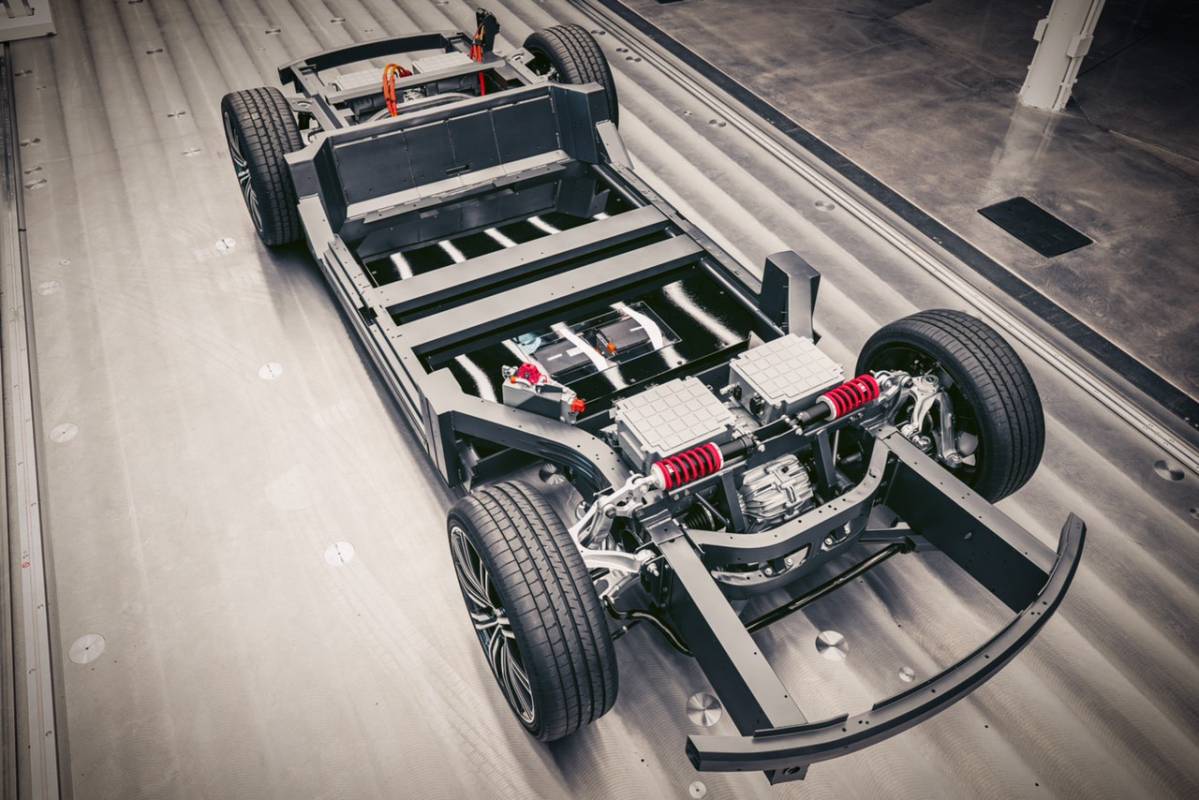 Even without the boasting, though, it’s clear that this new version is capable of keeping up in hypercar company. What could set Karma’s platform apart – assuming the company can actually deliver – are things like range.

Performance electric cars need big batteries if you’re going to get any sort of meaningful driving range from them. Push hard, and take advantage of all those e-horses, and that range will plummet fast. Then you end up with your hypercar-loving owners sat at the side of the race track, waiting as their EV charges up, and starting to question why they didn’t just go with a good old-fashioned gas engine instead.

It’s the reason we’re seeing automakers like McLaren look to extreme lightweighting strategies to pare back vehicle weight before adding hybrid drivetrains, but Karma says its high-tech solution should do the trick just as well. It aims to integrate a Silicon Carbide (SiC) high-density inverter, much more efficient than you’d find in a typical EV, and which – with a flat battery sandwiched in the platform’s floor – could deliver up to 400 miles of range. 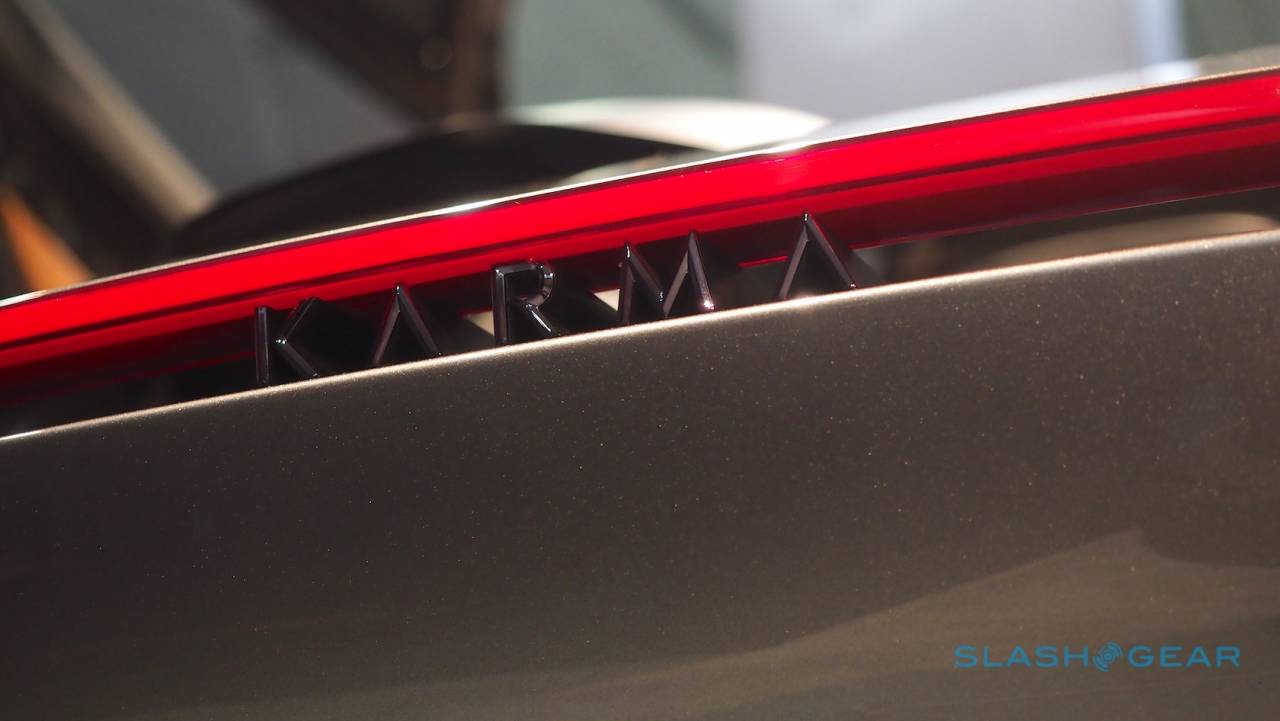 That would be impressive for a regular electric car, never mind one with the sort of power figures Karma is throwing around. From the sound of it, though, we’ll have to wait until another firm pick up the High-Performance E-Flex Platform to actually see how well it all delivers. Karma says the SC2 was just a concept, and is looking to the dual-motor E-Flex version for the upcoming all-electric Revero GTE. This new version of the platform is currently at “initial development-stage completion” the automaker says, with no timeline for when it might be ready for the road.