The folks at E-Type UK sure know a thing or two about old Jaguars, particularly the legendary E-Type Coupe. Produced from 1961 to 1975, the E-Type is a unanimous choice for the world’s most beautiful car title. And what could be more beautiful than a completely restored E-Type Coupe wearing the same paint and interior as it left the Coventry factory in 1964?

The Jaguar E-Type is so iconic that it remains a favorite among collectors and a growing number of restomoders worldwide. We’ve all seen various renditions of vintage E-Types as well, but this numbers-matching 1964 Series 1 Jaguar E-Type fixed head left-hand-drive coupe is one for the books. Of course, E-Type UK is the mastermind of this one-off masterpiece after sourcing a donor car from the snowy Norwegian mountains. 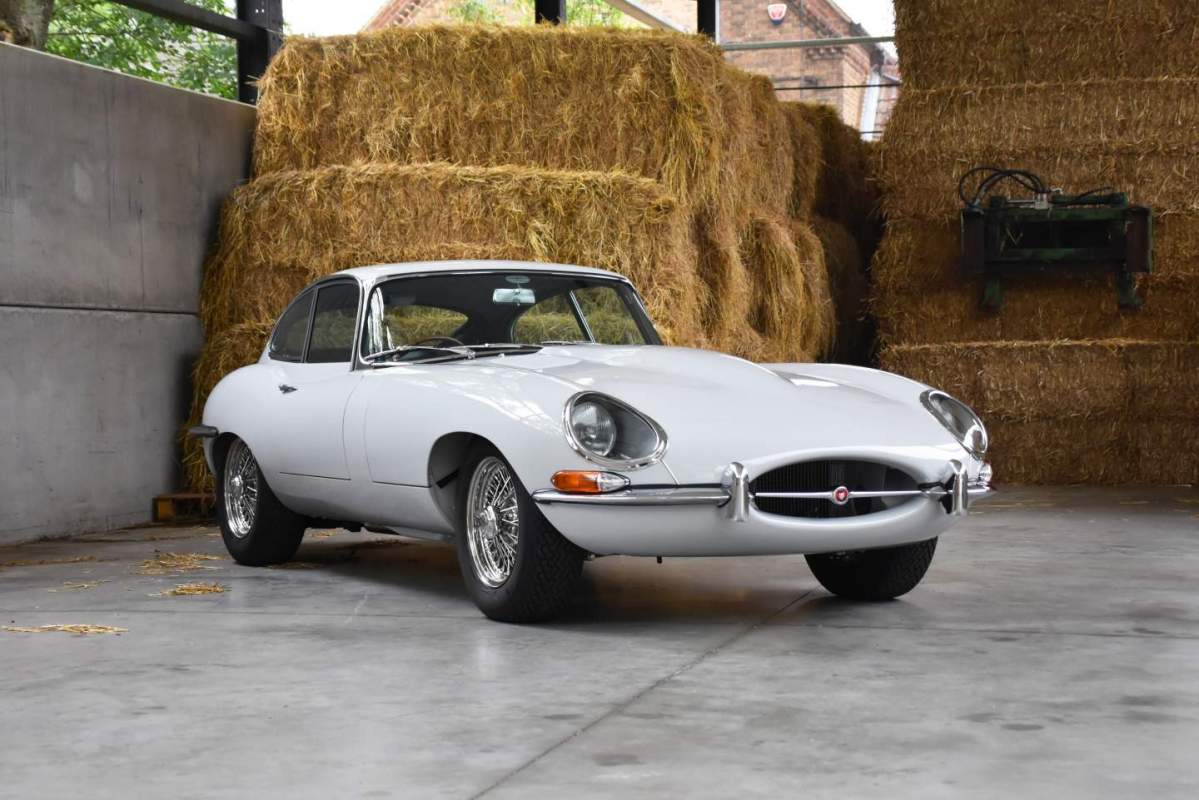 After finding out they got gold in their hands, the craftspeople at E-Type UK began the meticulous restoration process. The base car is wearing its heritage Pearl Gray paint and Dark Blue interior, a pretty rare sight, said E-Type UK. After inspecting every conceivable nook and cranny on the bodywork and underneath, the sandblasted body shell revealed a few minor flaws, expected from a car of this age. 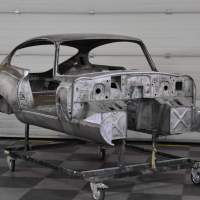 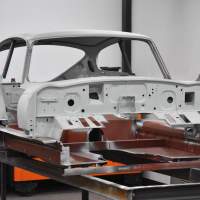 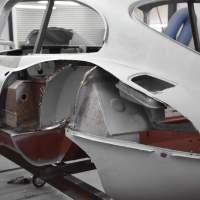 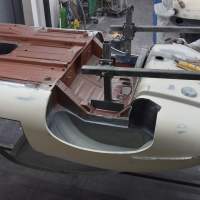 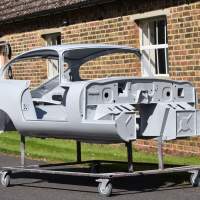 The car has a new floor, side sills, gearbox tunnel, bulkhead, inner/outer wings, and a new hood. After carefully aligning all the body panels, the body got a coat of filler and rust inhibitors for maximum rust and corrosion protection. Of course, it also got multiple coats of high-build primer before receiving a fresh coat of Pearl Gray paint and clear coat. 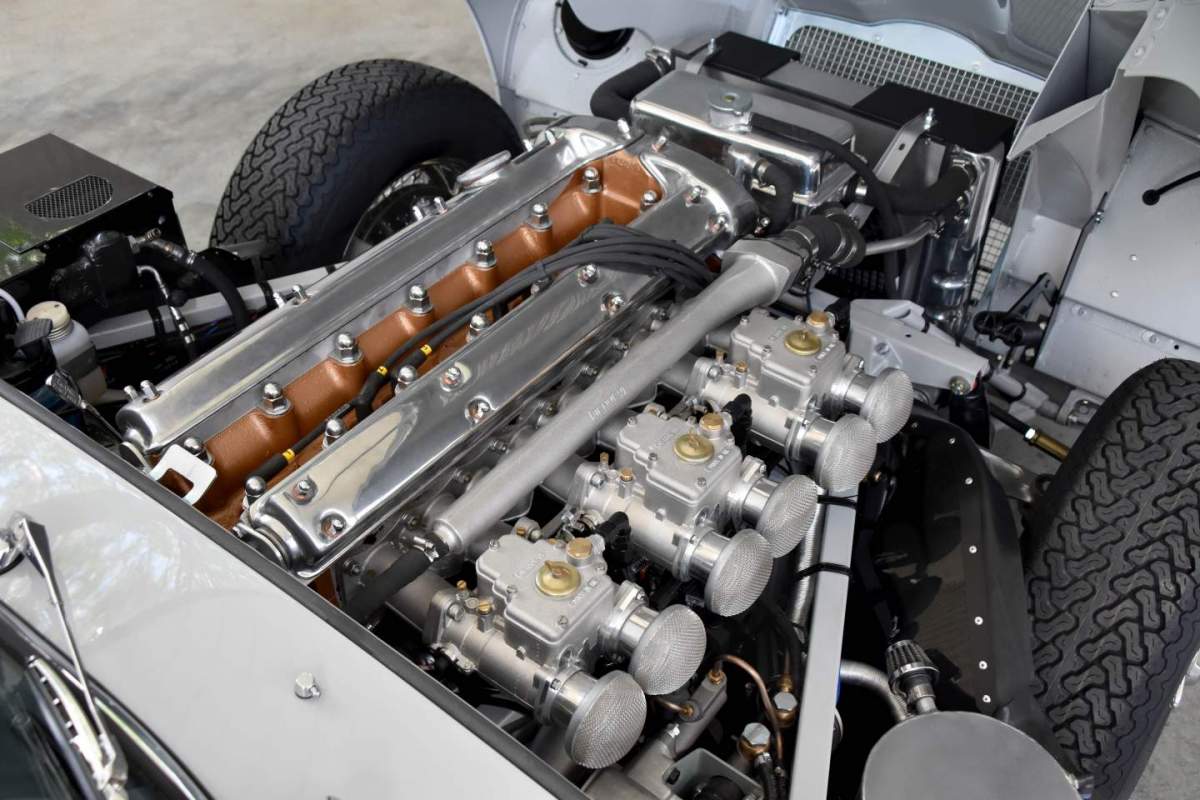 Under its magnificent hood is the original 3.8-liter XK inline-six motor with updated internals like high-lift camshafts, a lighter and balanced crankshaft with a lip seal conversion, and a new gas flowed head. 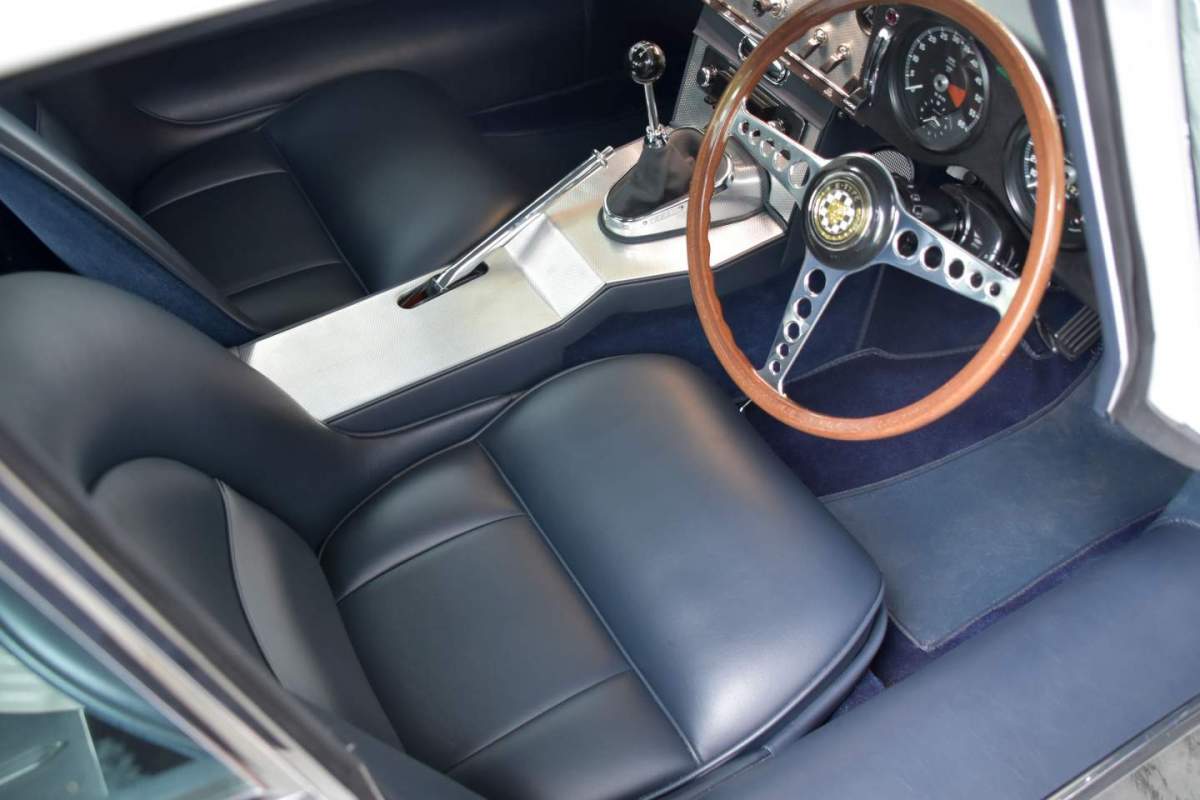 It also gets a custom fuel injection system hiding underneath heritage throttle bodies to retain the motor’s period-correct aesthetic. Other engine upgrades like a new alternator, an oil catch tank, high and low-pressure fuel pumps, updated air and coolant temperature sensors, an upgraded coil pack, and a five-speed gearbox are standard, too. 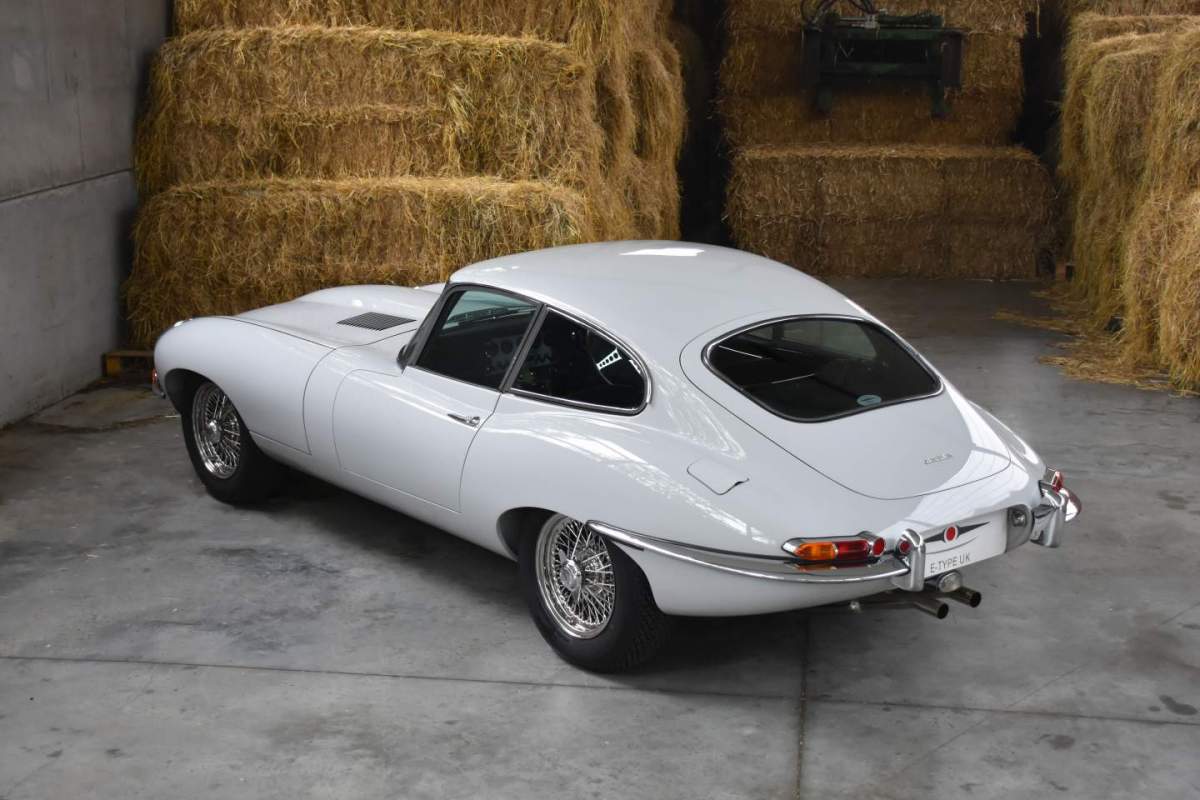 This one-off Series 1 Jag E-Type has an original Dark Blue leather interior and wooden steering wheel. It probably feels as wonderful to drive as it looks, and we want one so bad. But then again, E-Type UK’s Jaguar E-Type Unleashed starts at around $445,000, so we reckon a numbers-matching, factory-spec, one-off commission car can easily breach half a mil.