One of the most iconic sports cars ever produced is the Jaguar E-Type. The beautiful vehicle is highly sought after and features a design that is still popular and beautiful decades after it first rolled off the assembly line. A company called E-Type UK has revealed a restored and somewhat modified version of the car called Unleashed.

One of the key modifications to the Unleashed by E-Type UK sports car is a revised engine with displacement increased from the standard 5.3-liters to 6.1-liters. Originally, the V12 under the hood of the Jaguar featured carburetors, but Unleashed has custom fuel injection for improved reliability and performance.

Unleashed also gets a highly customized interior with custom seats featuring heated elements. The aluminum center console was custom-made for the car, and the vehicle features an engine start button rather than a key like many modern sports cars. The dashboard itself is finished in piano black, and the car has central power locking and LED dash illumination. 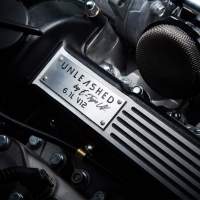 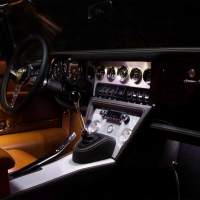 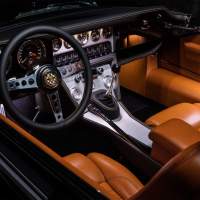 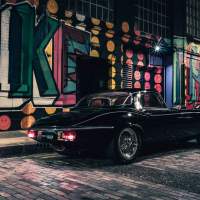 The restored vehicle is stunning and sells for about £325,000. That price is for the restoration alone. Anyone interested in the Unleashed by E-Type UK car has to provide the donor car, which will add to the price. Increased displacement and modern components in the engine allow it to produce 400bhp, up significantly from the stock 272bhp output.