Today we’re delivering a battle between the Samsung Galaxy S7 and its most-viewed and/or most battle-requested smartphones on the market. That’ll be the LG G5, which also isn’t out on the market yet, the Galaxy S6 – the predecessor to the S7, and the iPhone. In this case we’re pairing the device up with the iPhone 6S, since we don’t yet know what’ll be coming with the iPhone 7. For now we’ll have to settle with the devices that are the best either on the market today or will be very, very soon.

First you’re going to have to weigh this purchase against the Samsung Galaxy S6. That device has been on the market for around a year now, and now that the Galaxy S7 is coming soon, you’ll probably be able to purchase the S6 at a significant discount.

With that you’ll need to weigh the fact that you wont get the biggest and best updates in the universe anymore – and that all marketing will be focusing on the device you’re using’s replacement. That’ll be bittersweet. 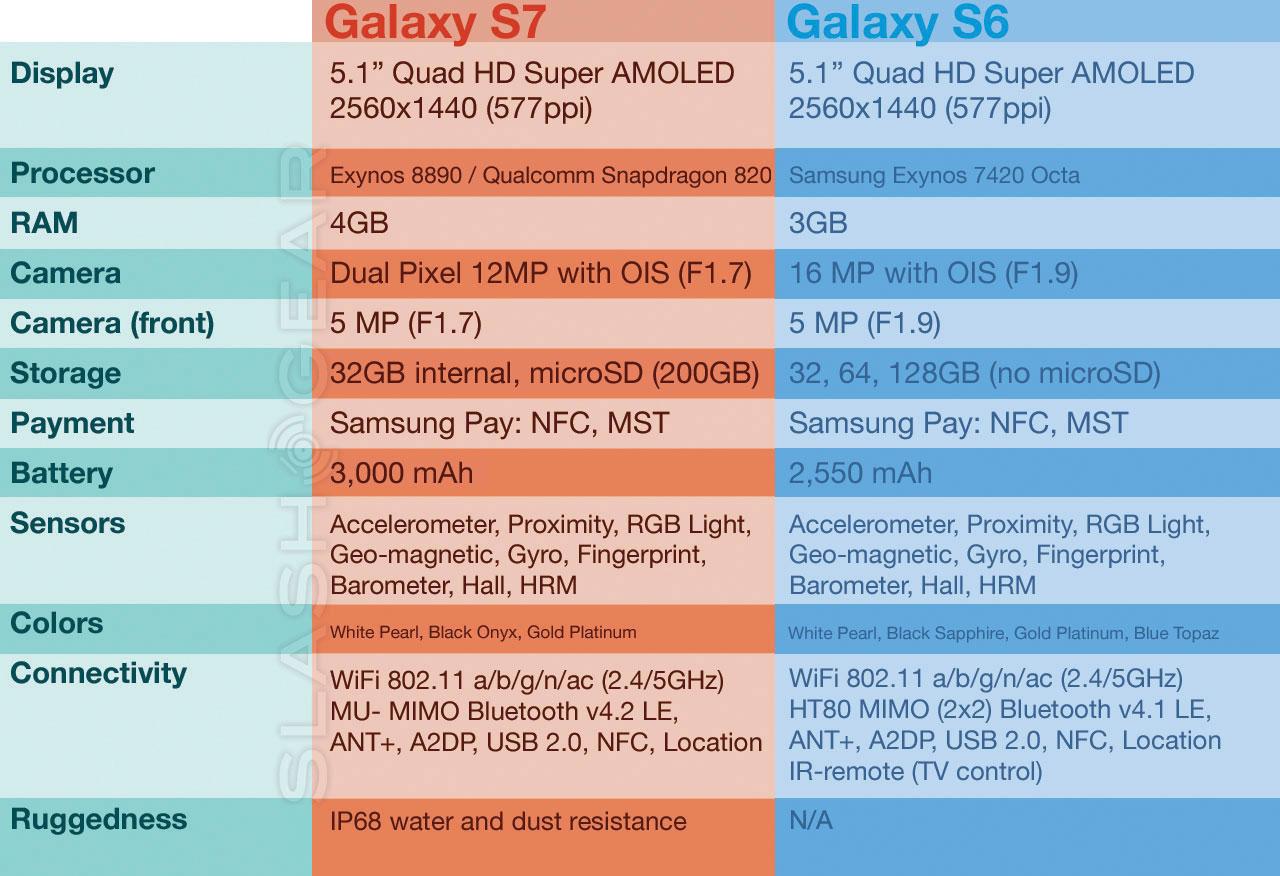 On the positive side, the Samsung Galaxy S6 works with the Samsung Gear VR, and the Gear VR that’s out now is the same as the one you can get for free with the Galaxy S7.

So that won’t be going out of style for updates or access to VR apps any time soon.

For more detail on the battle between the Galaxies, see our article Samsung Galaxy S7 vs Galaxy S6: specs battle for ultimate supremacy.

Next you’ll want to check out the futuristic powers of the LG G5. On the surface – based on these specifications alone – you’ll find these two devices to be very, very similar. Extremely similar. 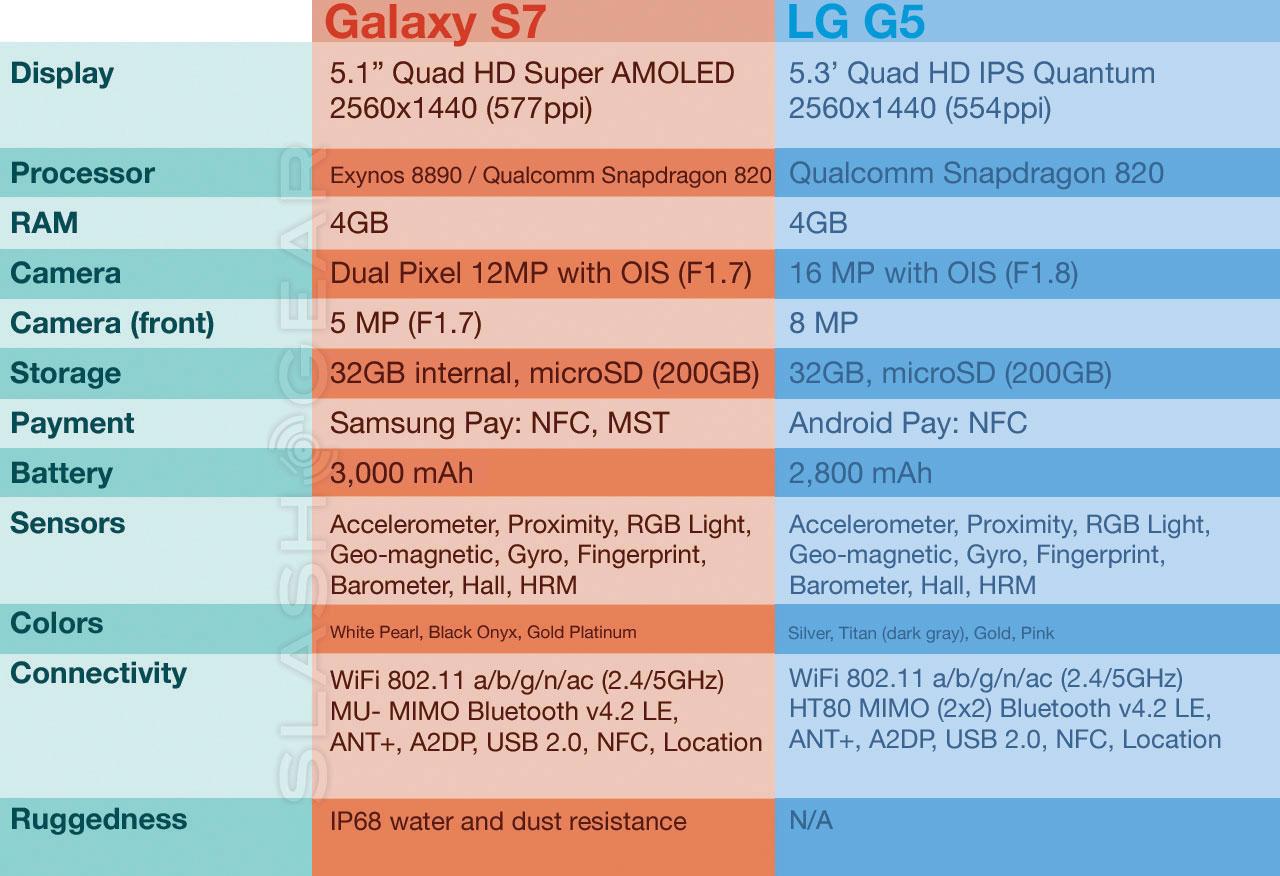 In reality, they’re quite different.

To get a real idea of why the LG G5 is so extremely different from the Galaxy S7, you’re going to want to drop in on our dedicated article Galaxy S7 vs LG G5, what you need to know before buying.

Both the Galaxy S7 and the LG G5 have virtual reality headsets available – we’re not sure when the LG G5’s headset will be coming out, but chances are it’ll join the G5 very soon after launch.

Samsung works with Oculus for their VR platform and they’ve been investing a LOT of time and effort into making their Gear VR platform huge.

So they’ve certainly got the edge there.

If you consider the LG G5 and the Galaxy S7 to be quite different from one another, this iPhone comparison must seem silly. These two devices might look SORT of similar, but they run totally different software, and every app you purchase on one will never transfer to the other’s ecosystem in the future. 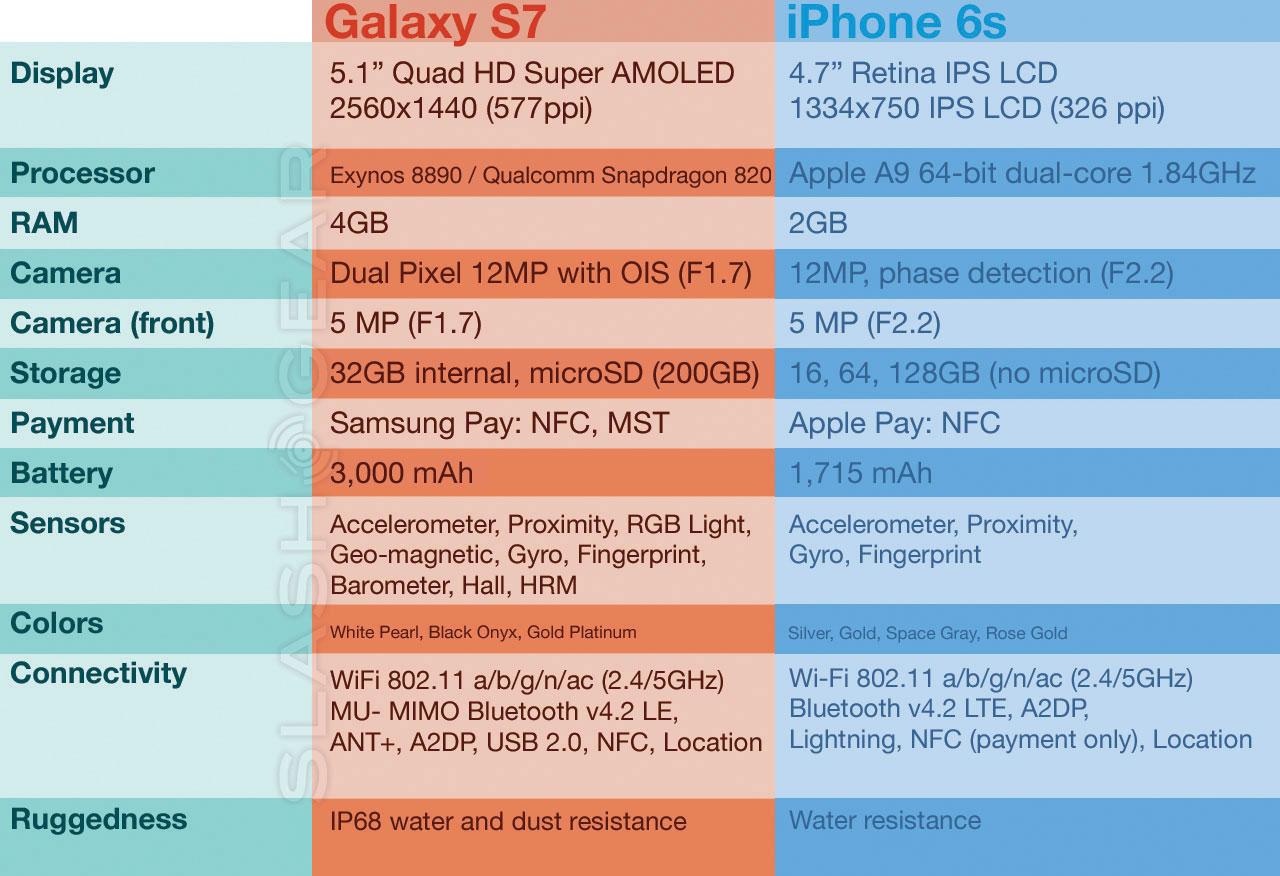 For more information on the war between Samsung’s Galaxy line and the Apple iPhone, head to our article Galaxy S7 VS iPhone 6s: a basic war of looks. It’s an epic battle you probably wont want to engage in.

See the timeline below for additional details on the Galaxy S7 as it inches ever closer to first release!