Hyper-realistic renderings of the iPhone 7 and the so-called iPhone 7 Pro have appeared this week courtesy of Martin Hajek. If you’re unfamiliar with the work of this 3D illustrator, have a peek at some iPhone 6 renderings, or a rendering of an Apple-designed BB-8, or Hajek’s early concept of the iPad mini. From there you’ll find that, while the images above and below may appear to be very real, they are indeed made by this 3rd-party artist, not Apple. They’re right on par with the details we’ve gathered over the past several weeks, as well – mostly.

The back-facing double-camera on the larger of these two iPhone 7 concepts – that we’ve seen several times. Two lenses, one maybe a little smaller than the other, right next to a single back-facing microphone hole and a circular flash. This camera setup would allow the device to focus quicker and/or take two different sorts of photos, one with a large-angle lens, the other with a more traditional smartphone lens – not unlike what we’ve seen with the LG G5 on Mount Rushmore.

ALSO TAP: My iPhone 7 wishlist in 3 parts (not just Android)

You can also see the unchanged location of the power button, the lock switch, and the volume keys. Along the bottom of the standard iPhone 7 you’ll find one row of speaker holes. This is in line with what we’ve seen before for the most part – we’ve also seen a concept for the iPhone 7 Pro with not two, but four speaker grids, two on the bottom, two on the top.

Down at the bottom you’ll also find a single microphone hole, two screws, and a Lightning jack.

The back-facing camera on the iPhone 7 concept here also has the large camera lifted up a significant amount above the flat back of the iPhone, complete with what we must assume is another sapphire glass cover to avoid scratches. There’s also a single microphone hole and another circle with flash LEDs inside.

Antenna bands curve around the tops and bottom backs of these devices, unlike past iPhones where they moved straight across the backs of iPhones near their top and their bottom. You’ll find the full set at Hajek’s CGTrader page. 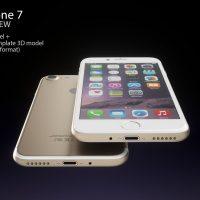 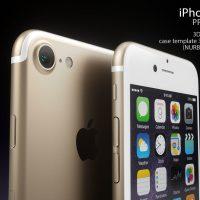 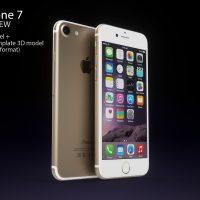 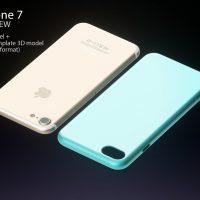 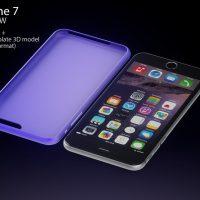 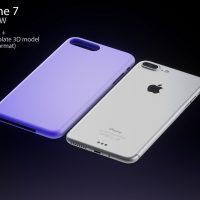 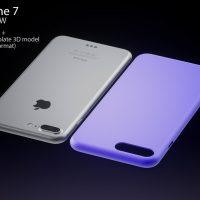 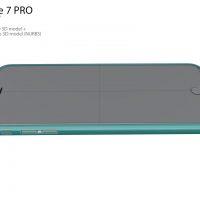 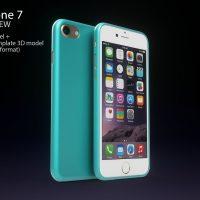 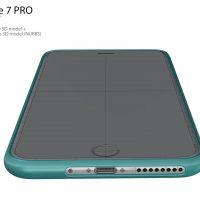 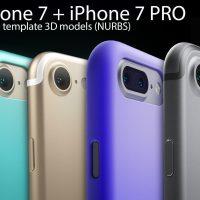 One item we’re still up in the air about is the Smart Connector near the bottom on the back of the iPhone 7 Pro. While it made sense to include this with the iPad Pro for connection to a smart keyboard dock/cover, here it’s a baffling addition – especially in this location.

Whether or not we’ll see this in the final product later this year – we’re still a ways away from confirming such a detail.

Have a peek at our timeline of iPhone 7 rumors and leaks below, and let us know if these changes are enough to make you want to move on from the iPhone you’ve got in your hand right now.