iPhone 6 NFC will only work with Apple Pay

What’s Apple‘s is Apple’s, and Apple tends to keep it that way. Mobile payment businesses, like the renamed Softcard, looking forward to a flood of iPhone users will have to wait a bit longer, or maybe even forever. An Apple spokesperson has just confirmed that the NFC on the iPhone 6 and the iPhone 6 Plus will work with Apple Pay and only with Apple Pay.

When rumors and news of NFC on an iPhone broke, it was already seen as a gateway primarily for mobile payments. Unfortunately, it seems that it was only for that purpose alone, at least for now. Any hopes of putting that NFC chip to good use outside of Apple Pay are now practically dashed, but in truth, it might not be a big deal yet for iPhone users.

It is true that they will still remain left out of many NFC-based applications today, but really how many are there that can’t be addressed by some other existing wireless technology. The biggest use of NFC in devices these days are for one-touch pairing, something that can be done without NFC as well, though less convenient and less instant. Transferring data can only be done in small chunks and within very small distances. Bluetooth, which Apple has long employed in its devices, is still the champ there.

The most non-trivial use for NFC one can probably think of, outside of mobile payments, would be programmable NFC tags (think Samsung TecTiles) or tattoos, and it seems that Apple is not interested in either sort, at least for now. 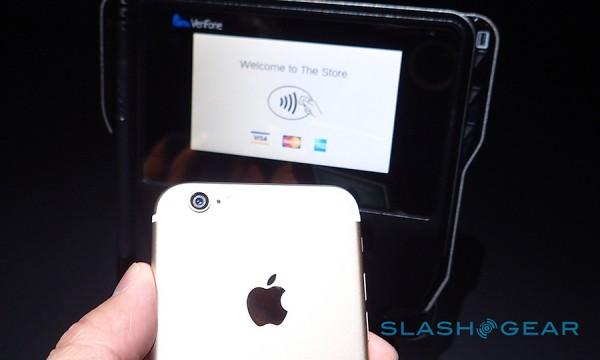 That said, not all is lost and Apple’s silence on future matters leaves the door open for some hope. This is the same situation for Touch ID when it launched last year but now in iOS 8, Apple has invited developers to take advantage of its biometric security.

The iPhone 6 NFC could follow that same path, remaining exclusive to Apple’s walled garden until such time the company sees fit to unlock the gates. When that time will come is anyone’s guess.

VIA: Cult of Mac