The teardown pros iFixit have already opened up Apple’s new iPad Pro, as well as the Apple Pencil, so the only other major accessory for the tablet awaiting the treatment was the Smart Keyboard. iFixit published its impressions of the Smart Keyboard this week, sharing photos of the keyboard and smart cover combo in its progressive state of disassembly. Seeing as how it’s made of layers of fabric and plastic sewn together, it really isn’t meant to be taken apart, and thus scored very poorly in the site’s repairability category.

One of the biggest discoveries was that the Smart Keyboard’s keys features a design borrowed right from Apple‘s Retina MacBook, with the same type of switches. Aside from that, the main materials used in the accessory include microfiber, plastic, and what Apple called polyurethane. These all contribute the keyboard’s resistance to water and stains. 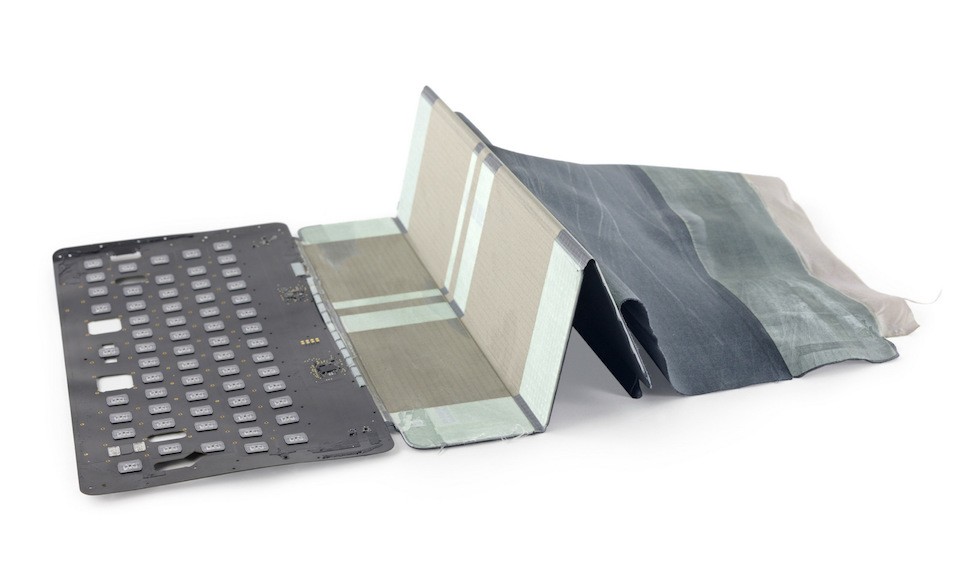 After prying off the plastic layer, iFixit notes how the thin keycaps simply pop out. Underneath is a circuit board with 64 dome switches, and little else except for channels that lead to small vents believed to let air escape each time a key is pressed. Finally, at the end, they reveal three fabric strips which serve to connect the keyboard to the Smart Connector and allow two-way power and data.

“While durable, the keyboard is impossible to open without damaging, meaning no internal components can be replaced without destroying the device,” iFixit concludes their teardown. This was pretty much the same thing with the Apple Pencil, and is fairly standard for the computing accessories we see today. 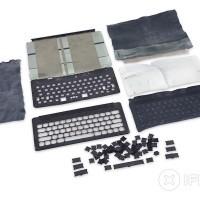 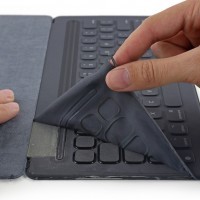 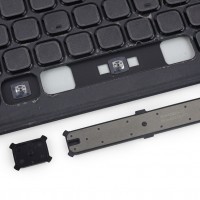 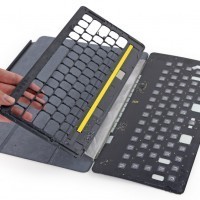 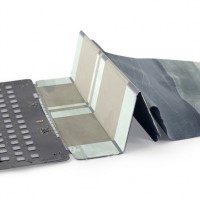