In all the Apple event news yesterday, one little detail was overlooked: The Golden Master version of iOS 9 was released to developers, but along with it was the first beta for iOS 9.1. Only available to registered members of Apple’s developer program, the significance of the update is that it includes a bunch of the new emoji we’ve been hearing about for so long. There’s new emoji in just about every category, including food, people, animals, and objects.

Once the iOS 9.1 beta is installed, all the new emoji appear in their respective categories on the keyboard, just like they’ve always belonged. Among the standard yellow faces are one with “nerdy” glasses, one with dollar signs for eyes and a green tongue, the hand on chin in a “deep thinking” manner, one with a hat and microscope, and what will surely be popular, the eye-roll. 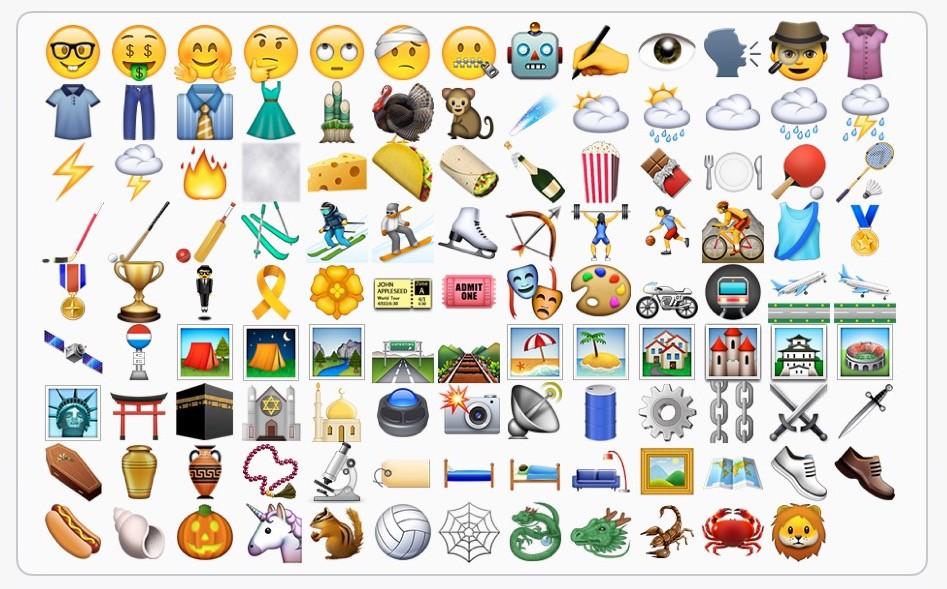 In food we’ve now got the much requested taco and burrito, along with popcorn, a champagne bottle, a hunk of cheese, and a hotdog. New animals include a crab, lion, scorpion, unicorn, and chipmunk. New objects and activities run a wide gamut, with a bow and arrow, a satellite, crossed swords, a coffin, prayer beads, a microscope, a skull and crossbones, a spiderweb, and many, many more.

There is another category I haven’t mentioned yet, and that’s the hand gestures. There’s the innocent enough hand holding a pen/pencil, and the much more surprising middle finger. Well, it’s not a complete shock, as we’ve known for some time that it was getting added to Unicode 8.0, but it’s a bit unexpected that Apple is supporting it. It will be among the emoji that have different skin tone options. Of course, none of would sink so low as to use such a rude gesture in our text messages, would we? 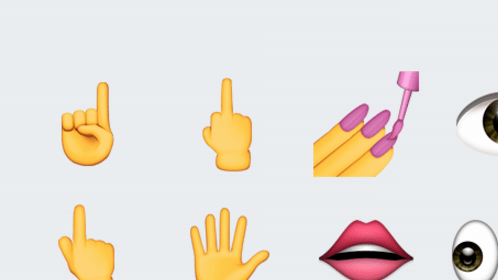