iOS 7 Siri gets serious: out of Beta at last

As of the 18th of September, iOS 7 will be out in the wild, and with it the final (or first, however you like to see it) full version of Siri. Up until now Siri has been labeled with a “Beta” tag by Apple for all of the devices that’ve used it – iPhone 4S, iPad 3rd and 4th generations, iPhone 5 and all. Now with the launch of iOS 7, this “supercharged” version of Apple’s virtual assistant Siri will be sent out to the masses.

As indicated by a 9to5Mac reader, Siri has appeared on Apple’s homepage without its standard “Beta” tags here and there. You will now see both the iPad 4th generation and the iPhone 5s working with this new version of Siri on the Siri homepage where previous to this week you’ll have seen the iPad 4th generation on its side alongside the iPhone 5 – both with the iOS 6 version of Siri, still in Beta.

Taken out here is the set of 2D/3D aesthetics and the addition of a brand new set of “audio waves” and flatness in graphics all around. There’s also one line of difference between these presentations – Apple now suggests that Siri “understands what you say, knows what you mean, and even talks back.” 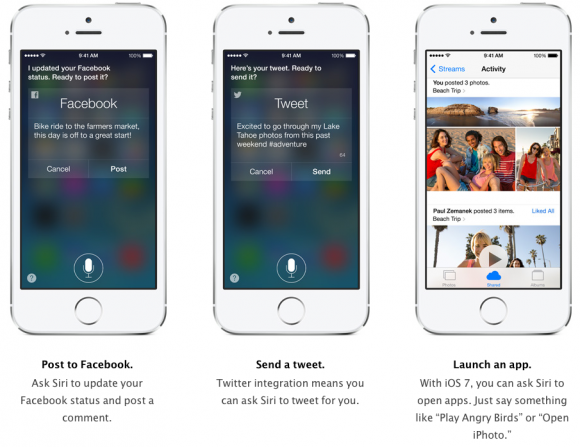 It should still be noted that requirements for this newest (iOS 7) version of Siri will stick and stay the same as every Apple-owned Siri in the past: iPhone 4s or later, iPad with Retina display, iPad mini, and iPod touch (5th generation) – and you’ll need internet access as well.

New bits and pieces in Siri as of iOS 7 include searches in Wikipedia specifically, searches in Twitter, web search results from Bing (as opposed to Google, for example) that stay in Siri (as opposed to moving you out to Safari to see web results), and a new redesigned interface that fits in with the rest of iOS 7. 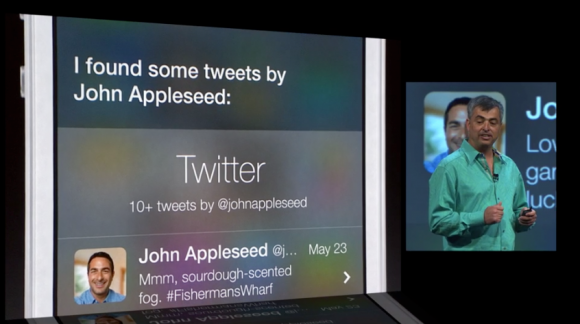 Siri is also being updated with a new set of voices – you’ll find new female and male voices (you can choose which you want to work with), each of them in “U.S. English, French, and German” according to Apple – “initially”, that is. Apple also suggests that features may vary by area and that Siri may not be available in all languages or in all areas – you can see a full list of area availability straight from Apple for Siri features: Sports, Twitter Integration, Facebook Integration, Local Search, Directions, Restaurant Information, Restaurant Reviews, Restaurant Reservations, Movie Information, Movie Reviews, and Movie Showtimes. 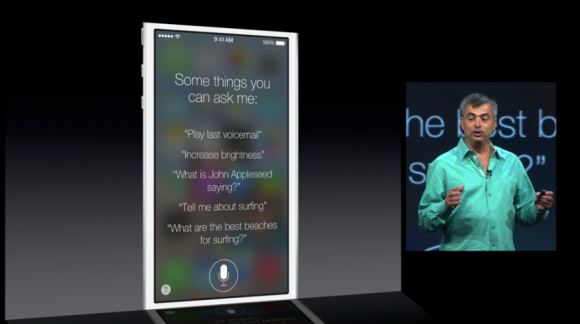 You’ll also find unique abilities like multiple pronunciations of names and a solid edition of app launching – any app, that is. And you’ll be able to ask Siri “what can you do” as always to see the full extent of her (or his) abilities.