All the way back in the year 2015, Microsoft suggested that they would end Internet Explorer branding in Windows 10. It didn’t… necessarily happen the way we expected. It was a bit more like a magic trick where Microsoft made a different browser (called Edge) and started to put Internet Explorer efforts on a melting iceberg.

In December of 2018, Microsoft urged the Windows user universe to update their browsers or just go ahead and switch to Edge. This was due mostly to a security issue with all versions of Windows and versions of Internet Explorer all the way back to Internet Explorer 8. That security flaw persisted at least through January of 2020 – and users are still likely sitting out there with non-updated IE today. 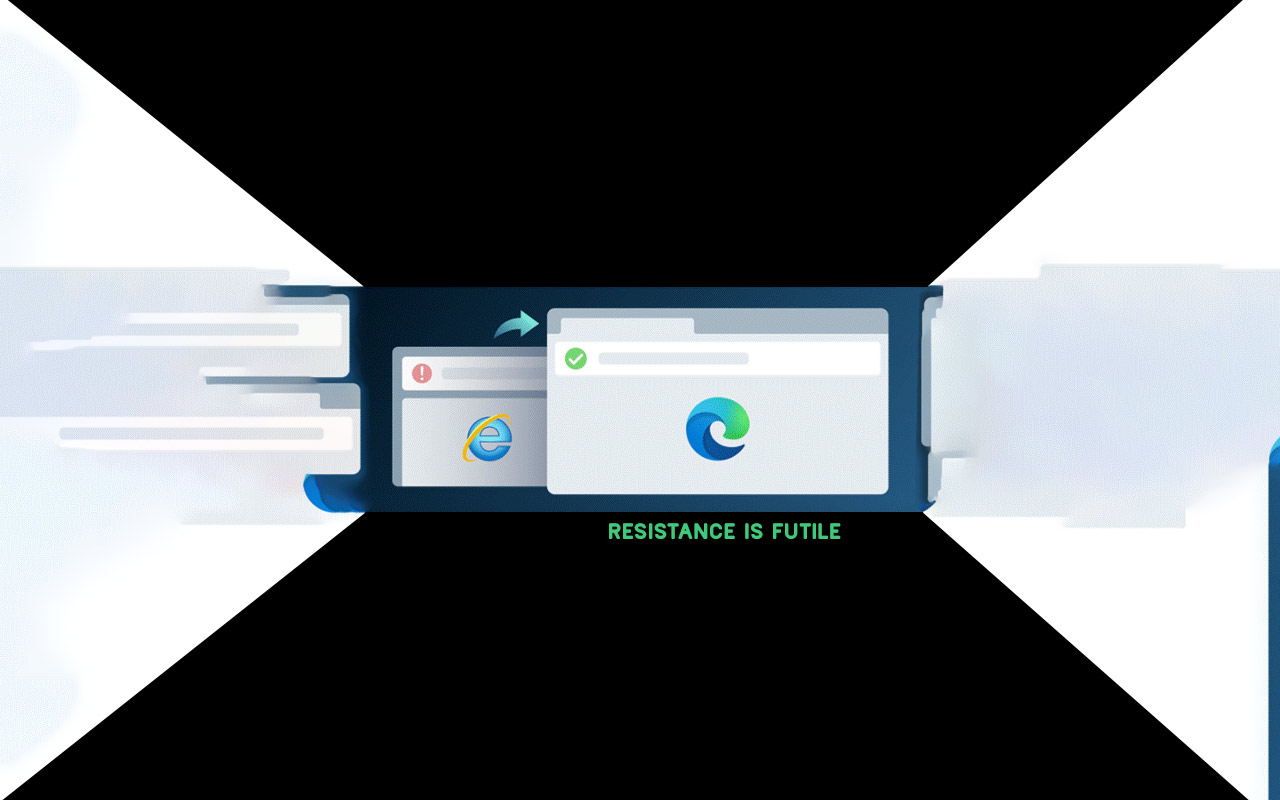 In August of 2020, Microsoft started forcing hands, effectively. Users were told that Internet Explorer would be retired for real, and the earliest versions of Microsoft Edge would need to be updated, too. The hobbling of IE was put in full effect in October of 2020.

Microsoft’s insistence on promoting Edge on Windows machines should be VERY evident to anyone who has purchased a Windows machine in the last year or two. The same is true of everyone with a new version of Windows – Microsoft REALLY WANTS YOU to use that Edge. 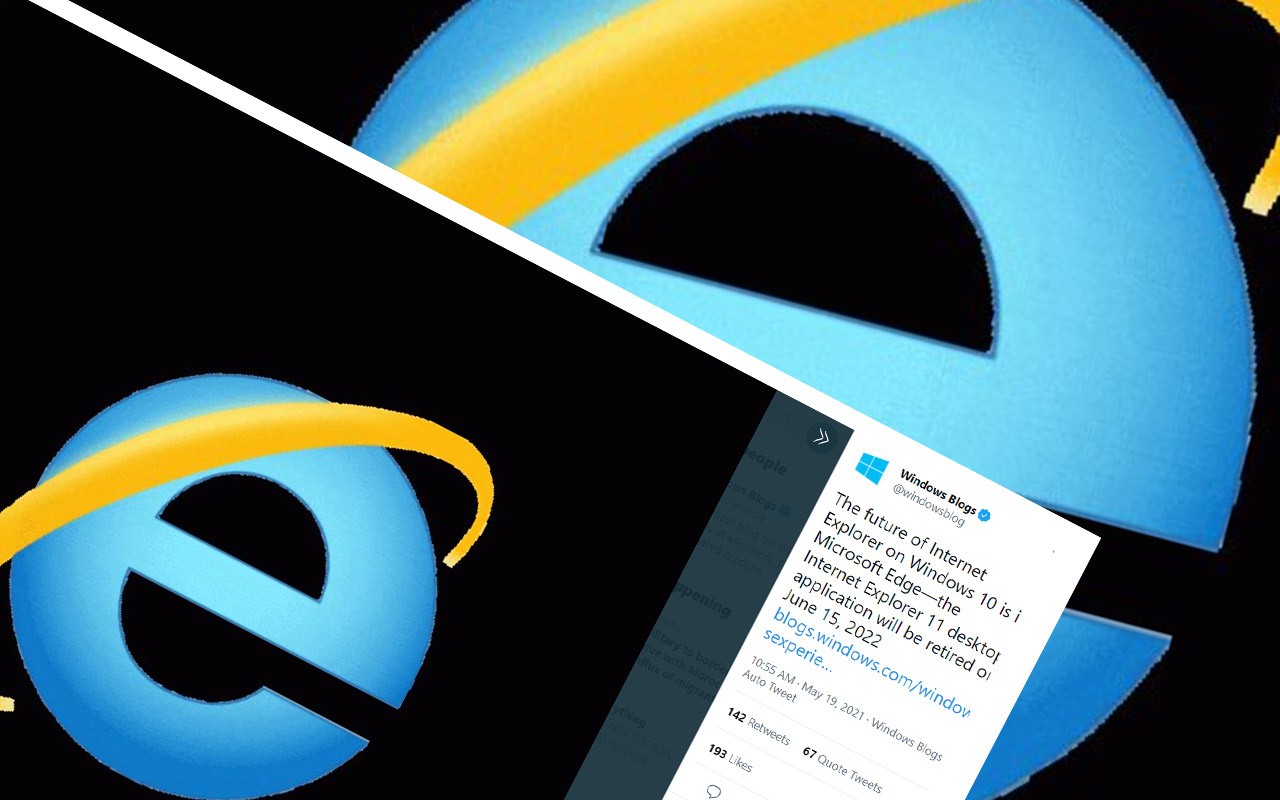 It seems appropriate that the final warning on the official Windows Blog was topped with an animated gif, complete with jagged edges courtesy of a transparent background. 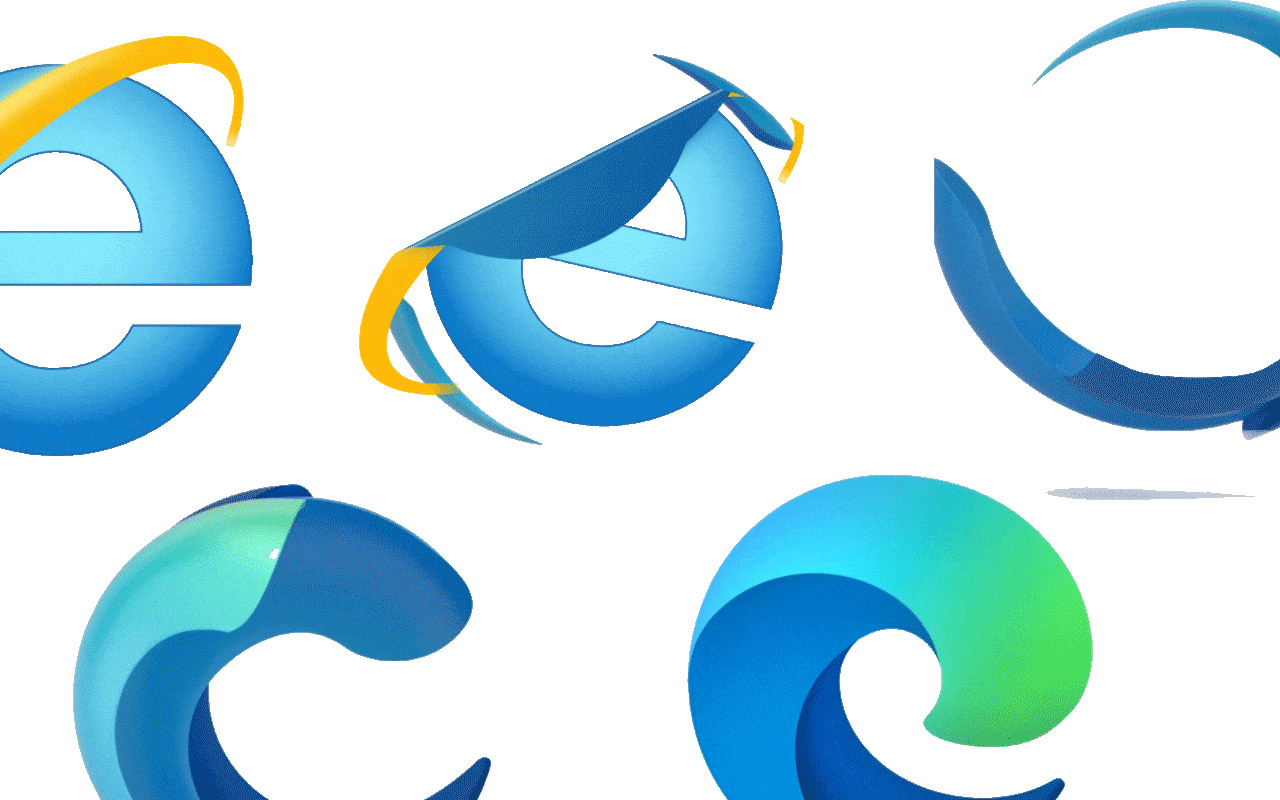 This sort of image doesn’t translate well as a blog image as it’s translated to images like the following when automatically read and republished by sites like Twitter. It’s inconsistencies like this that remind us of the nastiest bits of the evolution process from Web 1.0 to where we are today, where things… should be prettier by default.