On a purely technical level isolated from all contexts, the new Chromium-based Microsoft Edge web browser may actually have a lot going for it. It is compatible with almost all websites, thanks to the same backend that Google Chrome itself uses, and Microsoft has added features that improve performance or offer users a lot of conveniences. Unfortunately, perception can do a lot to make or break a product, regardless of its strengths, and Microsoft’s aggressive push to bring Edge to Windows users’ consciousness may ironically sour the web browser instead.

At a time when Google is being scrutinized for how it is using its own platforms to get an edge, no pun intended, over its competitors, Microsoft is seemingly unconcerned about inserting what are practically advertisements for its apps everywhere on Windows and the Web. Such ads have popped up on the Start Menu and Windows Search and now it seems that the Taskbar could be the next venue for those ads is the Windows Taskbar. 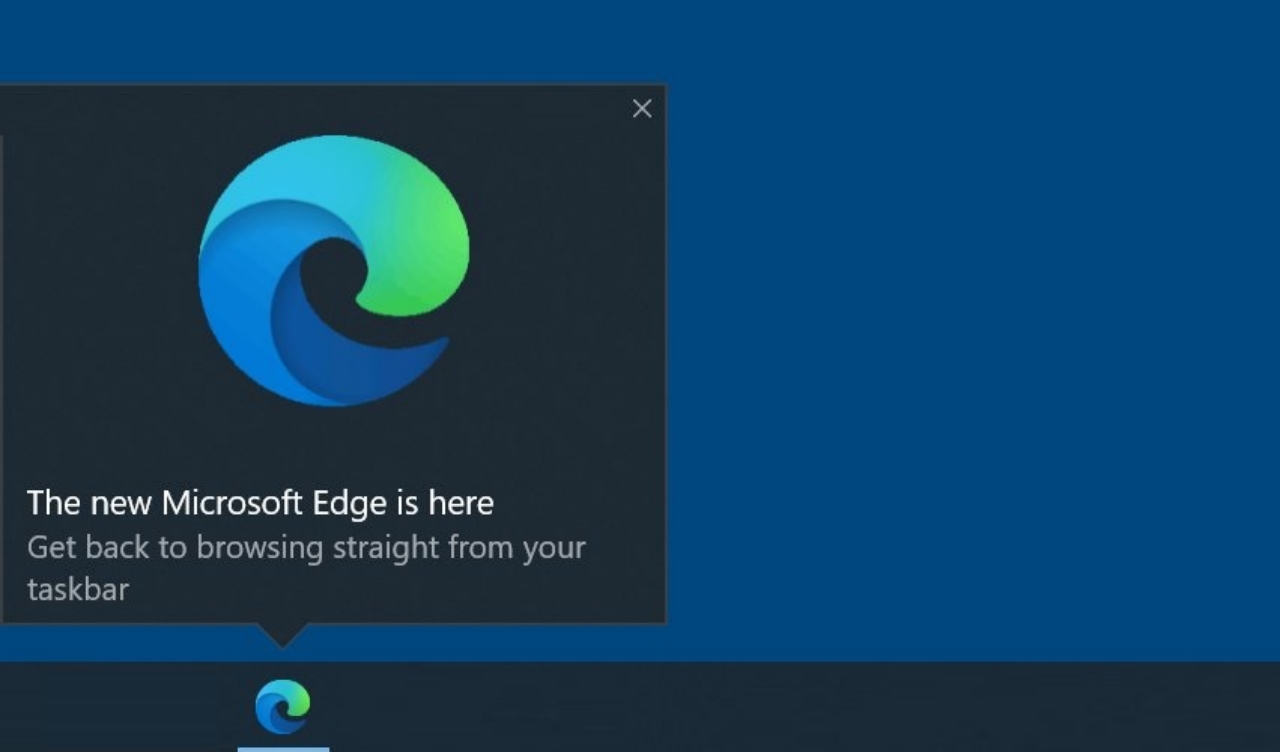 Windows Latest reported sightings of the pinned Edge icon on the Taskbar popping up a notification to open Edge, even if you’re already running Edge somewhere in the background. Fortunately, sources claimed that this is simply a bug, or rather the fact that Windows couldn’t detect that Edge was already running is the bug. The fact that a Taskbar icon can suddenly flash a notification ad like that is probably an upcoming feature.

What is definitely not a bug is how Internet Explorer will soon open some sites and pages automatically in Microsoft Edge. These sites, which include YouTube, Instagram, Twitter, and other popular “modern” places on the Web are deemed incompatible with Internet Explorer’s ancient and vulnerable technologies. This will reportedly only happen if both IE and Edge are installed, which should be the case for all Windows 10 PCs after the October 2020 update, though system administrators may still be able to suppress the default behavior, at least for now. 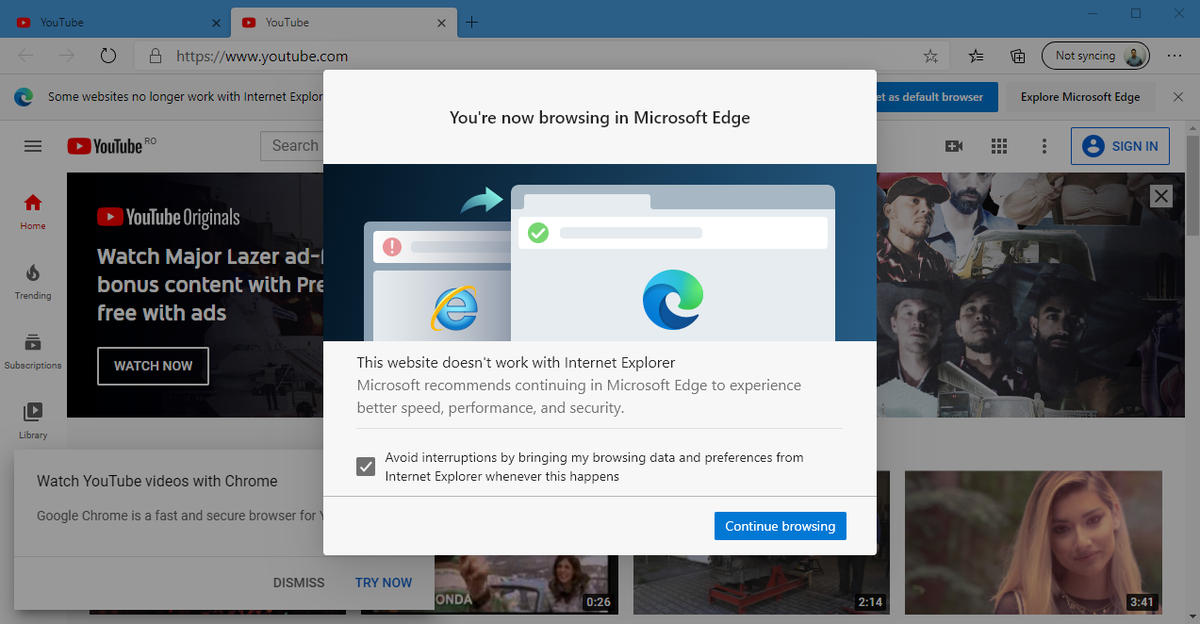 Given how Internet Explorer has become a liability on the Web, it’s really no surprise that Microsoft is trying to push everyone off it. That, however, is just the latest in Microsoft’s very pushy attempts to shove Edge on everyone’s faces, creating an air of negativity around what is otherwise a notable product. Then again, considering Microsoft’s almost comical attempts to push Windows 10 years ago, that isn’t surprising either.