Intel is baking Thunderbolt 3 into its new chips and ditching licensing fees, in order to avoid adoption of the high-speed connection stuttering to a halt. The processor company said today that it will make it much easier – particularly more affordable – for third-party hardware companies to embrace Thunderbolt 3, the multi-purpose cable which can deliver data, video, and power over a single connection. The move has already won approval from Apple and Microsoft.

It’s probably fair to say that neither Thunderbolt nor Thunderbolt 2 had quite the game-changing impact Intel and others hoped for. The high-speed interconnects were billed as the answer to rapidly increasing data throughput demands of virtual reality, 4K+ video editing, and more. They’d even blur the lines between internal and external upgrades, so the promise went; none embraced such a vision as completely – and, with hindsight, so disastrously – as Apple with the cylindrical Mac Pro.

That revolution didn’t happen. Peripherals, when there were released, proved to be unduly expensive; many professionals in the creative industries Thunderbolt was pitched to decided that USB 3.0 was fast enough. Now, Intel is looking to avoid making the same mistakes with Thunderbolt 3. The chip company announced a two-step process to that end today.

For a start, Thunderbolt 3 will be integrated into future Intel CPUs. Rather than the current system, which requires a separate Thunderbolt 3 controller, Intel will bake support into the CPU silicon. It’ll demand less board space, opening the door to slimmer and smaller notebooks and tablets, while also being more power efficient since there’ll be fewer components. 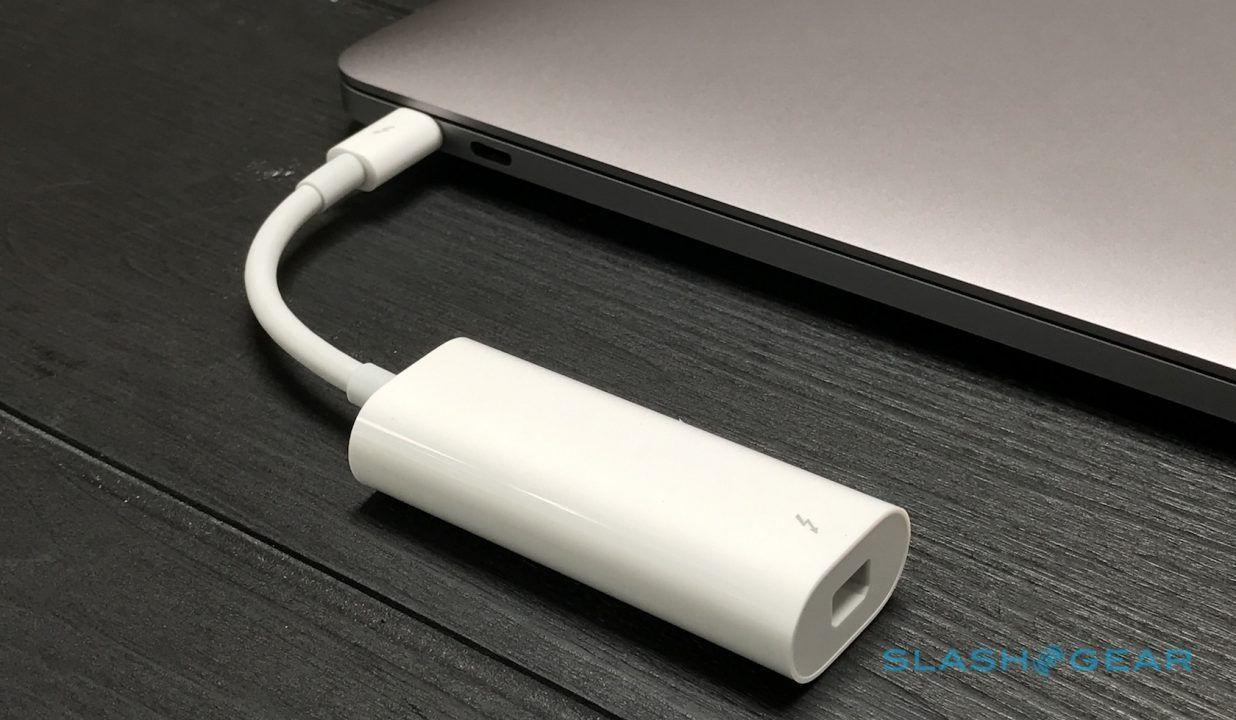 Arguably more important, though, is Intel’s decision to scrap licensing fees. Next year, the chip company says, it’ll make the Thunderbolt protocol specification available to the tech industry under a nonexclusive, royalty-free license. In short, companies making accessories, peripherals, and systems using the technology will be able to implement Thunderbolt 3 without having to pay Intel for the privilege, while third-party companies will be able to make their own versions of the controllers.

“Releasing the Thunderbolt protocol specification in this manner is expected to greatly increase Thunderbolt adoption by encouraging third-party chip makers to build Thunderbolt-compatible chips,” Chris Walker, vice president of the Client Computing Group and general manager of the Mobility Client Platform​ at Intel, suggests. “We expect industry chip development to accelerate a wide range of new devices and user experiences.”

As you might expect, having worked with Intel on the initial Thunderbolt development, Apple is already onboard with the idea. It launched the MacBook Pro with Touch Bar last year, ditching every legacy connector but the 3.5mm headphone jack in favor of four USB Type-C Thunderbolt 3 ports. Each of those ports can supply power to the notebook, hook up to a data peripheral such as an external drive, or be used to connect a display. It’s in the Cupertino firm’s best interest to see adoption increase more broadly, and help its users avoid living “that dongle life.”

Microsoft, meanwhile, has been stung with criticism recently for not equipping its latest machines – the Surface Laptop, announced earlier this year, and the Surface Pro that was revealed yesterday – with Thunderbolt 3 or indeed USB Type-C ports of any sort. However, it too says it’s working with Intel to embrace the interconnect. “The Windows 10 Creators Update enhanced plug-and-play support for Thunderbolt 3 devices,” Roanne Sones, general manager, Strategy and Ecosystem for Windows and Devices, said of Intel’s news, “with additional enhancements planned for future OS releases.”

Almost 150 different PC designs and systems using Thunderbolt 3 are expected to be on the market by the end of the year, Intel predicts. Meanwhile it’s expecting docking stations, super-fast external storage, and 4K virtual reality headsets getting power, data, and video from a single cable from a PC to hit the market.