Intel has announced a new RealSense model, the latest in its depth-tracking cameras with the promise of extra range and precision. The Intel RealSense Depth Camera D455 looks at first glance like a Microsoft Kinect, and indeed one of its talents is movement tracking. However rather than gaming, Intel expects it to be used in robotics, healthcare, and other environments.

It’s a stereo vision camera – unlike some of Intel’s more affordable models, which rely upon a single sensor – which allows things like depth measurement in scenes within such applications. In healthcare, for example, a D455 camera mounted in a hospital room could track the movement of a patient, using AI to trigger specific alerts should something dangerous be happening, but not distracting nurses or other healthcare providers for more mundane movements.

Compared to the last generation of stereo vision RealSense cameras, such as the old D400, this new D455 doubles the range. The optimal range is now 6 meters – just shy of 20 feet – without a cut in field of view. Intel also added global shutters for the depth and RGB sensors, meanwhile, that can improve the correspondence between the two data straps they generate, along with matching the field of view between those sensors. 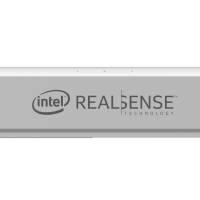 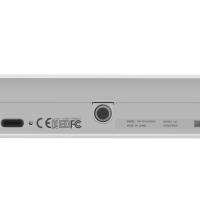 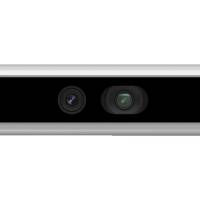 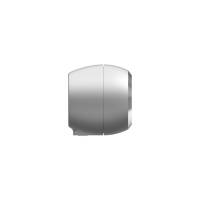 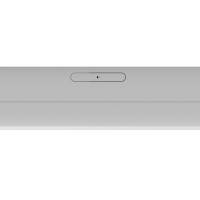 An IMU has been added, which can help refine the depth awareness in situations where the camera moves. That could be useful in robotics, where the D455 could be used to enable obstacle avoidance or when interacting with moving objects.

The depth sensors themselves re now 3.74 inches apart, helping with accuracy across the extended range. They’re also mounted on the same stiffener as the RGB sensor, which Intel says helps with color and depth alignment. That RGB sensor also now has the same field of view as the depth sensors.

The result is less than 2-percent Z-error at four meters, or 13 feet, Intel claims. What hasn’t changed, however, is the software side. Applications built using the RealSense SDK 2.0 will be able to tap into the new D455 with the same code base, the chip-maker promises.

That should make integrating it into existing systems – which may already be using internal geolocation sensors and even Intel’s low-cost RealSense LIDAR sensor – more straightforward. Pre-orders of the RealSense Depth Camera D455 open from today, with the camera priced at $239.