The folks at iFixit have torn down the newest Apple mega-computer, the iMac Pro. This computer looks like an iMac – that is, an all-in-one computer with a sleek stand – but it’s got the guts of a much more powerful beast. As the folks at iFixit said, “this iMac Pro isn’t jut a reskinned iMac after all.”

This iMac Pro is just as difficult to open, much less to repair or upgrade, as its 21.5-inch iMac relative (iMac 5K). The shape of the body and that extreme difficulty in taking devices apart are two of three major similarities between the two. The third similar element is a LG display panel – the same LG display panel as its 5K predecessor. 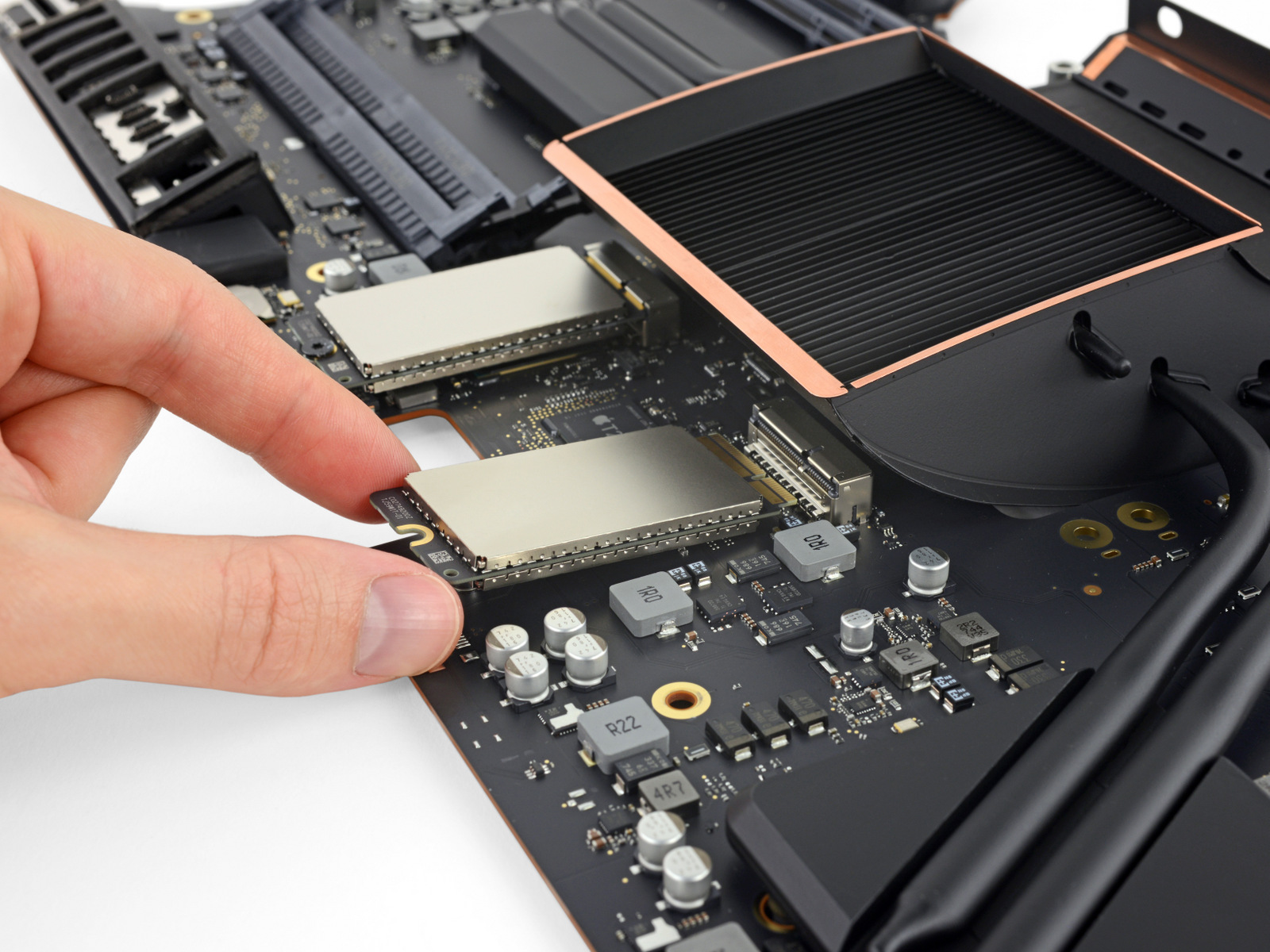 If one wants to go through the trouble of dissembling this iMac Pro, the RAM, CPU, and SSDs are replaceable and upgradeable.

This machine includes an Apple T2 chip. This T2 is the next in a line of T chips, its predecessor appearing in the 2016 MacBook Pro with Touch Bar. This chip handles the hardware encryption engine, Secure Enclave, SSD controller, audio, camera, and all the functions of the SMC.

It would appear that Apple’s done something similar to the removal of the headphone jack (in the iPhone) here with the lack of RAM door. Said RAM door remains with the most recent non-pro iMac 5K with 27-inch display – you can also see it in the 2015 27-inch iMac with Retina 5K display. But that’s not here in the “iMac Pro.” 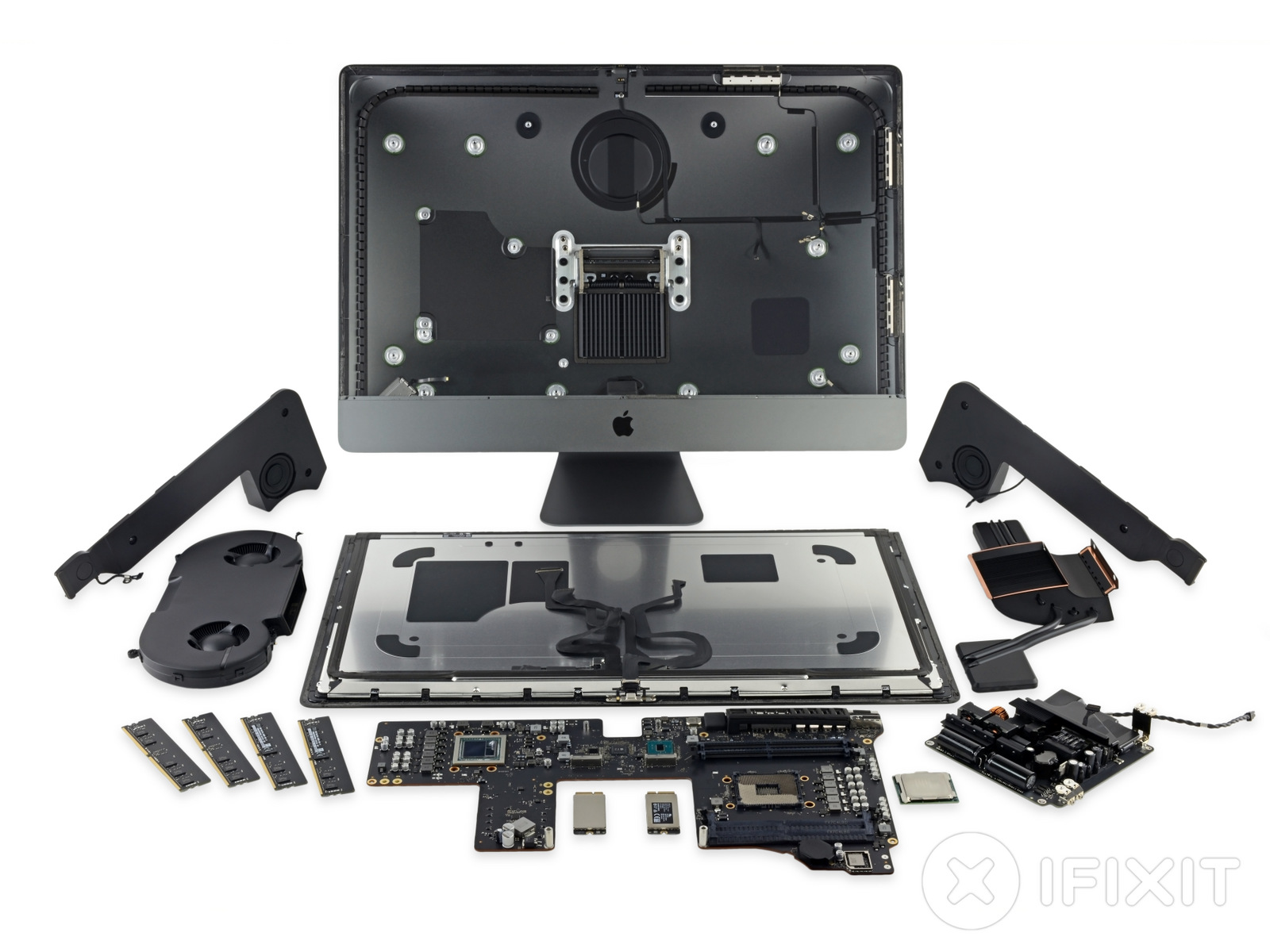 The removal of some options makes way for others. In this move, Apple clearly made room for their overhauled cooling system, giving the machine an additional 80% cooling capacity over its predecessors. There’s a lovely massive heat sink, a bit fat rear vent, and a dual-fan cooler.

For more information on this iMac Pro, have a peek at our all the details post. You could also opt for our iMac Pro hands-on from WWDC. Both are acceptable and encouraged!