If this is the iPhone 5, Android has a problem

Apple isn’t due to show us the new iPhone 5 for another few months, but a purported leak of the next-gen smartphone could well indicate the extent of the headache Android has fast approaching. Taller and thinner, with a more engineered, structured design than the delicate glass and metal sandwich of the current model, if the leaked shots are to be believed then this could be the most significant outward evolution of the iPhone to-date. Nonetheless, there’ll undoubtedly be those that look at the slightly larger display and aesthetic tweaks, and dismiss the iPhone 5 as “more of the same.” In some ways, the spec-sheet arms race of Android devices has left us spoiled overall. If it hasn’t got twice as many cores as before, a vast display, and more megapixels than the latest Canon DSLR, then it’s hardly worth us paying attention to, right?

Yet here’s the deal: Apple’s iPhone 4S made a few tweaks to its predecessor and sold millions. Sure, iPhone sales last quarter disappointed the market, but that’s in no small part because the market seems to have a better understanding of what counting money would be like than it does the life-cycles of smartphones.

There is a tremendous hunger for a “new” iPhone, no matter what it brings to the table. For many, the exact functionality doesn’t really matter: they just want an iPhone, either because they’ve heard the name so many times, or they’ve been told so often that that’s “what a smartphone is.” Equally, there’s a sizable fashion element there too, with there being a perceived cachet by many around having a device with the Apple logo.

So, if sales of the iPhone 4S – outwardly identical to its predecessor, mind – were strong, how about if Apple releases a handset obviously difference from the most recent two versions? No more casually triggering Siri to prove you have the latest model; your cutting-edge status will be obvious from the start.

Why is that a problem for Android? Because smartphone ownership is one part common sense, one part budget, and one part lust. For Android, that lust is often spec-led: we see a beautiful Super AMOLED Plus display on a Samsung, for instance, or a high-megapixel count on the camera of an HTC. It’s also arguably the easiest to deliver if you’re a manufacturer. As long as you have the budget, you simply trawl the latest from the component suppliers and piece together something suitably wowing. 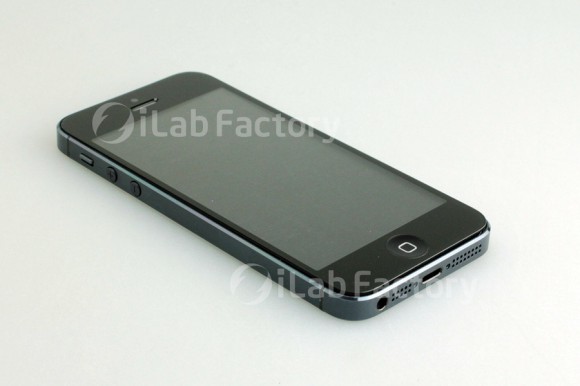 With the iPhone, the lust is a combination of iOS’ exclusivity, brand cachet, and functionality, perhaps with a little more weight to the aesthetics, too. The current iPhone has been looking small and dated of late; a bigger screen and a refreshed design would be two huge ticks in its favor. Not only would your friends know you had the latest model, but it would be more obviously new in-store for that all-important final purchasing decision.

Android isn’t going away. Samsung’s meteoric rise in recent quarters is evidence of that. Yet while the Galaxy S III may have had a useful window of opportunity as the iPhone 4S hit its fallow period, that lull is fast coming to an end; on the horizon is an altogether more distinctive challenger from Apple. Beauty may only be skin-deep, but if this really is the leaked iPhone 5, Android has a serious challenge on its hands.