26m iPhones in a three month period. Apple’s Q3 2012 results are out, and while the huge year-on-year growth for iPad is an eye-catcher, it’s the shifting sales of the company’s flagship smartphone that have split opinion. For many – Nokia, for instance, or HTC – 26m sales would be the very definition of “a good problem to have”, but for Apple it’s not so straightforward. While the company has seen 28-percent year-on-year growth for the iPhone, its also seen a 26-percent drop quarter-on-quarter. So, is the iPhone stumbling, or is this all entirely understandable?

Let’s get the basics out of the way. It’s a huge number of phones, especially when you consider it’s made up, not of dozens of variants of devices as in Samsung’s expansive range, but of three different models with a few color and capacity choices. It’s also very lucrative; Apple’s Q3 2012 revenue hit $35bn with $8.8bn profit for the three month period.

A good question is which version, exactly, fell in popularity. Apple doesn’t break down individual iPhone sales, so we don’t know if the decline in Q3 versus Q2 was across the board of iPhone 3GS, 4, and 4S versions, or biased toward one or two of those. Given the 3GS is now almost three years old, and very obviously a “previous gen” model from the aesthetics, it’s perhaps not unreasonable to assume that it would carry the brunt of the decline. 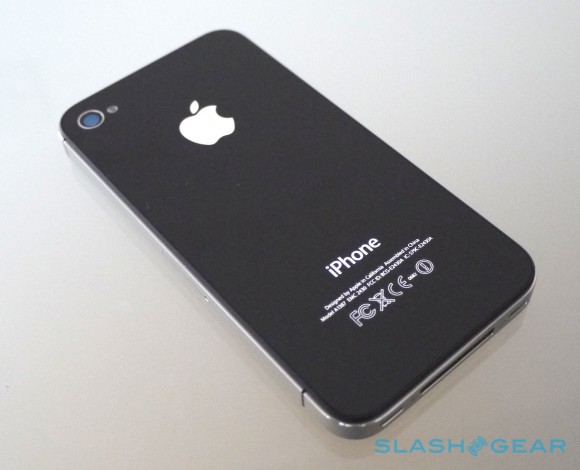 On the horizon, meanwhile, is the iPhone 5. Apple’s cyclical refresh pattern makes for a comfortable pace for the company, but it also leads consumers to expect a new model at a certain time of year. That can have a distinct impact on sales – it’s hard to recommend buying even an iPhone 4S today, when a new iPhone is likely just around the corner. Even if that expectation is limited to the rumor-tracking minority of potential iPhone owners, that’s still a chunk of sales Apple could have missed.

It’s also worth remembering that product cycles are just that: cycles, with a peak of demand and then a tail-off afterwards. The iPhone in its current forms has done well to hold out to 26m sales, but there’s no denying that the competition has raised its game since we saw it arrive with Siri and a better camera in late 2011. Samsung’s Galaxy S III mustered almost Apple-degrees of pre-launch intrigue and rumormongery, while HTC has, current struggles aside, had its moment in the spotlight with the capable One X and One S.

Many have a taste for bigger touchscreens and more superlatives on their spec sheets, and Android has, in its most recent iterations, come on in leaps and bounds to close the polish gap between it and iOS. In short, the iPhone isn’t the only game in town, and opting for Android needn’t be an act just as much of masochism as intentional preference.

The iPhone certainly looks weaker this quarter than it did the period before. But rivals should be wary of reading too much into Q3 figures. If the rumors are true, Apple is readying itself for the “revolutionary” phase of its biannual revolution/evolution pattern: a new phone as different from the iPhone 4S as that handset was similar to its predecessor. Factor in the iPhone 4 being the new free-on-contract option, the iPhone 4S getting a price cut to $99, and a glistening new flagship, and the Android army can expect a fight once more.