This Hyundai Prophecy concept walkthrough only leaves us wanting more

Hyundai’s Prophecy concept was striking when we first set eyes on it, and the retro-futuristic sedan is no less beguiling as the automaker spills more details today. Still promising that there’s more to the Prophecy that’s production-minded than might first meet the eye, Hyundai’s chief designer goes deeper into the EV to pick out some of the more interesting details.

Though only a concept, Hyundai says that the Prophecy should be seen as a signpost for future EVs to come. “Rather than being a pure concept,” the automaker insists, “its name refers to the fact that this vehicle teasers ideas and features Hyundai will develop in the future.” As Chief Design Officer Luc Donckerwolke says, it’s a mixture of style and functionality, like the aeronautically-inspired wheels that also draw out brake heat.

Under the curvaceous bodywork is Hyundai’s Electric Global Modular Platform, something very much headed to production. The “E-GMP” will underpin some of the models from what the automaker promises will be 13 electrified vehicles by 2022, with nine more to come over the next three years. That’ll include all-electric like the Prophecy concept, hybrid and plug-in hybrid, and hydrogen fuel-cell. 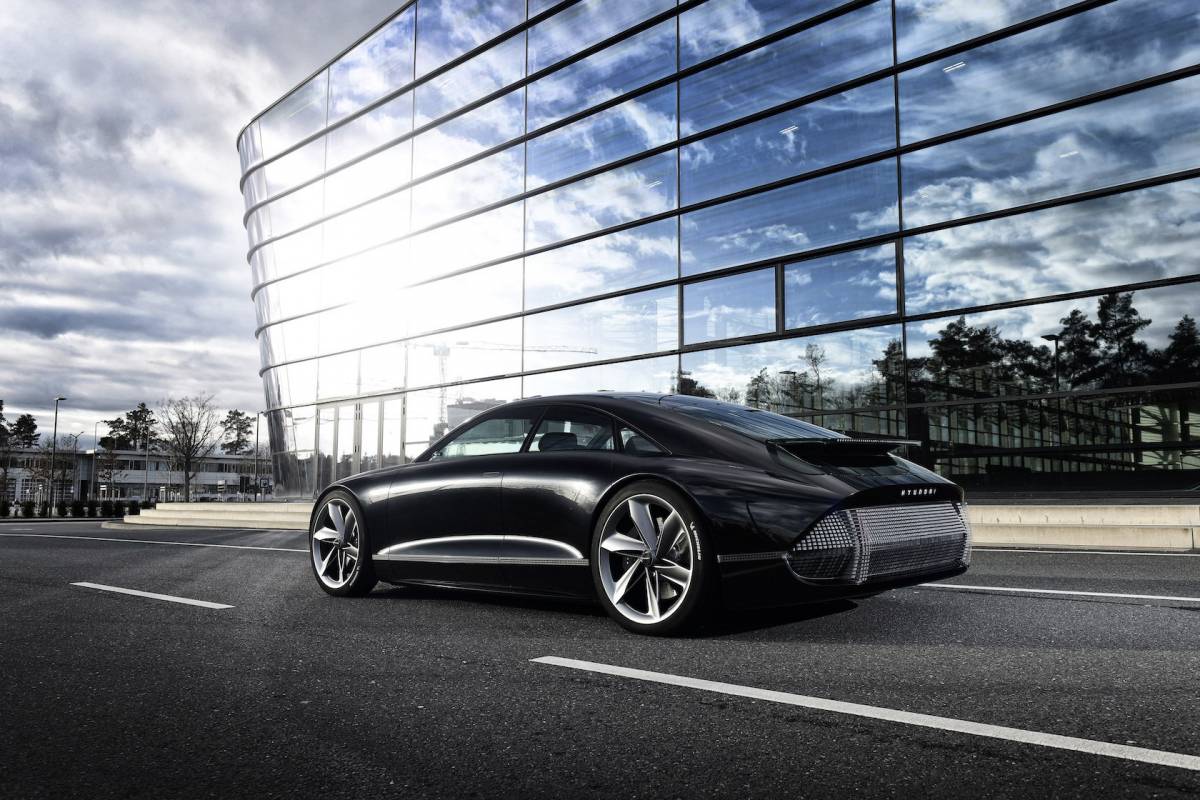 Styling, inside and out, are likely to be the most obvious donations from the Prophecy to Hyundai’s production cars. Outside it’s a streamlined blend of curves and swoops, inspired so Hyundai claims by vintage cars of the 1920s and 30s. That holds plenty of modern-day advantages, of course, too, such as improved aerodynamics and thus greater range from the EV’s batteries. 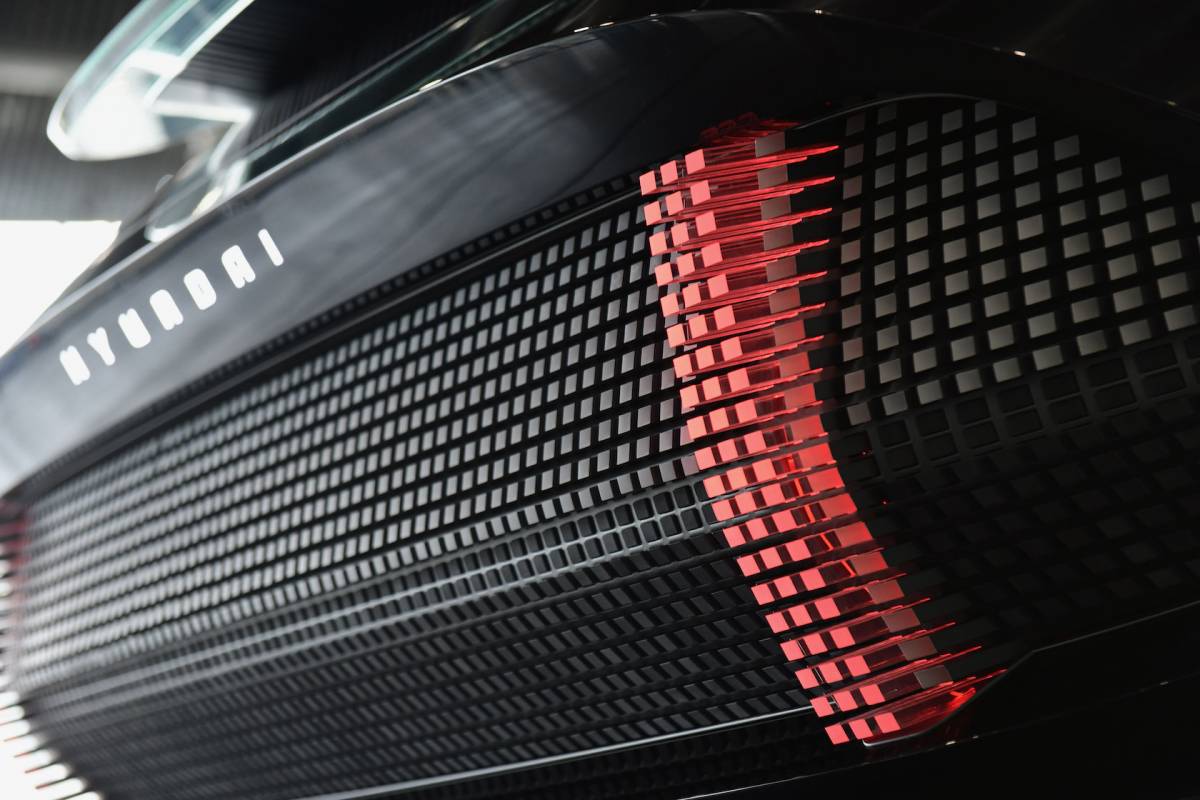 Some of the features we won’t even need to wait for. The Smart Posture Care System, for example, automatically adjusts the seat, steering wheel, mirrors, and head-up display according to the driver’s entered height and weight. That’s something recent Genesis sedans can do too, in fact, such as the 2020 G90.

Other features, like the dashboard which rotates up when the Prophecy is in autonomous mode to leave more cabin space, probably aren’t so close to production. The joystick controls in place of a traditional steering wheel probably aren’t going to be approved by automotive safety regulators any time soon, either. 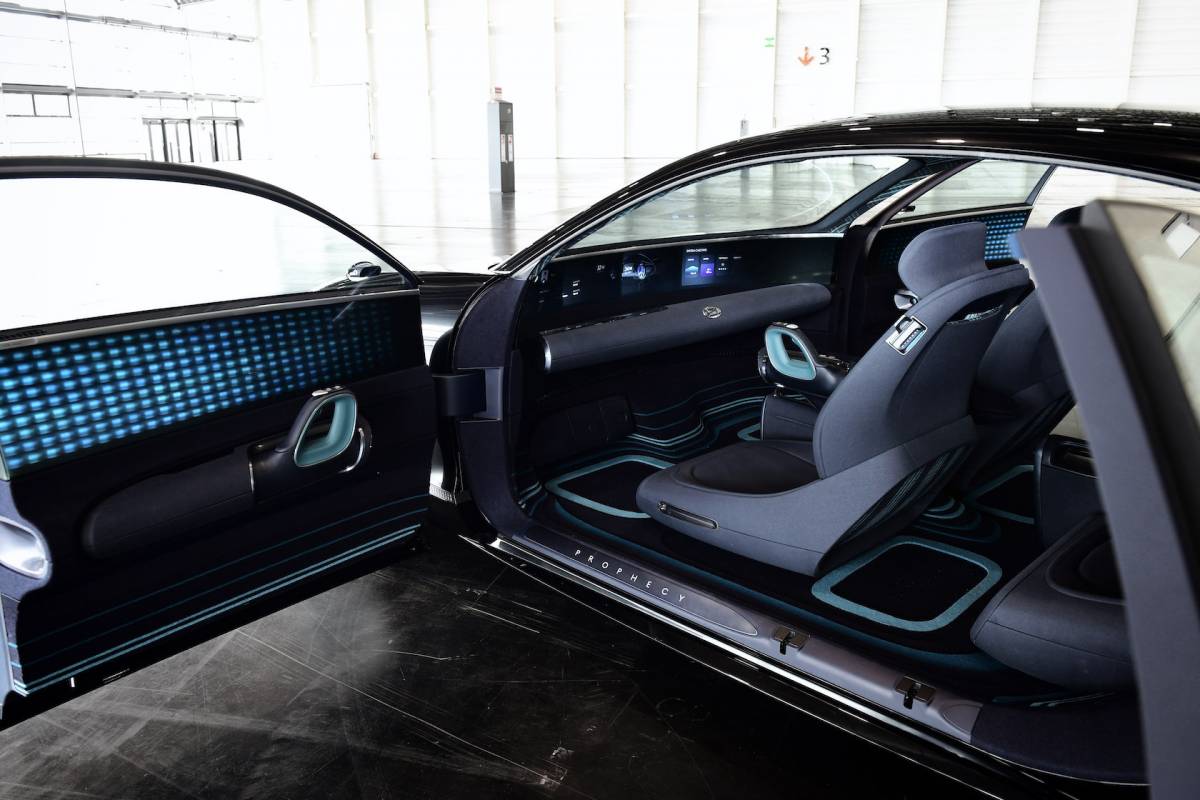 Meanwhile windows that don’t actually open may also prove a tough sell for future car-buyers, even if Hyundai has some good reasons for that. The Prophecy’s dual-pane glass is “locked in place,” the automaker explains, because there’s a high-tech filtration system that removes exterior pollutants before they can get into the cabin. It’s apparently more energy-efficient, plus it allows for deeper sculpting of the doors since they don’t need to accommodate the window mechanism. 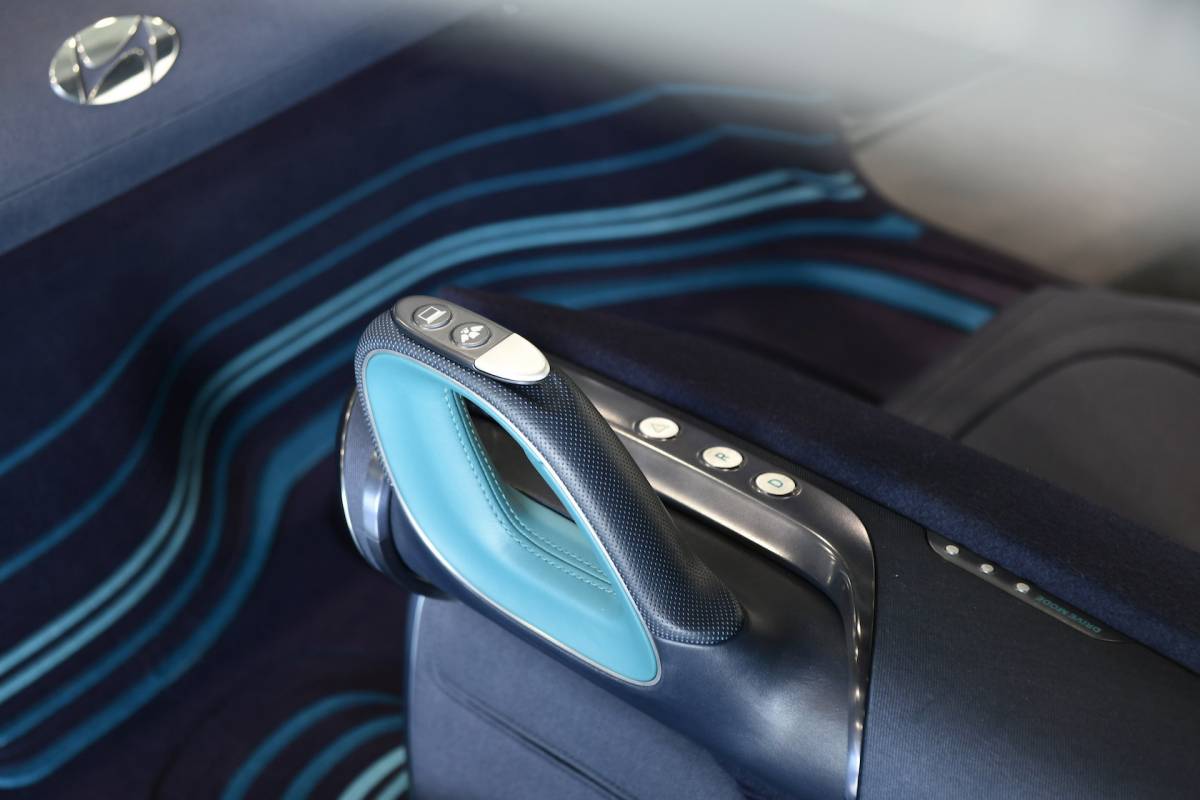 How much of all this will make it to the road? That remains to be seen, though we will confess to be seriously enjoying Hyundai’s liberal application of tartan in the interior. Certainly, if Donckerwolke is to be believed we won’t have to wait long to find out. 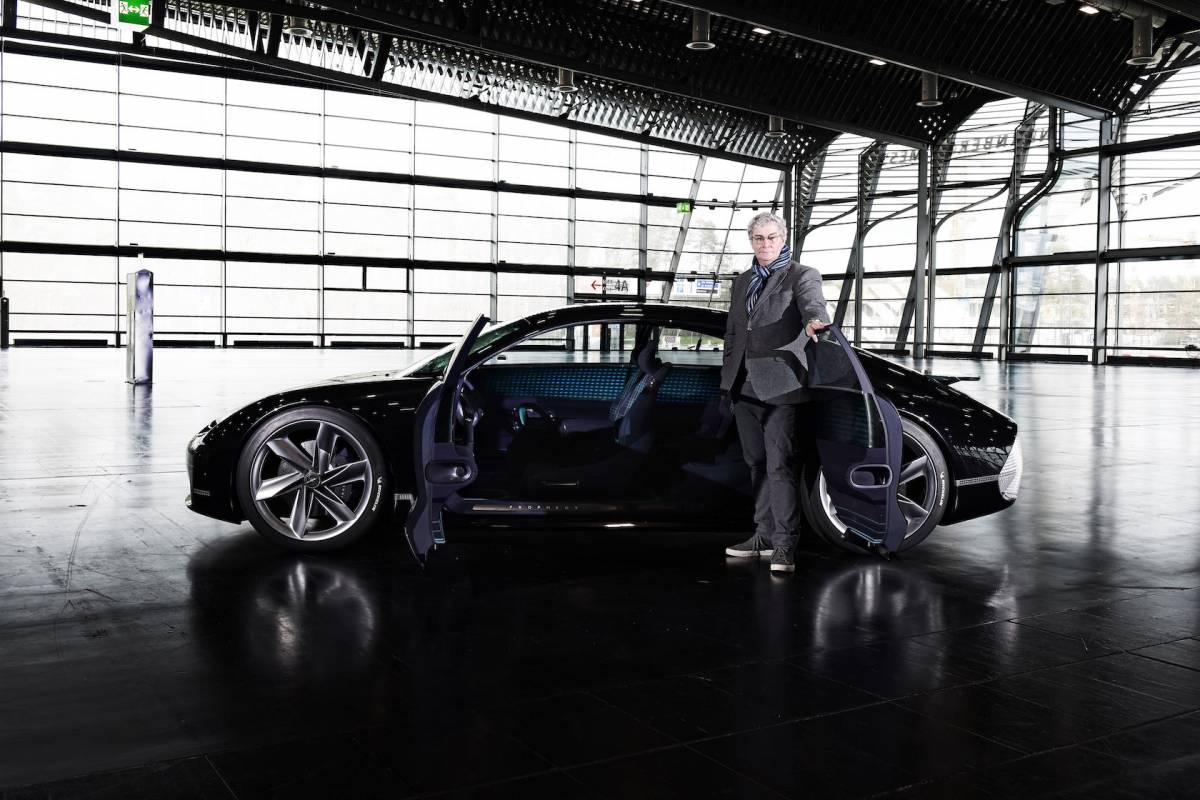 “We don’t do show cars for show-business at Hyundai Design,” the design chief teases. “When we do a show car it anticipates the future, so this is a prophecy of the future. Something you will see on the streets soon.”