The Huawei P40 Lite was announced by Huawei today in a countdown webpage for their main event: The Huawei P40 Pro. The Huawei P40 Lite will be released with a 6.4-inch 2310 x 1080 pixel LCD display with a circular punch hole for its front-facing 16MP, f/2.0 aperture camera. The Huawei P40 Lite includes a set of four cameras on its back: 48MP, 8MP, 2MP, and another 2MP. Each of these cameras will have a different and specific use – the 48MP sensor is the primary camera unit.

Inside the Huawei P40 is a 7nm Kirin 810 processor with 2 x Cortex-A76 2.27 GHz + 6 x Cortex-A55 1.88 GHz. That SoC is one of several features that make this Huawei smartphone exceedingly similar to the Honor 9X Pro, also released – more widely than its initial showing – earlier this month. 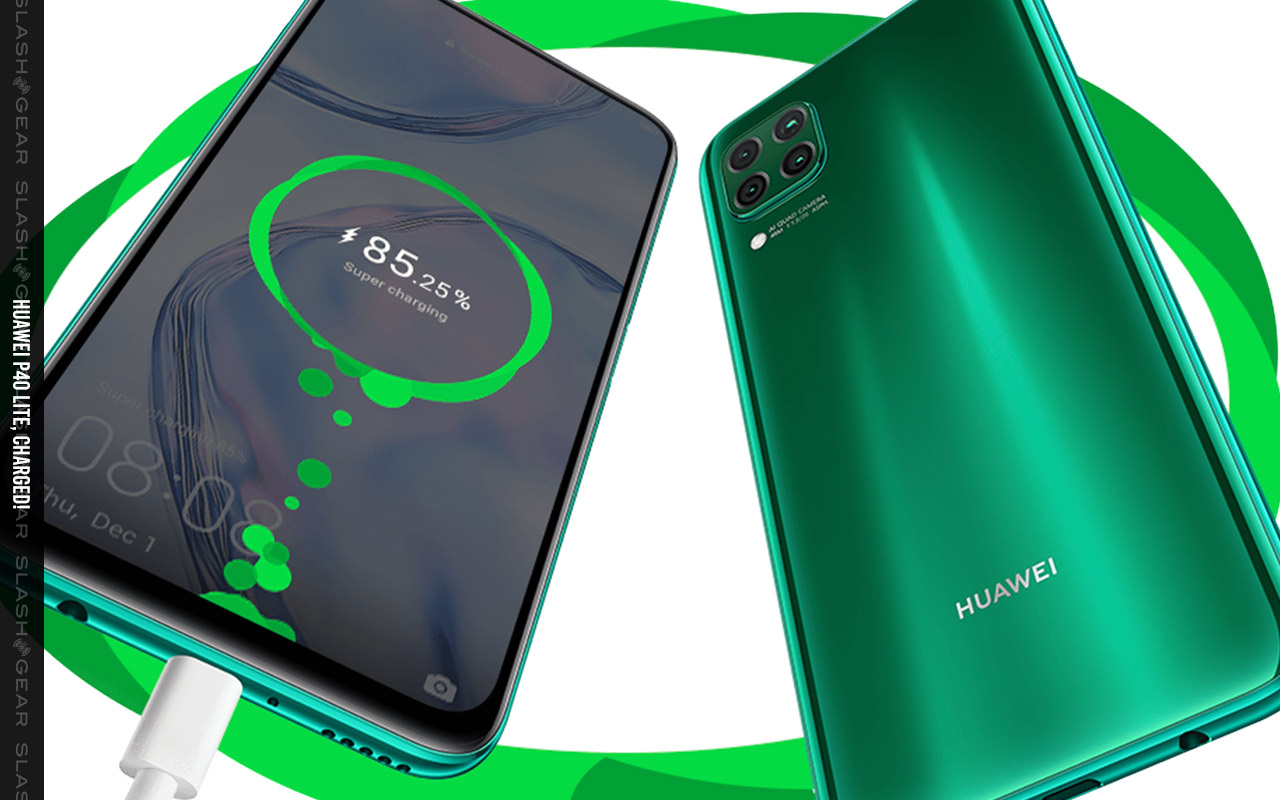 NOTE: There’s also a Huawei P40 and Huawei P40 Pro, both with 5G. This Huawei P40 device will not feature 5G right out the gate.

Above you’ll see an image of the P40 Lite that shows how fast it’ll charge (HUAWEI SuperCharge (Max 40 W)) – quick! It’ll sport a 4,200 mAh battery too – hefty! The speedy charging stated here may need an additional purchase, as the stated contents of the box do not specifically note the Huawei SuperCharge cable and/or charger required for the extra speed – we’ll see! 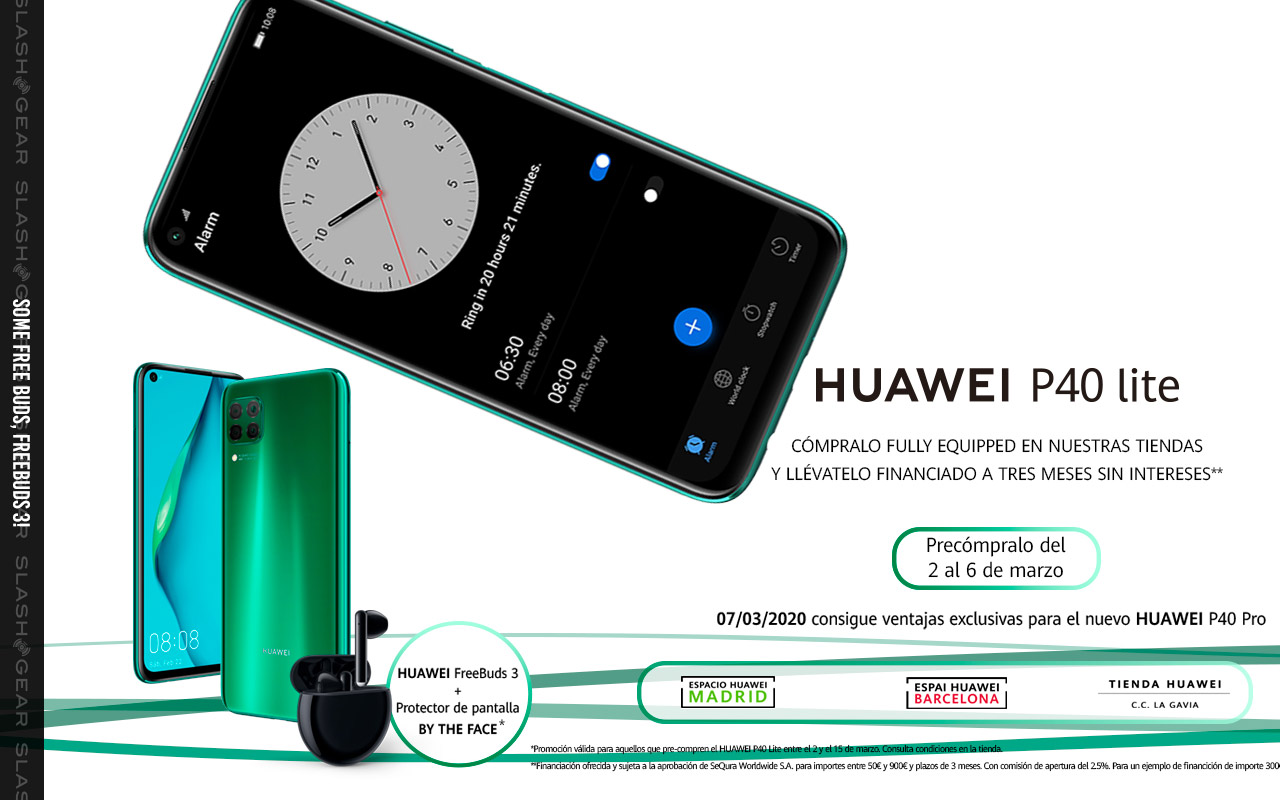 This smartphone features HMS, Huawei Mobile Services. This means it features the Huawei AppGallery rather than the GMS-centric Google Play app and media store. This device will not be able to run any Google-made Android apps whatsoever – for now. That includes all sideloading of apps from Google’s collection of services. 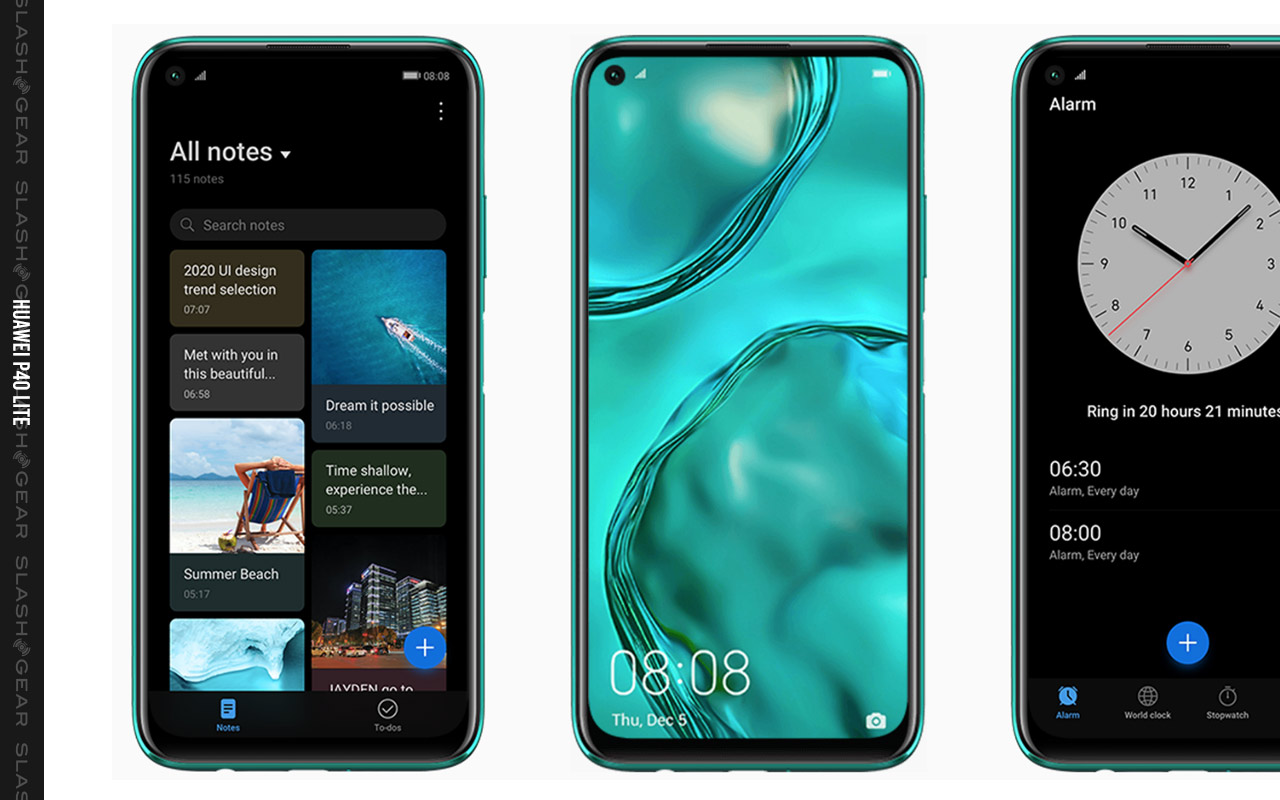 One version of the device was revealed today with 6 GB of RAM + 128 GB of ROM. Potential storage expansion works with a SD NM card slow – up to 256GB. This P40 Lite has a fingerprint scanner for phone unlock – and it has an NFC sensor inside.

The first place you’ll find the Huawei P40 Lite available for sale is Spain. The Huawei P40 Lite has a release date of March 2, 2020, in Crush Green, Sakura Pink, and Midnight Black. Pricing for the Huawei P40 Lite is rumored to start at approximately 300-Euro – in Spain. It’s not particularly likely that this device will be released in the USA, but if by some miracle it finds its way to our shores, a price of between $300 and $350 would be on-point.