HTC VIVE just got a big (and permanent) price drop

Over the course of the summer, we’ve really seen the Oculus Rift try to stick it to the HTC VIVE. The Rift had already been on sale for much of the summer when Oculus revealed that it would permanently drop the price of its Rift + Touch bundle to $499. Now HTC has hit back with its own discount for the VIVE, so if you’ve been waiting on a VR headset, it looks like now is the time to buy.

In an announcement made today, HTC revealed that the new cost of the VIVE is now $599. That’s a pretty significant price drop of $200, and more notably, this is the first time the VIVE’s cost has dropped below its launch pricing of $799 on a more permanent basis. We’ve seen sales that have dropped the cost in the past, but many of those were only one-day affairs.

It’s worth pointing out that for now, the Rift + Touch bundle is still on sale for $399. That deal was only slated to last for six weeks, so we should presumably see that price reset to $499 before long. Once that sale is over, the VIVE and the Rift will be priced somewhat similarly, though the VIVE will still cost $100 more than the Rift. 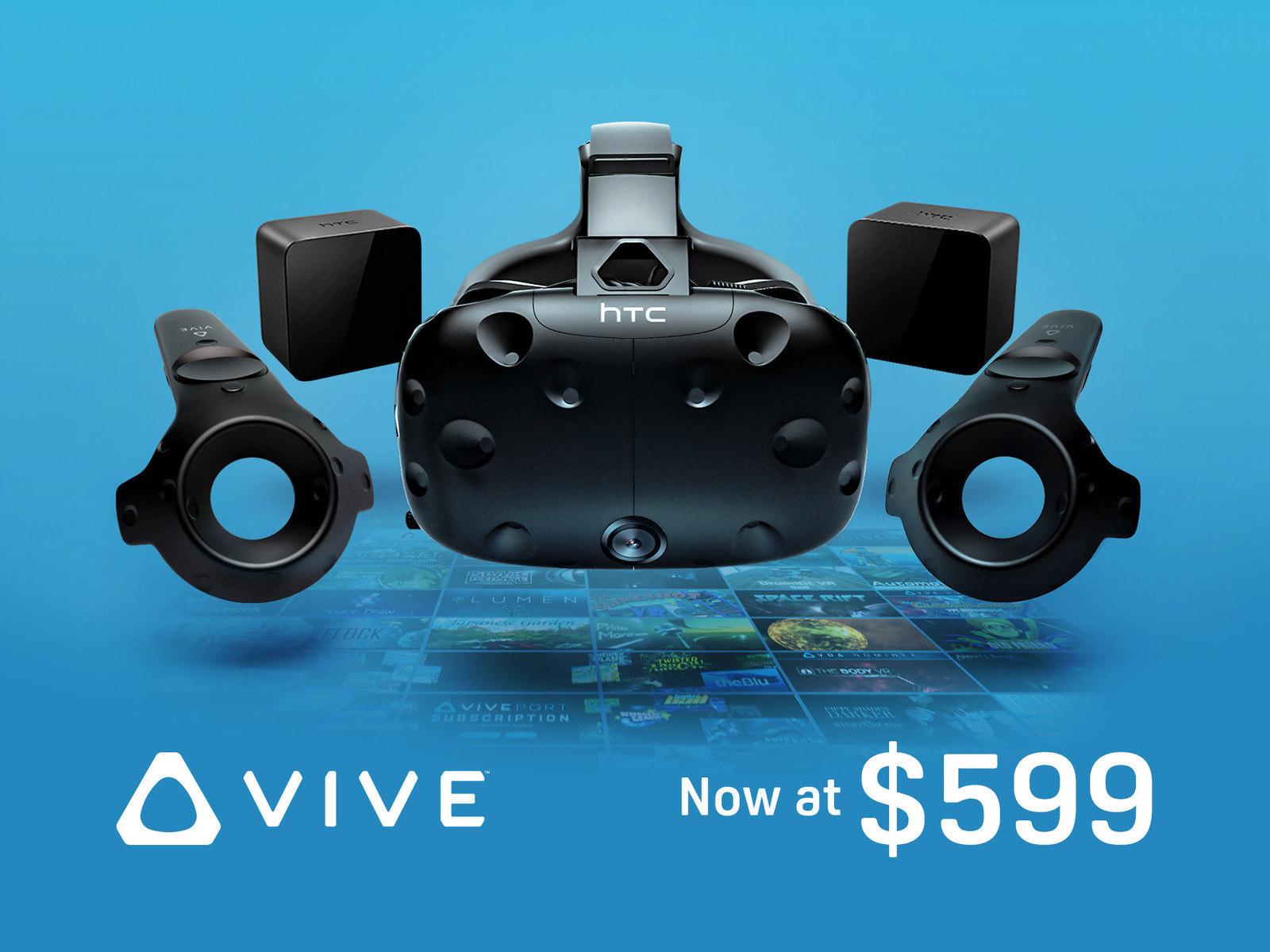 While the VIVE bundle currently on offer doesn’t really offer a ton of bonuses, it does give you everything you need to get going with VR. Of course, that’s assuming you already have a VR-ready PC, as both the Oculus Rift and the HTC VIVE require a fairly beefy rig to serve as the backbone of your VR set up. You do get a free trial to Viveport if you purchase the VIVE at this new price, but that’s only a worthwhile bonus if you plan to keep paying for Viveport service once your trial ends.

In any case, the HTC VIVE’s new pricing goes into effect today. The price change is already reflected on VIVE’s website, so hop on it if you’ve been thinking of picking one up. Are you buying the VIVE at its new price? Head down to the comments section and let us know!