The future is slightly cooler than the present, according to a pair of prototype devices revealed today by HTC. This is HTC Project Proton, a prototype (a pair of prototypes) for “XR glasses-style” devices “from HTC Vive.” Specs are forthcoming, but we’ve got some imagery of both different sorts of device. These prototypes were made specifically to gather public opinion well in advance of production.

When we first saw these prototypes, they reminded us of something from the past – the shiny, reflective, gigantic sunglasses worn by the heroes of The Matrix film trilogy. That movie trilogy is about to become a 4-movie series, complete with its very own unique Keanu problem. While it’s not entirely clear at this point where the styling for Project Proton originated, we like to think that they’re aiming for a similar mood.

The above image was constructed using the official concept images below – we took some artistic license there to make the prototypes fit the heads of the original film image. These two prototypes are made to look cool, of that you can be sure. They’re made to cut away from the past – a past where the look of the headset doesn’t always match the vision of the wearer. 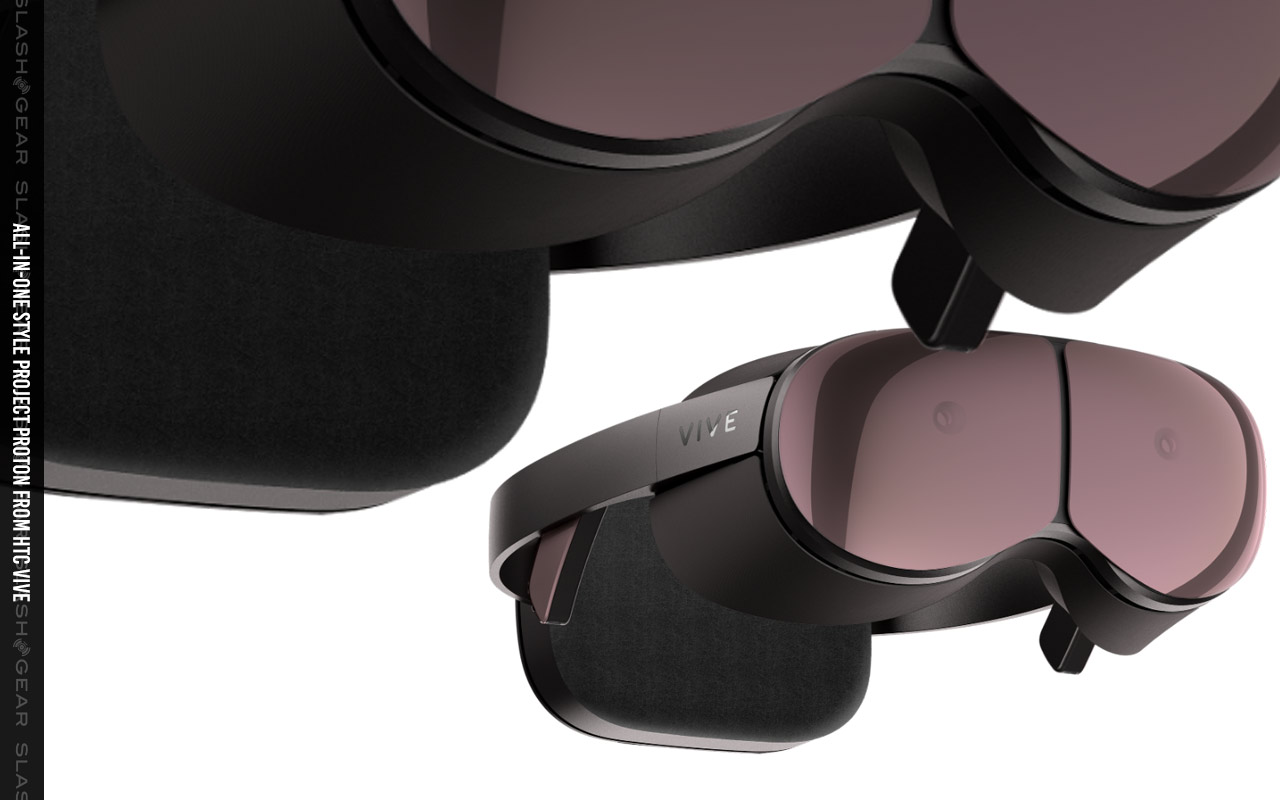 Per a representative from the HTC Vive crew, we’re to understand that the two styles of Project Proton are all-in-one and what they call “all-in-two”. The all-in-one style is shown without the wire. The all-in-two device has a wire that’ll connect to a separate “processing module (such as a smartphone)”. 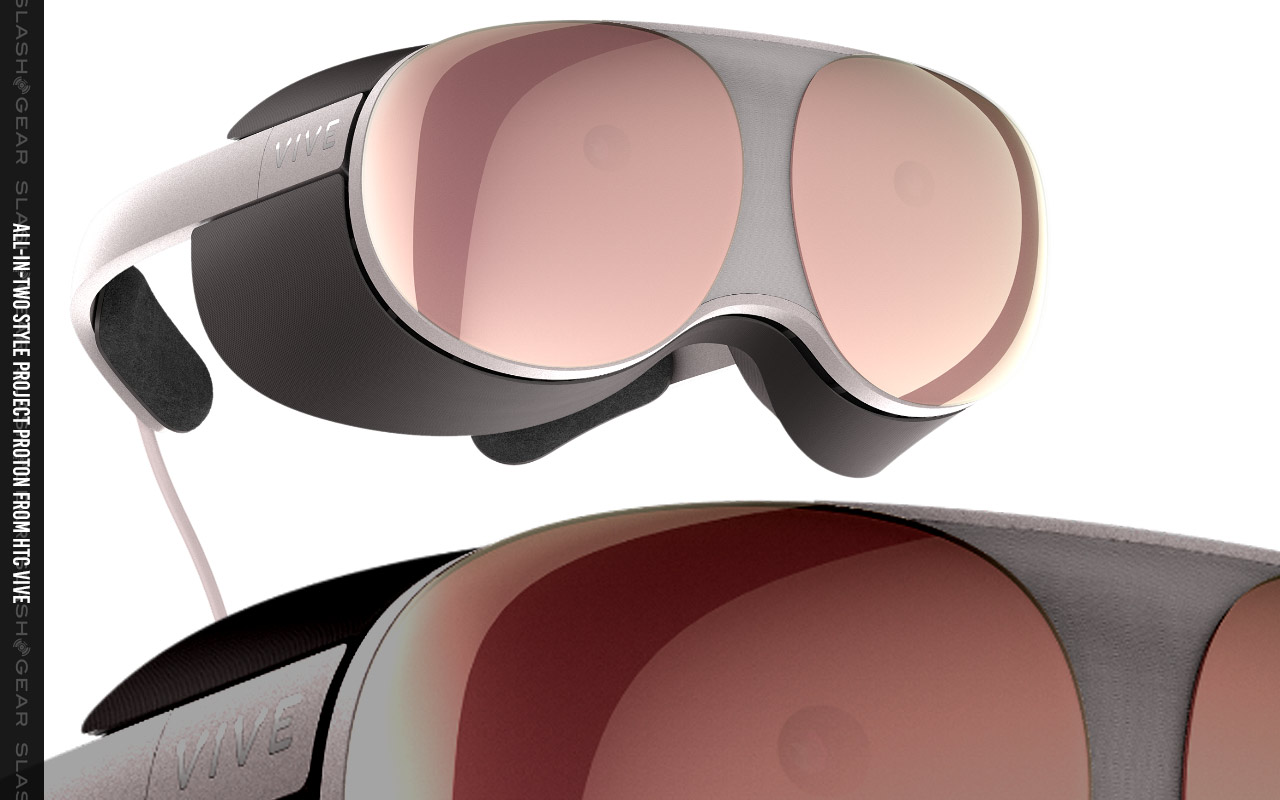 So the functionality of these devices isn’t all that different from solutions we’ve seen in the past, as far as we know. The look and the feel are the most important bits here. As we enter the age of augmented reality, virtual reality, and the crossover – XR, mixed reality – with smartphones able to process the lot, are these the sorts of headsets you’ll be willing to wear for the experience?