HTC One calls out Siri and iPhone speaker: “I’m sitting on it”

The HTC One M8 with Windows is ready to roll in Microsoft’s newest battle advertisement video against Apple, bringing heat with Cortana as well as HTC One hardware finesse. This spot plays fun at Apple fans’ love of their unique hardware build, beginning with the iPhone signing “I feel pretty, oh so pretty” in front of a mirror.

“I’m more than just a pretty face,” says Siri, to which Cortana suggests “me too.” Cortana continues by saying “I can check your calendar, then traffic to help you get to your mani-pedi on time.” Clearly the iPhone will need its nails done by the time this war is over.

NOTE: This isn’t the first time Cortana has smacked Siri. 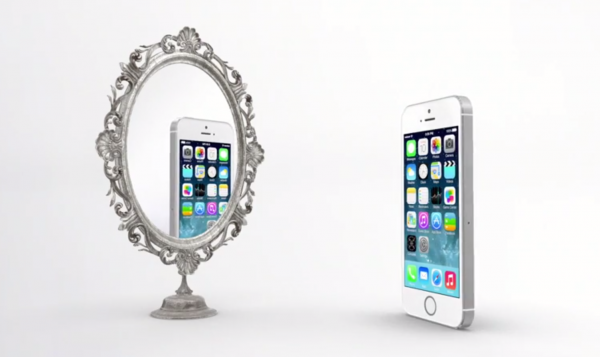 “And you sound great too,” says Siri. “Well, I have two speakers for music,” says the HTC One M8 with Windows. “Oh, I only have one,” says iPhone. HTC One replies “really?” “Yes,” says iPhone, “and I’m sitting on it.” 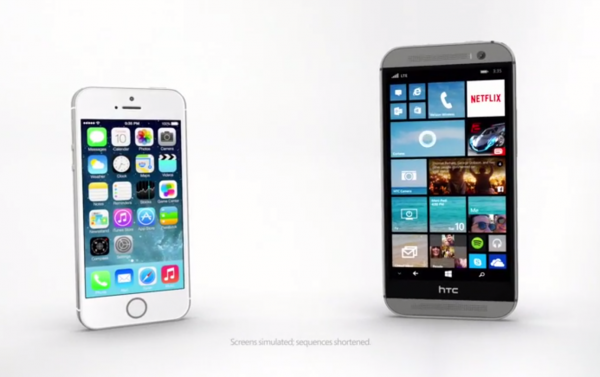 To be fair, the HTC One M8 isn’t able to stand upright like this advertisement suggests, and it’s doubtful anyone would keep their iPhone standing upright like this for fear that it’d fall on its face. But still – the iPhone’s speaker DOES face downward. For now.