Samsung is still fighting to get people to return bad Galaxy Note 7 smartphones around the world under its recall program. While the bad devices are still being returned, Samsung is getting set to launch a new version of the smartphone that doesn’t suffer from the battery defect that led to fire in many instances. As we said before, the problem is that many people around the world simply aren’t returning their device and they all need to be returned.

To tell the difference between a new Galaxy Note 7 and one covered in the recall Samsung has done a couple things differently with the new devices. These new devices are set to launch September 21. If you only have the Note 7 smartphone, the way to tell if it is a new device and not the recalled one is to look for a green battery icon. 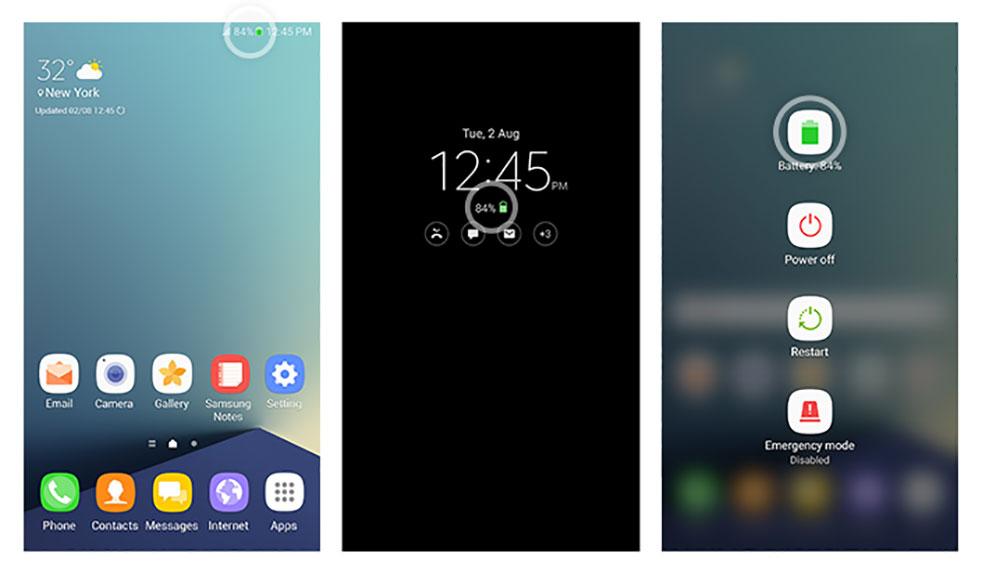 This green battery icon will be visible on the Status Bar, Always on Display screen, and on the Power Off prompt screen. If the battery icon in these three locations isn’t green as seen in the image above, the Note 7 you are holding is one of the recalled devices. If you have the packaging with the smartphone still sealed in the box, you can tell if it is one of the new versions by looking for the black square on the box label as seen in the second image.

As Samsung is rolling out new Galaxy Note 7 devices with batteries that won’t explode while charging, the lawsuits against Samsung are beginning. The first such suit comes from a man named Jonathan Strobel who is suing over injuries received on September 9 when his Note 7 exploded inside his pants pocket. The man received second-degree burns on his right thigh and a burn on his right thumb from attempting to remove the smartphone from his pocket.