How a combined Tesla and SolarCity make sense

With the Tesla acquisition of SolarCity complete as of today, Elon Musk’s vision of an integrated solar energy business is ready to go. The deal, approved by shareholders late last week, sees Tesla’s expertise in electrified vehicles join forces with SolarCity’s energy generation and storage. In Musk’s world, that means not only a cleaner way to live, but the chance for early-adopters to actually make some cash, too.

If you’ve been snoozing on the back-story, SolarCity and Tesla were both Elon Musk’s businesses already. However, they were operated independently, Tesla run as Tesla Motors and focusing on cars, while SolarCity provided solar panels for residential and commercial installation. Though there was some overlap, such as Tesla promoting SolarCity’s PowerWall batteries, they were still separate businesses.

On the one hand, there’ll be greater democratization of electricity generation. Tesla is already suggesting that SolarCity’s freshly-announced solar roof – which replaces traditional tiles with high-tech, energy-creating versions that, from the street at least, look no different – will be in fact cheaper than a regular roof, not to mention more durable. However, Tesla will also have a fix for making more consistent use of solar power.

The traditional issue with domestic solar generation is how to handle periods of glut, such as bright days, and periods of scarcity, like nighttime. Often, that means feeding power back into the grid and getting paid – or getting a discount on regular energy use – by the power companies. That, though, leaves homeowners at the mercy of whatever rates those companies offer.

Tesla’s Powerwall batteries address that by storing surplus power on-site. Although it’s not the only such option, the use of high-capacity lithium-ion technology just as in the company’s cars helps differentiate from rivals. It also gives Tesla new possibilities in economy of scale: the same Gigafactory which will be making battery packs for Tesla cars will be supplying the new Powerwall 2, with production expected to kick off this quarter. 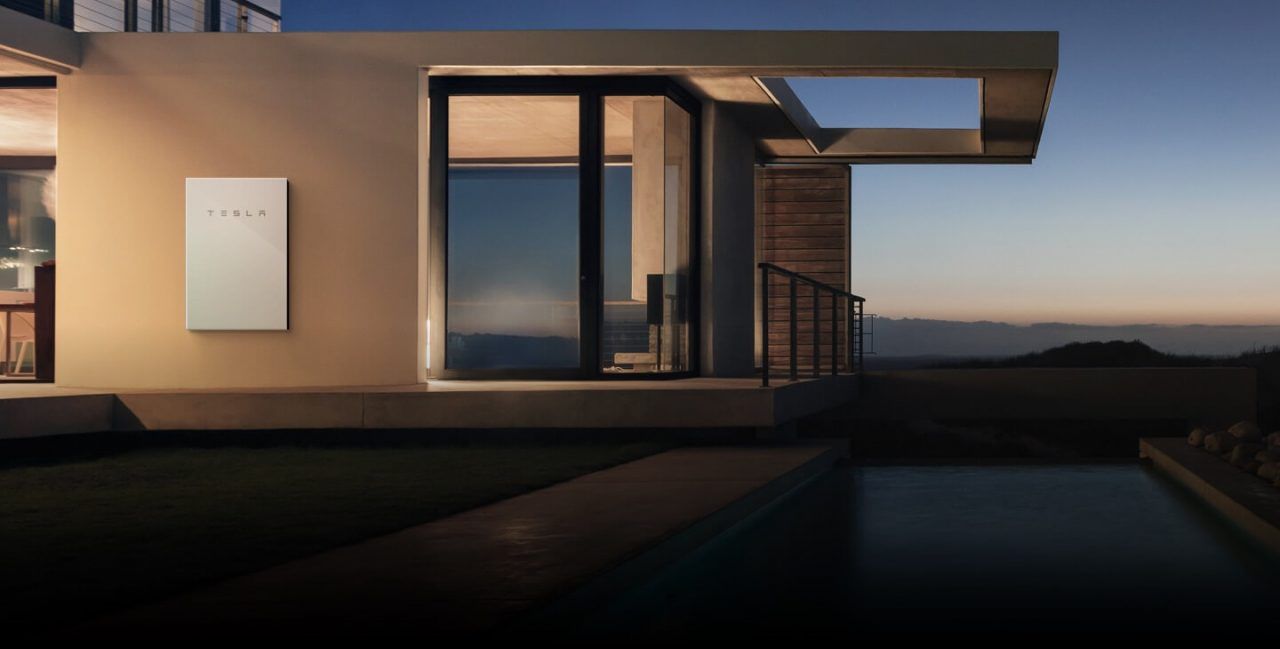 Although the obvious use of the Powerwall 2 – which Tesla says can keep a two-bedroom home running for a full day – is to hoard electricity generated by a SolarCity roof for later use, it goes further than that. The same battery could also store energy from other environmentally-friendly sources, like wind turbines or third-party solar panels, Tesla points out. Or, arguably most intriguingly, it could take advantage of cheaper energy rates from the grid, to be used later on where traditional power would normally be more expensive.

It’s a system we’ve seen used by electric cars before, which can be programmed to only charge during certain periods despite being plugged in whenever they’re parked up in the garage or on the driveway. That way, owners can take advantage of the most affordable power, but not have to remember to physically go out and plug the car in themselves. With the Powerwall 2, though, that flexibility could extend to selling energy into the grid when the rates are most favorable, like having your own trading account of electricity.

Finally, of course, there are the cars themselves. Right now that means two high-end options, the Model S sedan and Model X SUV, but in time the far more affordable Model 3 will begin production. Deliveries of the Model 3 are expected to begin at the end of 2017. 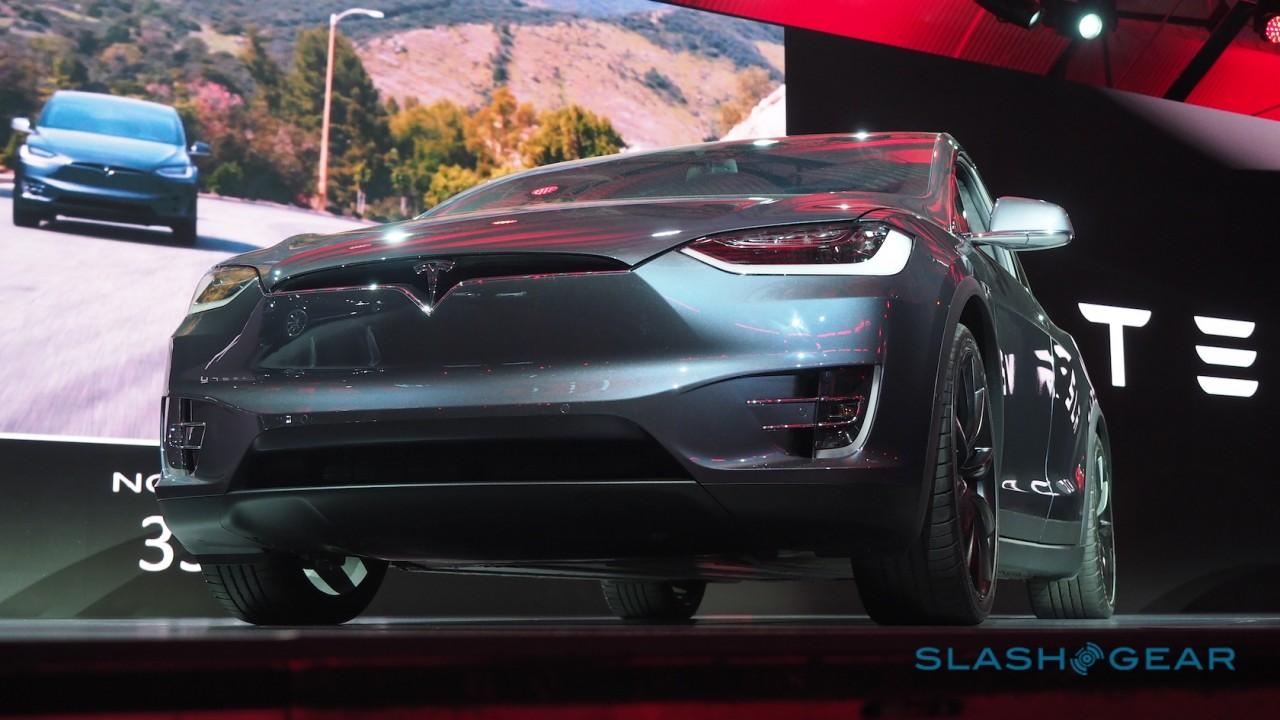 Before that happens, though, Tesla has announced a switch to its Supercharger network. Whereas its cars currently enjoy free Supercharger access, with fast-recharging offered at strategic points across the country and abroad, as of 2017 any newly-delivered Tesla vehicles will find themselves having to pay for anything but the most conservative use. Right now, there’s nothing more solid than the prior warning of a “small fee” for those who want to use more than 400 kWh of Supercharger power – the equivalent of around 1,000 miles of driving – each year.

Overall, though, it’s likely to ween some people off using a Supercharger as the default way for them to top up their Tesla, and might nudge them into filling in the gaps of the electricity cycle with a way to generate power at home. Down the line, the company is looking to sending self-driving cars out from owners’ garages to act as an impromptu taxi fleet. Like being able to sell power back into the grid, so repurposing privately-owned cars as autonomous cabs will also help offset any initial outlay into Tesla ownership.

It’s a notable strategy not least because of how few rivals in the automotive space are aiming to do anything similar. Although most of the big automakers have electric cars in their line-ups today, and many more in the pipeline over the next few years, there’s an industry-wide reluctance to attempt anything like a Supercharger network or pushing domestic energy production. Ironically, that has led to a false perception among many consumers that Telsa’s network is the largest out there.

Of course, there’s a gulf between the promise of a plan and it actually executing cleanly. Plenty of pieces need to fall into place for Elon Musk’s dream to pan out: Model 3 production needs to ramp up cleanly, as does Gigafactory production of batteries; the teething pains experienced early in the Model S and Model X lifecycle, respectively, must be avoided as much as possible; and the solar roof and Powerwall 2 combo must be adopted in sufficient scale. That’d be a considerable undertaking for a huge conglomerate, never mind a company of Tesla’s size.

“Every car will ultimately be electric,” Tesla insists, and the benefits from SolarCity coming under the same umbrella shouldn’t take long to materialize. By 2017, Tesla predicts, it’s expected to contribute more than a billion dollars in revenue. With the SolarCity acquisition approved, we’re one step closer down that path.