GoPro camera patent a dead ringer for the Polaroid Cube

Wait a second, those of you familiar with the Polaroid Cube might be saying, isn’t that the miniature shooter we know so well? Not really, says GoPro, this is a new camera with new abilities – it just… maybe looks… similar. Not similar enough to warrant a mass breakdown, of course – and probably not similar enough to sue. But similar enough that we’re going to give a long hard look and play with this device if and when it’s released to the mass market.

The device you’re seeing here was made and patented by GoPro this spring. Patented this spring, but likely designed well before this year began. Maybe.

The listing is actually for a cube-shaped “housing,” as discovered by Re/code’s Eric Johnson, and it’s suggested that GoPro engineers have been working on a square camera design “in 2011.”

They have no camera product announcements to share at this time, and it’s likely we won’t see any such announcement inside the next few weeks. Will we see a square camera from GoPro this summer? I wouldn’t count it out. 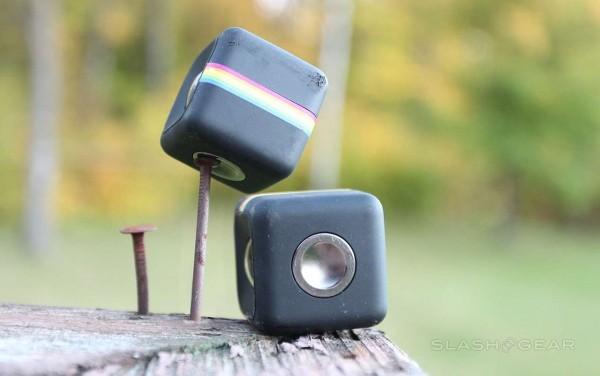 If GoPro does indeed release a miniature cube-shaped camera like the one shown in this USPTO listing here, Polaroid might be given a run for its money. But for now, there’s only one super teeny-tiny camera in this category – read our full Polaroid Cube Review now to see how well it stacks up to your expectations.