A statement has been sent out this week by Google in direct response to the verdict of the USA-based Apple vs Samsung court case. This statement takes the possibility that the public will see this event as bad news for Android seriously, making sure that the public understands that they remain strong. Google’s statement makes certain that the reader understands that they’re not only confident that Android will be safe for manufacturers of the future to use, but that the case and its outcomes are being re-examined by the US Patents office.

It’s not just Apple that Google’s Android has had trouble with over the past few months, and this situation is providing that company with a large opening in the “trust” element of the market. While Microsoft remains a litigator, rather than the litigated, in the patent universe, Android appears to be on the wrong end of the law more often than not. Google maintains here that the case at hand – Apple vs Samsung – is not about the core system that Google itself created, but Samsung’s additions.

“The court of appeals will review both infringement and the validity of the patent claims. Most of these don’t relate to the core Android operating system and several are being re-examined by the U.S. Patent Office. The mobile industry is moving fast and all players–including newcomers–are building upon ideas that have been around for decades. We work with our partners to give consumers innovative and affordable products, and we don’t want anything to limit that.” – Google

Google had to have made a response such as this – it’s beyond nonsense that they would not have responded to the case in one way or another due to the major impact Android has had on both Samsung and Apple. Now that Android is the bones inside the beast Samsung has created – and is thriving with – they’ve got to keep their shields up when it comes to legal battles of all kinds. Each time a manufacturer takes a hit while they contain Android, Google has a sort of phantom reaction: we can’t really even see it in stock prices here while other companies are very visibly jolting, but they’ve got to keep long-term effects in mind. 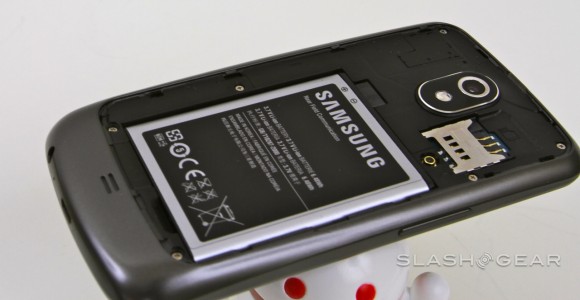 Google’s response is short and smart. Google P.R. is clearly keeping their swords in check while the businesses related to them bring the guns out daily. Will Google become involved when their stocks start to show loss – will they ever even be on the losing end of a trail when they themselves don’t technically manufacture any Android devices as such?

We’ll be seeing very soon. Keep your eyes on the Nexus 7 and the Nexus Q – if the latter ever gets released beyond its first half-step that remains in developers’ hands today.