With the purchase of Boston Dynamics, Google has become the proud owner of a robotics company – for the 8th time. This is not Google’s first acquisition of a company in the robotics industry, nor will it be the last. What we’ve got instead is the continued efforts of the big G to collect the best minds in the industry to push forth their own efforts in robotics for the distant future.

The newest company Google has acquired is called Boston Dynamics. This company is one that’s been working on rather strange looking walking robots for the past several years, appearing most recently in a SlashGear 101 called “What is Boston Dynamics?” If you’re unfamiliar with the company, you really should have a look – they’re strange enough to dive into on their own, creating monstrous robots that’ll walk right over you if you let them. 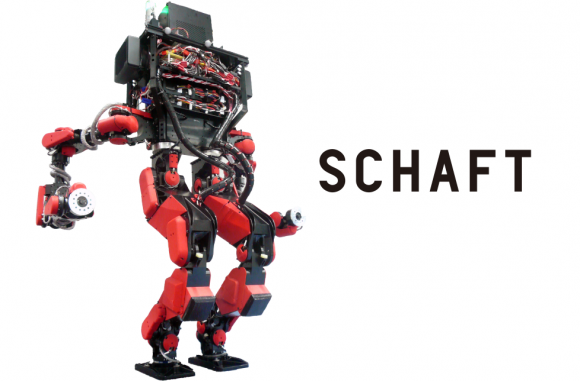 Google also owns seven more companies living in the robotics realm. The single non-US company on this list goes by the name of Schaft. This “Schaft” company works with humanoid robots specifically. Another similar company owned by Google is Meka. In Meka, “world-class robotic systems for researchers” are being developed with technologies that are “human-safe, human-soft, and human-scale.”

[aquote]We have been acquired by Google and are busy building the robot revolution. Please come again. – Meka[/aquote]

Also the source of the hero image in this article, Meka’s own homepage suggests that they are “busy building the robot revolution” with Google. Redwood Robotic’s homepage says the same thing.

With Google’s acquisition of Holomni, they brought on some connectivity with holonomic omnidirectional vehicle technology. This is all about robotics in automobiles, and will likely be playing as much a role in Google’s self-piloted (driverless) cars as it does in their robot moonshot. Bot & Dolly is a company the brings on engineering in automation, filmmaking, and robots (of course.) In Bot & Dolly, Google also attained advanced motion control technology.

The Google company called Autofuss was mentioned in Andy Rubin’s robot moonshot chat earlier this month, bringing some visual artist finess to the programmer, engineer, and designer world. This company will work with illustrators, architects, and machinists at the same time as it does storytellers – in other words: it’s highly creative, and will certainly bring some flare to Google’s robotics environment.