Google TV is adding kids profiles, allowing younger viewers to more safely navigate child-friendly content, without messing up your own recommendations in the process. The new feature – which will be available on the latest Chromecast with Google TV first – isn’t just a secondary profile to keep kids shows away from your algorithms, but a new set of parental controls, too.

For example, parents will be able to control which apps are accessible within a kids profile. The recommendation rows will be made up of content from apps that are classified as “kid-friendly” with suggestions tailored to younger audiences. 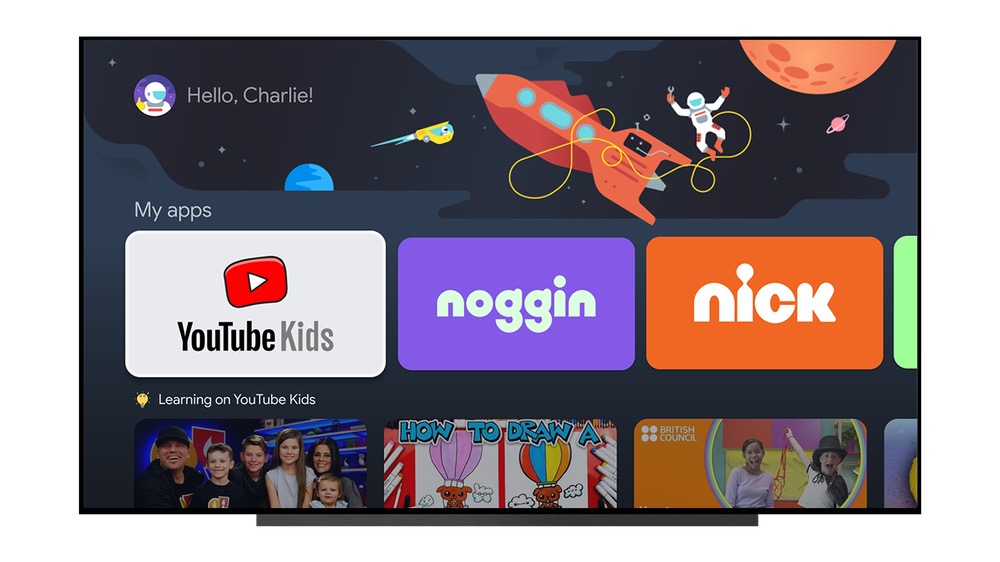 Google Play Family Library will allow purchased movies and TV shows to be shared with kids profiles. Meanwhile, there’ll also be new controls for when TV content can be watched. That’ll include daily watch limits – such as only an hour of screen time on weekdays – along with a specific bedtime. Kids will get three countdown warnings, telling them that their time is almost up.

Once those limits have been reached, the system will lock automatically. Parents will have the option to add some bonus time if they choose. 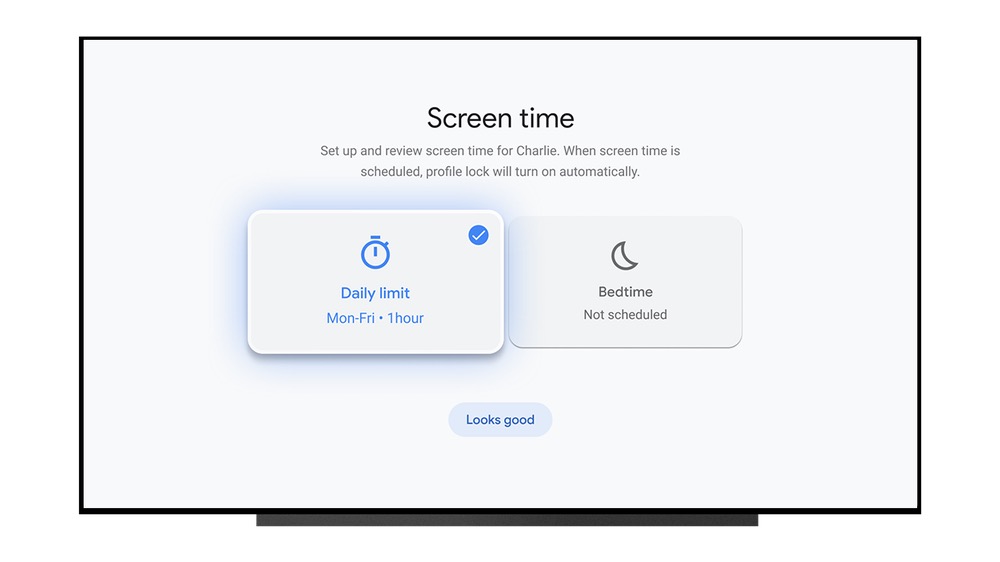 Kids profiles can be created from an existing Google account, or a new profile can be generated using their name and age. The background to their Google TV home screen can be customized, with different themes – like “Dinosaur jungle” and “Space travel” – available. Google says that it plans to add avatars, so that kids will be able to choose a picture to represent them along with their name.

As for adjusting the settings – and stopping kids from changing them back – there’ll be optional PIN control, to lock the profile so that only parents can adjust it. Some of the Google TV content controls can be adjusted from the Family Link app too, synchronizing them with settings already made for Chrome OS or Android devices. In that app, for example, there’ll be the ability to see which apps are being used within the kids profile, blocking and unblocking different apps, and controlling their activity. 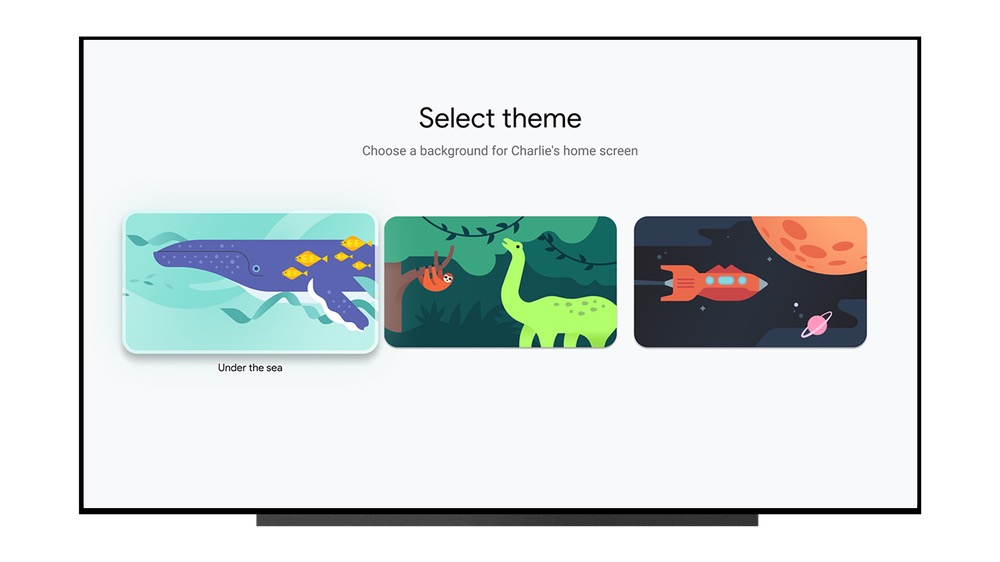 Of course, the reality is that even with parental limits, that doesn’t mean everything children can find themselves watching will necessarily be appropriate. Streaming services, and YouTube in particular, have been accused of lackluster content moderation in recent years, after videos purporting to be kid-friendly turned out to be disturbing or worse. The general advice is that it’s better to take an active role in helping children to find something suitable to watch, rather than simply allowing an algorithm to shape their playlist.

Google says the new kids profiles will be launching on the latest Chromecast and other Google TV devices in the US from this month. They’ll spread to other markets around the world in the coming months.