You can try a headline Pixel 3 feature right now

The Google Pixel 3 was revealed to have a new real-time Google Lens feature in its standard camera app today. This newest feature was leaked a little over a week before the full official reveal of the Google Pixel 3 (and 3 XL). In this feature, users get an ever-so-slight change in the way the standard Google Camera works, automatically.

Information comes from one of the many owners (or those who have access to) the first batch of alpha-test Google Pixel 3 XL units. As such, we’re gonna need to take everything with a big grain of salt. Anything we see here could be changed before the final device is released – and it might all be one big conspiracy by Google to trick us all! Cross your fingers!

This leak came from Twitter user Ishan Agarwal, whose revealing YouTube video’s since been taken offline. In the video, a Google Camera update was shown. In that video, an automatic action is shown in Google Camera when a business card is placed in frame.

When a business card is placed in view of the Pixel 3’s camera, Android shows the email with a Gmail icon nearby. This is then a button which, when tapped, links directly to a new email in Gmail. This is very SIMILAR to some functionality most users can already get today – SORT OF. Side Note: if you know anyone who’s got the capability to beat Pixel 3’s camera, please tell them to go for it!

At this very moment, no Google Camera can do this – not as automatically as we see here. Google Lens functionality exists in the Google Camera for Pixel 2, but one must hold down a button to make the seeker appear. This saves battery life and mobile data, of course – but it’s pretty clear Google’s got the workaround ready to roll for Pixel 3.

SEE TOO: Download Google Pixel 3’s wallpapers (all of them) now

This has a lot to do with the fact that Pixel 3’s able to do computational work (and some Google Assistant work) on its own, local processors. That’s a real step up from the cloud computing of the past. 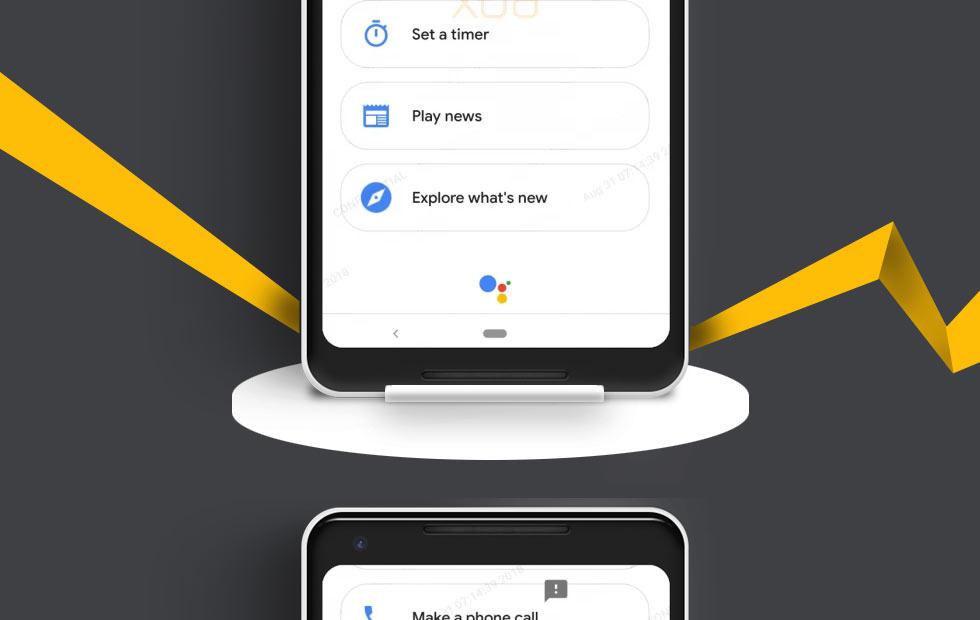 To get some action like this working on your own smartphone right now, you need only to download Google Lens. This isn’t the same as having the functionality in your already-loaded Google Camera, but it is the next best thing. Head over to Google Play to download the Google Lens app right this minute on Android devices of all sorts.

If you’ve not used Google Lens in a while, you simply MUST check it out. It’s advanced by leaps and bounds over the past several years – now it’s easily one of the most magical apps in the mobile universe. This is what smartphones are best at – and what I think they should ideally be used for. Smartphones are tiny computers that can tell you anything!