Google Pixel 2 and the detail war with iPhone 8

This morning we’re having a look at what Google’s Pixel 2, Pixel XL 2, and Pixel XXL 2 will be. The names for these next devices are not set – not publicly anyway. Final details for the next set of Google Pixel phones, be they a set of 2 or a set of 3, likely hinges partially on Apple’s plans for their 2017 set of iPhone devices.

Short answer: no, that’s crazy talk. Lead times and required times for manufacturing don’t line up well for Google deciding on which Pixels to make with regard to iPhone sales. Instead, Google would – potentially – need to rely on rumors and leaked details for Apple’s next collection in order to make necessary moves in the market for a timely release. This is because of Google’s chosen yearly release schedule.

What’s interesting about the most public information available about Google’s next set of devices is the frequency with which they’re called out. Each time a code change to AOSP – the Android Open Source Project – is made and applied to a set of devices, it’s mentioned in the notes.

These notes are available at the Android Open Source Project Gerrit listing site. Searching the site for the three code names of Google’s next several devices reveals the frequency with which they’re used as testing devices. These devices, in order of presumed display size, are: Walleye, Muskie, Taimen.

The device with the fewest appearances is Taimen, followed by Walleye. The device that appears the most is Muskie. That device which, if history teaches us anything, is the device that’ll be closest to the Google Pixel XL.

The idea that Google is using the XL of this bunch to test the most might – MIGHT – indicate that it’s the device Google favors the most. You’ll notice also that the first round of reviews of the Google Pixel smartphone lineup were – for the most part – made up of Google Pixel XL units.

It could also be that it’s the Google XL that saw the best sales of the two in the first round of the Pixel being public. I feel like it’s safe to assume that Google’s work on AOSP would require only one device to be the main testing phone while the others are tested less frequently in one most-plausible case.

That is that the next round of Pixel smartphones, be it 2 or 3 devices released at once, will be released with the same parts. For the most part, that is. The battery sizes will probably be different, and the displays will obviously be different sizes. But like the first round, the Pixel 2, XL 2, and XXL 2, will almost certainly be nearly identical in their implementation.

Will Pixel 2 beat iPhone for price?

The starting price of a Google Pixel is $649 USD – or $769 for the Pixel XL. If you look at the way Google sells the Pixel on their Google Store, they only really reveal the “XL” part in the buy screen – as if a larger display is a choice not unlike choosing a color for the phone, or storage size. 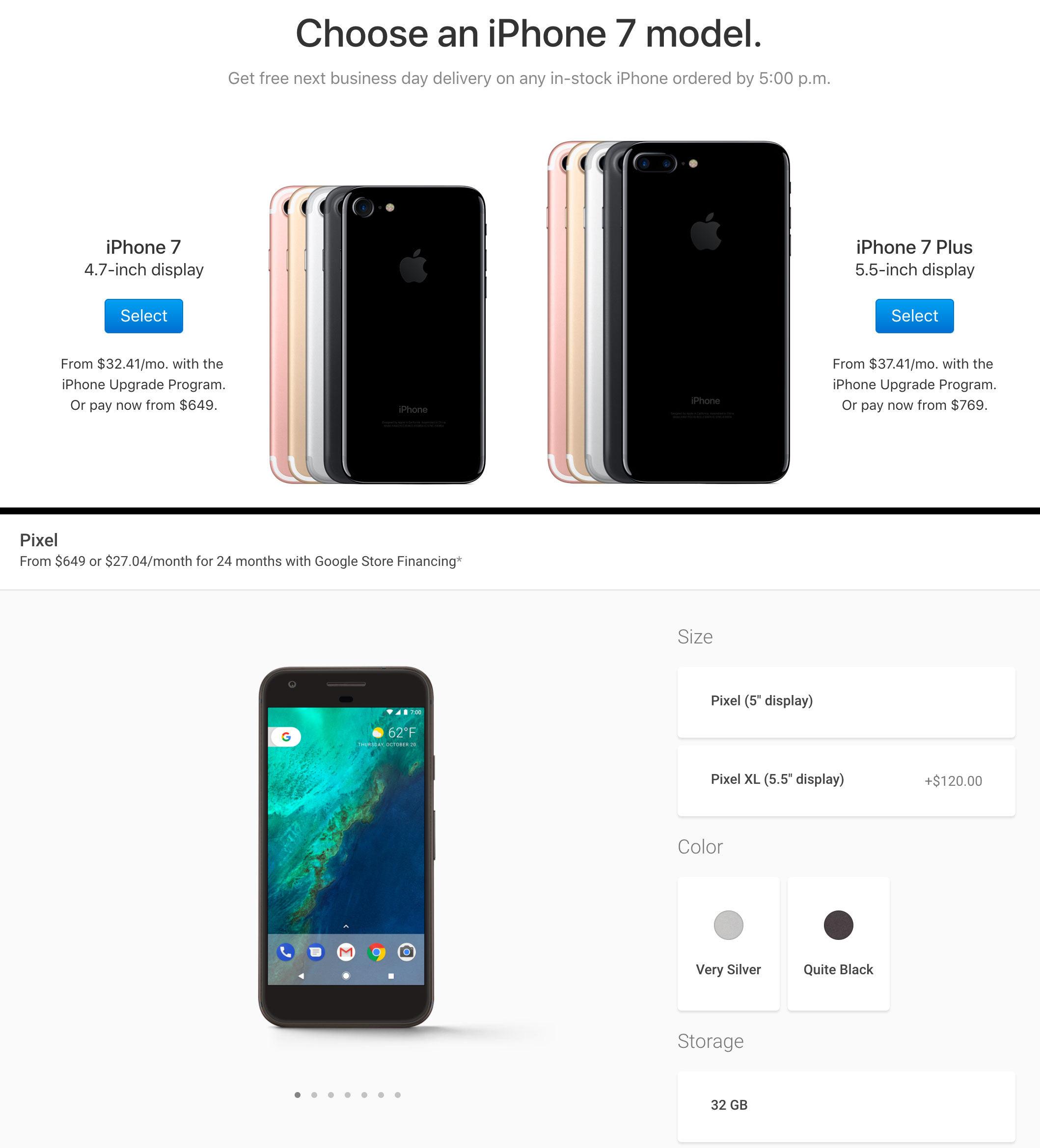 If what we’ve gathered about the Google Pixel XXL (or whatever it’ll be called) above is true, Google’s newest device will cost more than the XL, too. But will Google’s entire lineup gain a set of border-less displays that resemble those of the iPhone OLED model? That’s the KEY question.

As it is with devices rumored and tipped before their official reveal by their makers, take the entirety of the information gathered here with a grain of salt. Don’t make any giant cash bets on the possibilities here – but keep them in mind when heading in to the summer season for buying a new phone.