Google Glass, for all its success and failures, still isn’t mainstream. The concept of a heads-up wearable is still really interesting, and a new patent suggests Google hasn’t given up hope just yet. In their latest patent filing for Google Glass, Google looks to be slimming the form factor down, and making it a bit more approachable. It also appears to be a bit more modular than before, with all components being housed in the main body rather than throughout the entire band.

What we apparently gain, if this patent indeed ends up being a new version of Glass — and a representation of the final product — is a much shorter main body. The patent also has a much longer screen than version one.

It also keeps the forward-facing camera, which has been the sticking point for most of the hubbub about Glass.

Also missing is the heavy component behind the ear that caused so much breakage. The new design also, at least in its schematic stage, has no eyepieces for resting on the bridge of your nose. 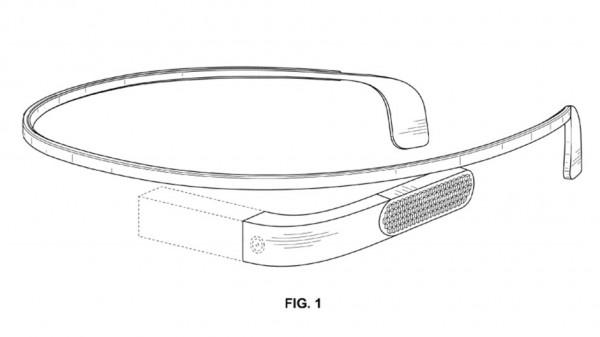 As a single-unit piece, Glass’ main component can be fitted just about anywhere. It can be outfitted for use in a helmet, as cameras for police around the country, and even on eyewear of your choice, so long as the right contact points were built in for affixing Glass.

What these patents don’t ell us is what Glass’ current trajectory is, or where it’s going. On launch, we heard it would launch at various points throughout the span of a few years. It’s nearly 2015, and we’re now a full year past the time we expected it to actually launch to consumers via retail shops.

Though you can buy Glass, it’s the “Explorer edition”, which is a fancy way of saying it’s still in beta. Various app Developers and backers have dropped out, too. Bans at theaters persist, as does the impression that Glass violates your privacy by default (it doesn’t).

Still, uses outside of your home give Glass reason to live on, especially in the Medical field, where Doctors and Nurses are doing wonderful things with Glass. With version 2.0, we should get a better idea of where Google envisions Glass’ place is in this world.