As a sort of a “Part 2” or even “Part 3” of the Glass chat series SlashGear has appearing this week and last, today’s words with Google Glass’ lead industrial designer Isabelle Olsson lend some insight on the device’s road to final hardware. Speaking on how the original Glass prototypes eventually became the device you see today, Ollson shared three principles that allowed the team to solidify their process.

This is only one segment of the extended fireside chat shared with Google I/O attendees earlier this month. Also included in the chat were Senior Developer Advocate at Google for Project Glass Timothy Jordan, Product Director for Google Glass Steve Lee, and Google Glass Engineer Charles Mendis.

This team left knowledge on the social implications of Glass, of when Glass would eventually be released to the public, and on modular fashion and the detachability of the Glass computer module. 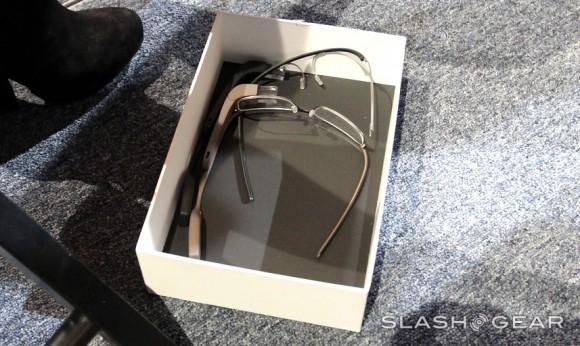 Isabelle Olsson: We took a reductionist approach. We removed everything that wasn’t absolutely essential. And then in addition to that, I formed three principles to guide the team through this ambitious, messy process. Those are:

And those are not just fancy words: they mean something.

O: So when it comes to lightness, it’s fairly straightforward. We are obsessed with weight. Not in the same way the fashion industry is – but we do care about every single gram. Because if it’s not light, you’re not gonna want to wear it for more than 10 minutes. And it’s not only about lightness but about balance. How it’s balanced on your face, and the way we designed it with our construction methods, and material choices, and how we place the components.

It weighs less than most sunglasses and regular glasses on the market. It’s pretty cool.

O: But it’s not only about physical lightness, it’s about visible lightness. We took the approach of hiding some of the largest components on the board behind the frame, so we could create this one, clean, simple appearance from the side.

We make Glass modular. In this stage, this means you’re able to remove the board from the main frame. This is pretty cool. This opens up a lot of possibilities. It opens up possibilities for not only functionality but also scalability.

SlashGear will be exploring Google Glass in each of its software updates up to and through the point at which it becomes a consumer product in 2014. The Glass team have let it be known that upgrades in software will be sent each month – at least – and that the final consumer product may look similar to what we’re seeing in the Explorer Edition that everyone is wearing out in public today, or it could have several modifications in hardware as well by then. 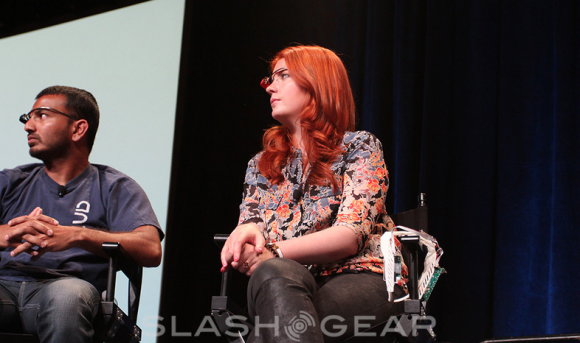