This week at Google I/O 2013, the company’s yearly developer conference, the wearable technology device Glass was discussed as a scalable fashion platform by the project’s lead industrial designer. In a fireside chat with several other creators and head minds from Google on the Glass project, Isabelle Olsson let it be known that Glass has come a long way since its first day in the lab – she had one of the original prototypes on hand to show off in-hand.

Olsson showed a rather bulky and – according to her – rather heavy piece of hardware that was a mix of geeky massive and hipster odd. Speaking about the experience, walking into the room at Google on the first day that prototypes had been mocked up, Olsson described it as a rather exciting – if not scary – experience. One of the first changes the team had to make, she said, was in the unit’s ability to adjust. 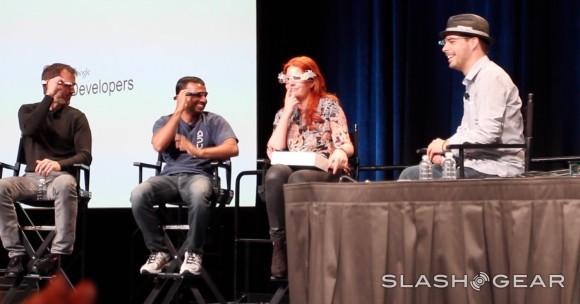 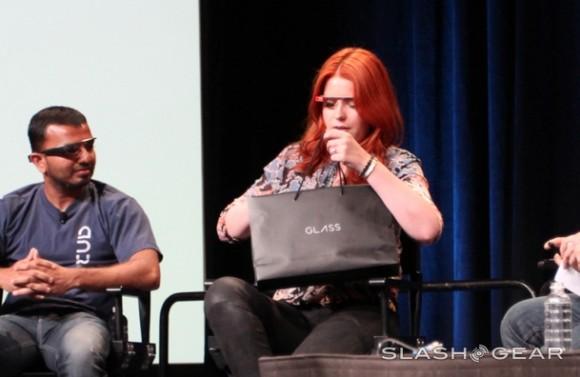 Olsson also showed off Glass’ ability to be taken apart and moved. There’s one piece that acts as the most basic frame and the other – the computer – that can be attached to many different bits and pieces being built today.

“We make Glass modular. In this stage, this means you’re able to remove the board from the main frame. This is pretty cool. This opens up a lot of possibilities. It opens up possibilities for not only functionality but also scalability.” – Isabelle Olsson, Google Glass Lead Industrial Designer 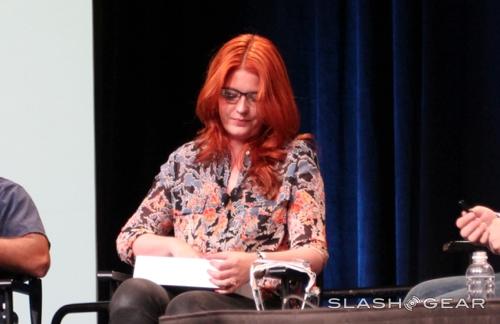 Glass is still at a place where this team cannot tell the public when they will be ready to sell to consumers – the same goes for the future of Glass. Noting that they wouldn’t be able to comment on the future of Glass very much at this point. This was called into question by a boisterous audience member who yelled:

To which the host of this chat, Senior Developer Advocate at Google for Project Glass, Timothy Jordan, replied: “because it’s Google’s policy not to comment on future unannounced products. And because I follow rules.” To which the same audience member replied, pathetically hilariously:

This attitude reflected the thoughts and wishes of the entire audience – or at least those without the device on their temples. With more than 30 members of the audience wearing the developer “Explorer Edition” in full effect, we were in rare company without a doubt. 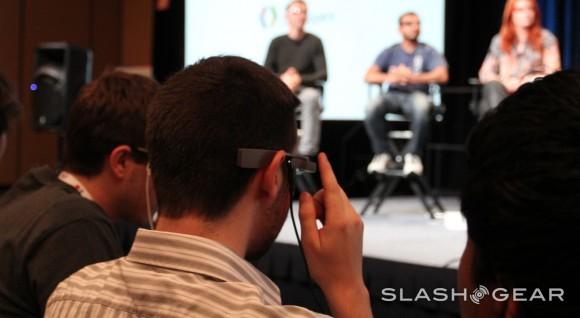