Goal Zero has added a new portable battery to its range, with the Yeti 500X promising fridge- and TV-powering levels of juice along with new portable solar panels to keep it charged up off-grid. The newest “portable power station” in Goal Zero’s line-up, the Yeti 500X packs a 505 Wh battery as well as a 60W USB-PD port for USB-C Power Delivery compatible devices like laptops.

Goal Zero teased the Yeti 500X back at CES 2020 in January, though was light on details at the time. Now, though, we can see that it doesn’t stray too far from the recipe we’ve seen working for Goal Zero’s other models, like the Yeti 1400. 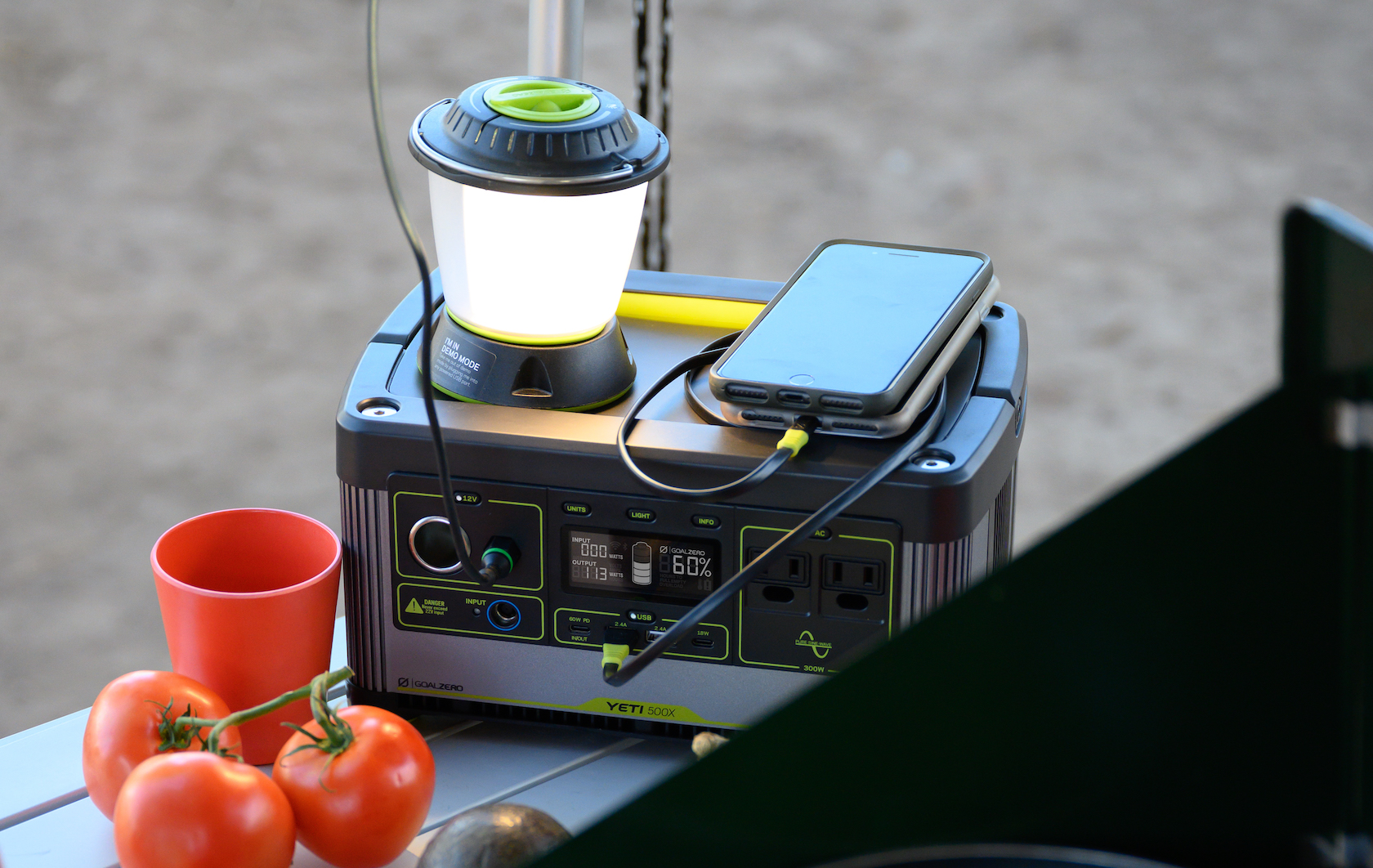 As well as the 60W PD port, there’s also an 18W USB-C port. The 12V outlet is regulated, which should pay dividends for driving things like portable fridges. You also get a 5V USB port, and a 120V AC outlet which can deliver 300W or 600W surge. Compared to the old version, there’s been a 20-percent cut in overall size, too; Goal Zero also adds a fold-down handle on the top. 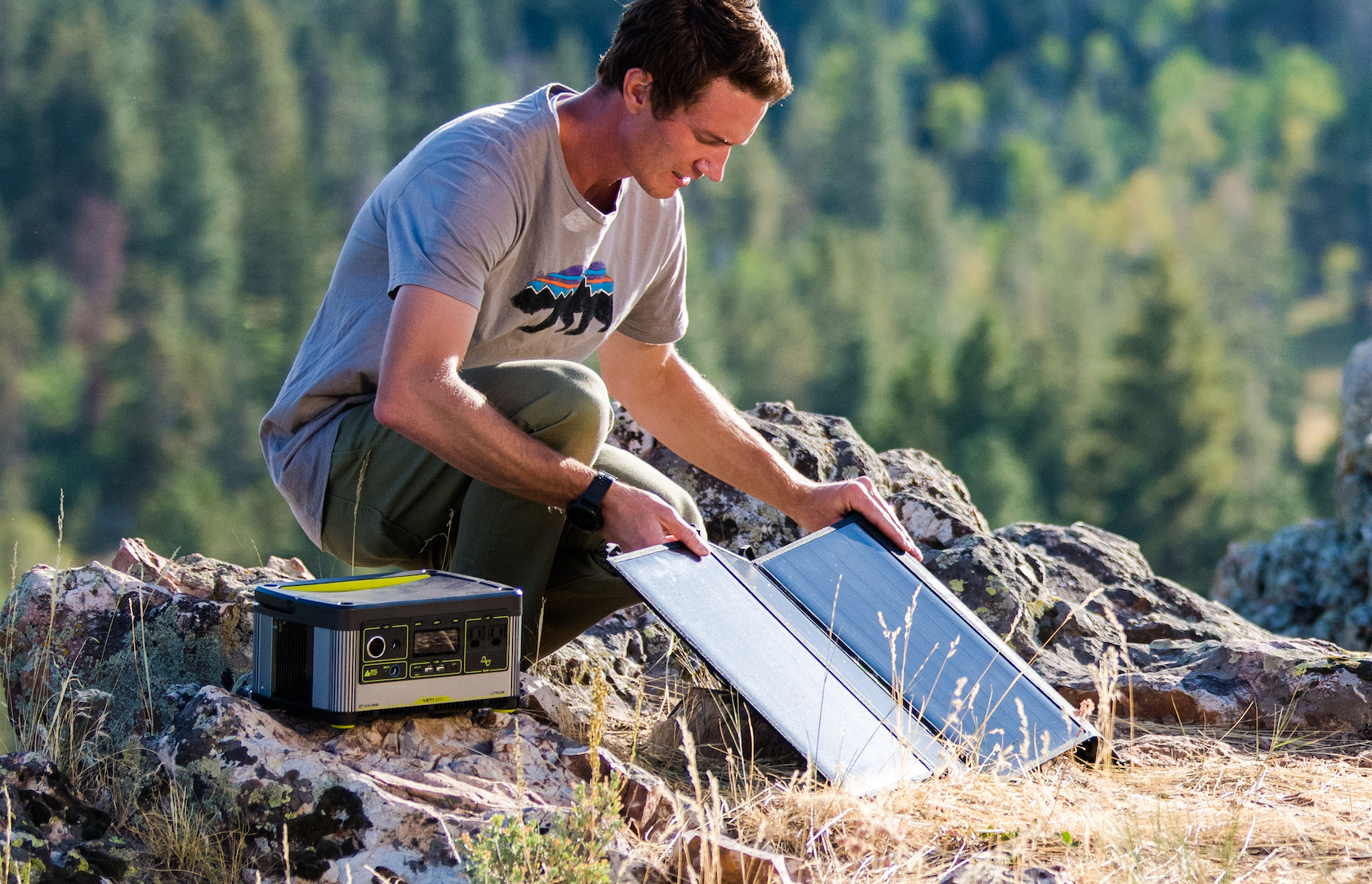 The biggest change, however, is probably to solar charging. The Yeti 500X now uses an MPPT charge controller, rather than a PWM controller. That way, Goal Zero suggests, owners should see up to a 30-percent more efficient charge when using solar panels to top the battery up.

While you can obviously plug the Yeti 500X into a regular outlet and keep the portable power station charged up that way, a greener alternative is to use the sun instead. Goal Zero has a new portable solar panel, the Nomad 50, that will work with the battery. 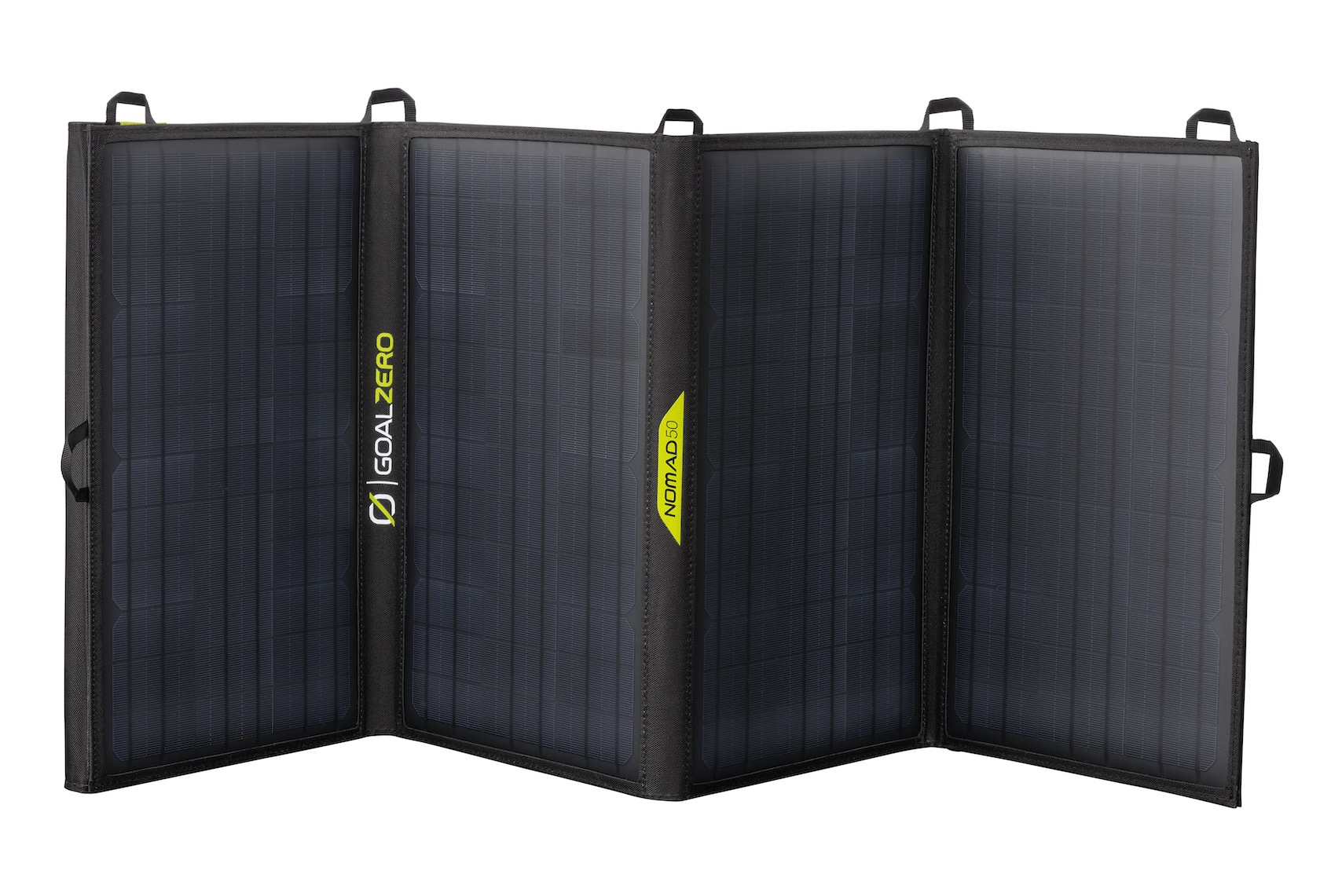 It’s designed to charge the company’s larger power banks and small to medium power stations, such as the Yeti 500X or last year’s Yeti 200X. It has a four-panel design, and unfolds like a shoji screen for easier placement. As the name suggests, it delivers 50 watts in ideal conditions, but up to three solar panels can be daisy-chained together if you need to charge up faster. 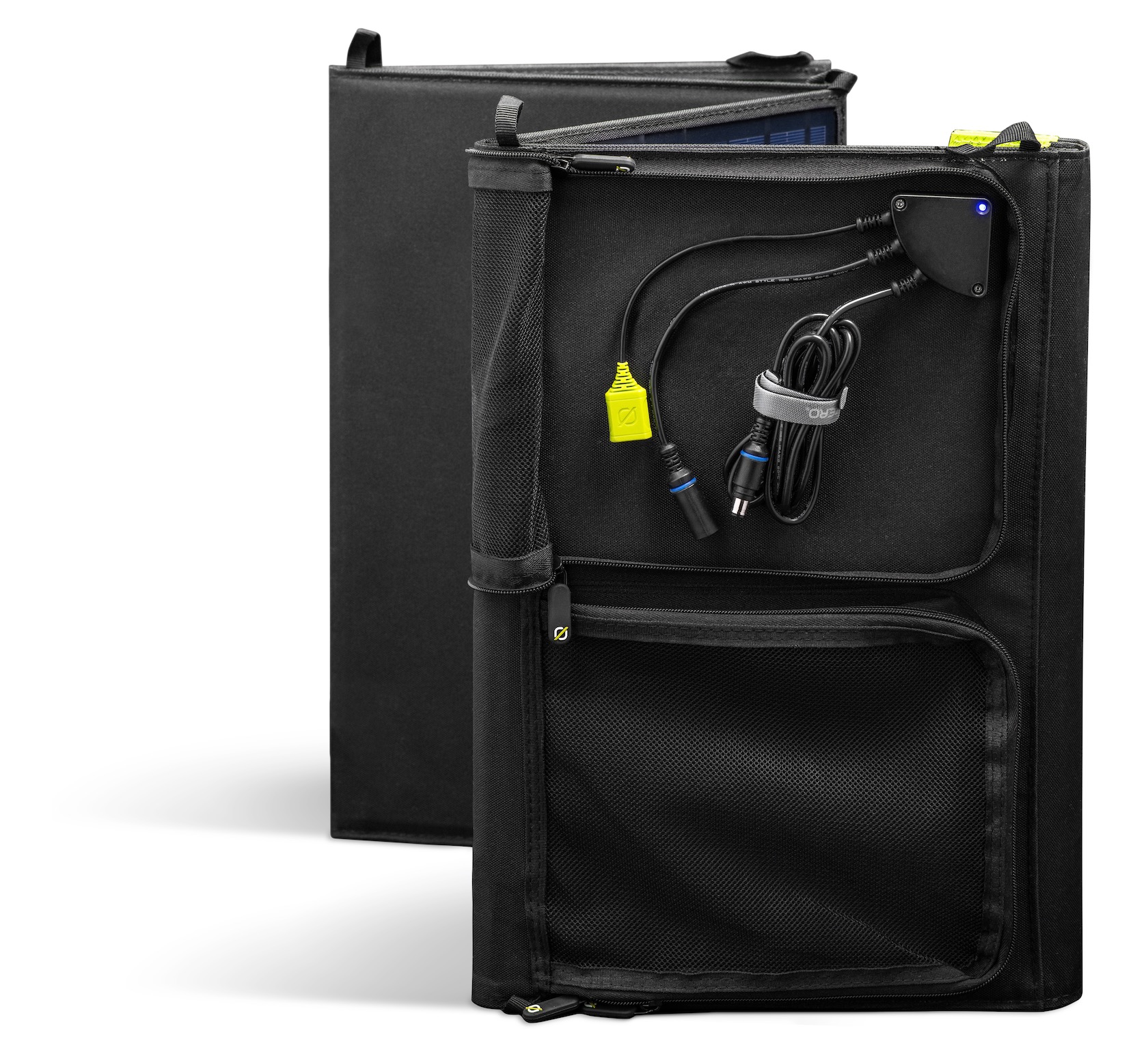 There are hanging loops to make strapping the Nomad 50 to a tent or vehicle easier, and as well as the cables to connect to a Yeti power station you also get a USB connector too. With the new Yeti 500X, you can expect a full charge in 12-24 hours, conditions depending. Closed, it measures 17 x 11.25 x 2.5 inches, and weighs 6.85 pounds. 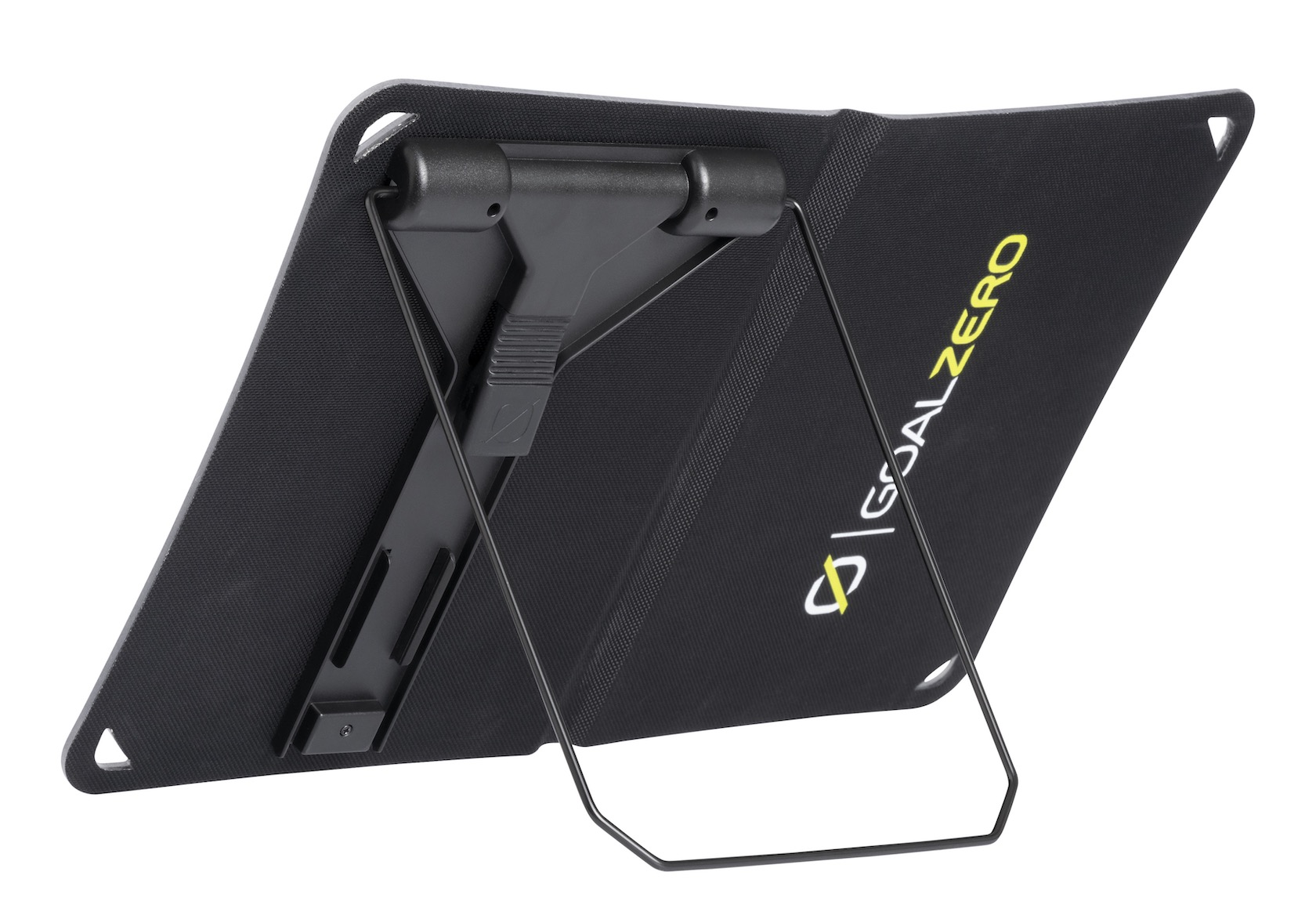 It’s not the only new solar product from Goal Zero today. The company also has two smaller panels in the Nomad series, intended for direct charging of mobile devices like phones. The Nomad 10 is the simplest, a 10 watt panel with a built-in Flip Dock and an adjustable kickstand. It has a USB port for use with smaller electronics. 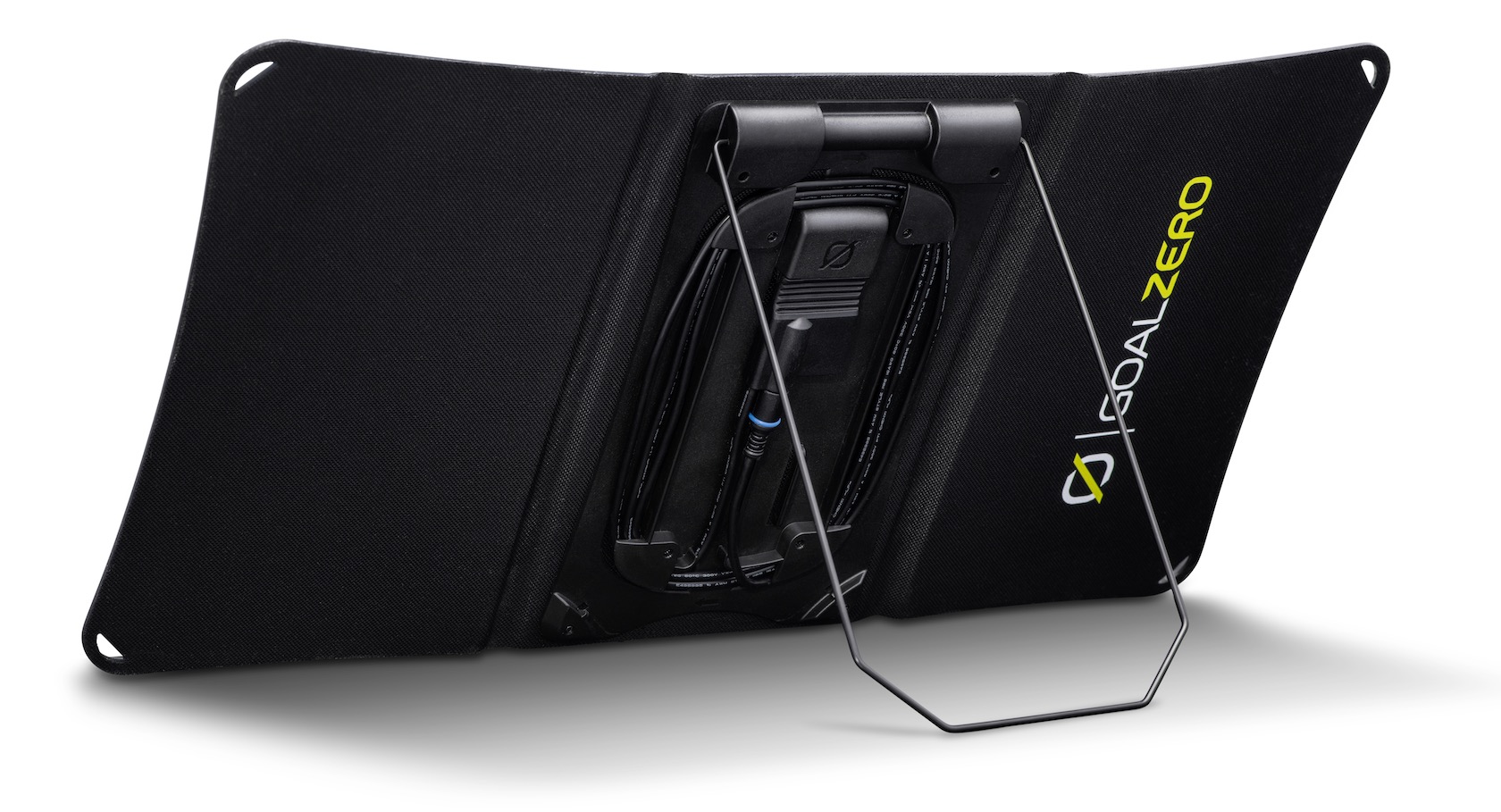 More powerful is the Nomad 20, which kicks out 20W. It, too, is foldable, and has a Flip Dock, adjustable kickstand, and integrated cable storage. While it’s intended for phones, tablets, and other such small devices, it’ll put out enough power to charge up Goal Zero’s smaller power station models too.