Google is out lobbying against potential Glass driving bans, and now developers are joining the chorus of those demanding a more nuanced view of how distracting wearable-tech is for those behind the wheel. The Glass Explorer behind a new app that pipes vital car data like speed and fuel levels directly into your line-of-sight, Voidstar AutoHUD, argues that ergonomically and functionally there are reasons why “Glassholes” might end up safer drivers.

The app – which has been released as a free APK ready to be sideloaded onto Glass – relies on data piped over from a Bluetooth OBD-II dongle similar to Automatic’s Smart Driving Assistant plugged into the dashboard.

The interface is minimal, with a choice of two metrics from speed, engine RPM, mileage, and current fuel level persistently shown in Glass’ eyepiece. 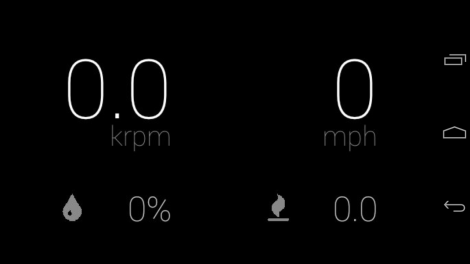 While that’s useful stuff, developer Zack Freedman says that AutoHud was actually created so as to help prove the point “that you can be safer with a wearable than without one.” He argues that, rather than being a distraction, by shifting important information from the dashboard displays to the eyeline it means those driving can spend more time looking at the road ahead.

Meanwhile, Freedman also blames a lack of understanding of Glass and how the wearable works for some of the fear around it. For instance, when Glass is showing a Live Card view – such as the status page in AutoHud – voice commands and notifications aren’t supported, further reducing how many distractions could come through.

It’s not the first time we’ve seen Glass used as a driver information tool. The Chevrolet team behind the Corvette has already cooked up a HUD app for the new Stingray, for real-time statistics like speed, gear, engine RPM, and G-force from the car’s own WiFi and 4G networks.

However, GM told us that it has no plans to release the app, and that if it did, it is only envisaged as something passengers might use to feel more involved in the driving process. 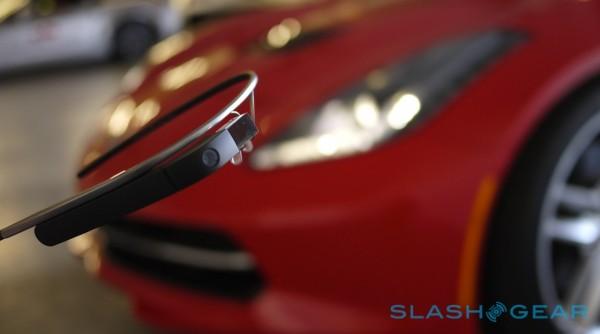 Freedman has no such qualms, and is planning an updated version of AutoHud with torque and engine load, throttle and gearbox position, and eventually speed limit warnings and post-trip performance summaries.

A high-profile court case around a Glass-wearing driver was dismissed earlier this year, though only on the grounds that the court couldn’t be certain the wearable was in use at the time. Exactly whether that leaves Glass safe or not for road users is still uncertain, then, though several US states have proposed legislation that would force users to take off the headset before they started their journey.