Gaming on the new iPad: what to buy in preparation

With the future of the iPad sitting pretty with an improved quad-core graphics A5X chip and a Retina quality display up front, what have game developers done to bring us up to speed with this magnificent machine? Apple has been working with developers, very few developers in person, but all the same, to create masterpieces that’ll showcase the abilities of the iPad 3 (or The new iPad, if you insist). The first of these is, as it was for the iPad 2, Infinity Blade – this game coming in a whole new form factor and graphics quality with their third game Infinity Blade: Dungeons.

What you’re going to see with Infinity Blade’s newest installment Dungeons is not only a much higher demand for graphics power, but a whole new set of gameplay elements as well. This version of Infinity Blade is set to follow a path not unlike Blizzard Entertainment’s Diablo series, with you, a barbarian-like character, wielding a massive hammer of the gods to destroy hoards of enemies from a birds-eye view. This game is set to be released soon after the actual release date for the new iPad – expect it!

We’ve got a magical review of the second installment from this game series from back when the iPad 2 was released as well – it’s still fantastic even now!

Despite its infinitely long name in the App Store, this game is part of one of the longest lasting sports game franchises in history – and with good reason. It’s got not only the American football action you crave with the most updated series of real NFL teams and players, it’s ultra high definition for your new iPad pixel-packed-day of gaming. This game is already available in the iTunes App Store for $6.99 and will look fantastic on your iPad 2 as well. 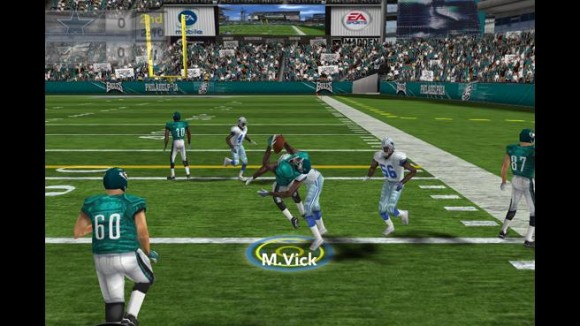 A surprising addition to the games suggested directly by Apple for the new iPad is this word-finding puzzle game. You’ll be laying down letters in an effort to create words, but with swapping, switching, and “welding” to create a wholly unique experience in, again, ultra high-definition. This game is also available right this second from the iTunes App Store for a mere $0.99 – a steal!

Though these apps aren’t necessarily games, Apple has done a fantastic job making them fun enough for you, the user, that they’ll feel just as fun to mess around with. This release of the newest iPad model also ushers in the full-on iLife suite age for Apple on mobile. Up until now there was no iPhoto – now we’ve got all of the media management and editing software we can eat with each of Apple’s full apps for iPad! Have a peek at our review of iMovie 1.3 as well as the brand new iPhoto for iOS and pick up Rock Band from the store today as well. You’ll be rocking out in no time flat! 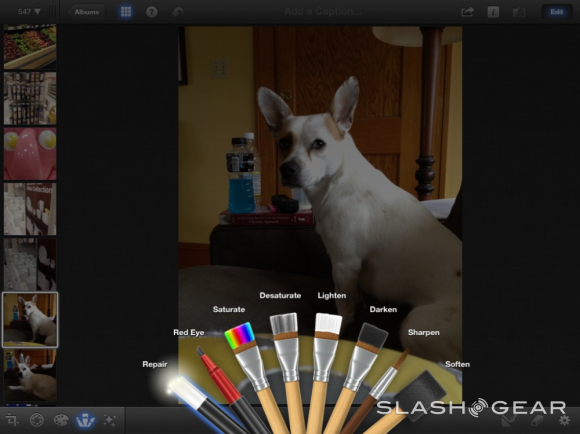