The iPad and iPhone loving sword-fighting series has a next generation coming in Infinity Blade: Dungeons, and the trailer has been released. This next level fabulous monster of a game will take what we know of the Infinity Blade series and turn it on its head not only with a prologue to the 2 games already released, not just with a character wielding what looks to be a cosmic lolly pop, but with a whole different world of gameplay as well. This chapter looks to be just as epic as the last, and will be out for iOS exclusively soon!

What you’re about to witness would be next-level epic even without the visuals due to the abnormally deep and booming music, but the lights and magic are there as well. Infinity Blade has been a series of games touted by Apple as perfect to show off the capabilities of their mobile hardware, it showing up this week as well as the new iPad 2012 edition event as well. This version of the game is set to be a birds eye view battle game that looks not unlike what we’ve seen thus far from the Diablo series of PC games – undeniably fun for the soul!

This game will be out not long after the iPad 3rd generation is released, without a doubt, and it’s not just your humble narrator that’s calling it a Diablo Clone. The idea that you are a barbarian here not just fighting against the forces of evil, but the forces of evil in a dungeon environment is and will forever be the mighty mainstay of that Blizzard Entertainment line of power games. The long and short of it is, though, that the last time a Diablo game was out, it was over a decade ago.

While you wait for Diablo III, pick up an iPad and drop what’ll almost certainly be $5 USD on Infinity Blade: Dungeons. Looks to be hectic! 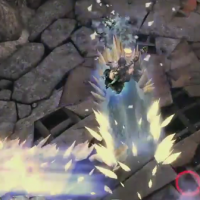 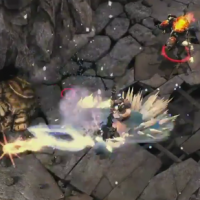 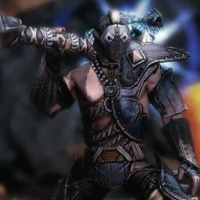 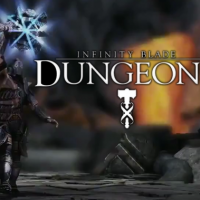 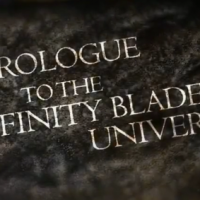 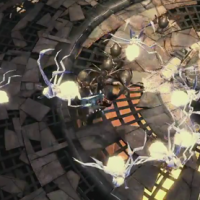