This week a set of images of the Samsung Galaxy Note 20 were leaked with what appear to be a near-final look at the smartphone’s hardware. This device will likely come in at least two iterations, one with a relatively flat display, the other with a display with curves along its left and right side. Both versions likely have a camera array not unlike what we see here, with a number of lenses, LED flash, and the potential for 3D sensing abilities.

The version of the Samsung Galaxy Note 20 we’re seeing here was leaked with a set of details from a user by the name of Jimmy Is Promo. This device is said to have a Qualcomm Snapdragon 865+ SoC in one iteration and likely a Samsung Exynos 992 in the other. The Galaxy Note 20 here has a 6.8-inch display with 120Hz image refresh rate.

This version of the Samsung Galaxy Note 20 has the curved display – and as you can see here, there’s a distinct possibility that this early iteration of the smartphone isn’t quite tuned as well as it should be for final release. 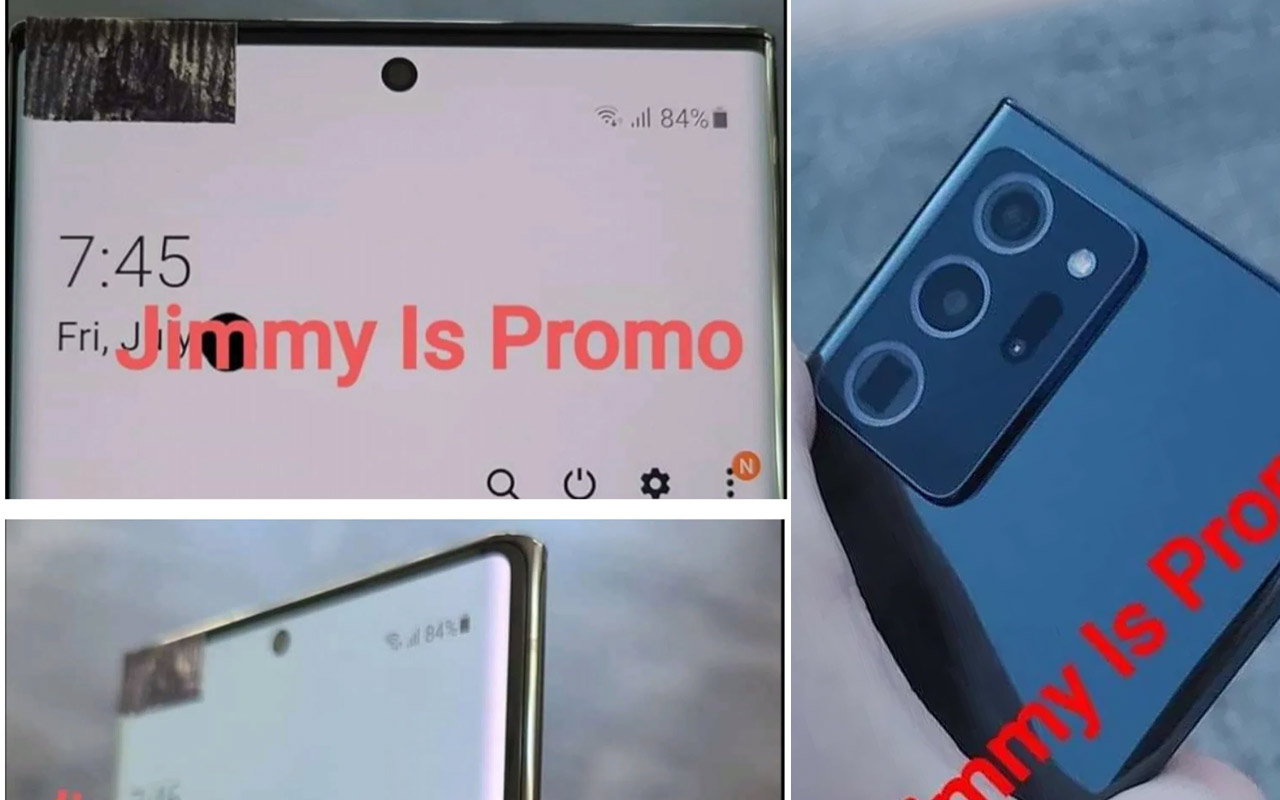 The Galaxy Note 20 will likely have an S Pen stylus that’s largely similar to its predecessors – this one comes in black! It’s possible this color for the phone and the stylus are not finalized – they could just be in place in this fashion for a low-profile test of the unit.

If the leaks here from Jimmy Is Promo are entirely accurate, this larger device will include a ToF (Time of Flight) 3D sensor at the bottom of the tower of cameras at its back, with additional sensors besides.

The Samsung Galaxy Note 20 lineup will likely appear at an August 5, 2020 event. There we’re expecting the Galaxy Note 20, Galaxy Note 20 Pro (and/or Max) (and/or Plus) as well as the Galaxy Z Flip and Galaxy Z Fold, and a set of tablets, and a watch! It’s going to be a crazy large (and yet virtual) event to be sure!