Ford’s new Bronco hasn’t made it to dealerships yet, but that isn’t stopping the automaker from giving the hotly-anticipated truck the SEMA treatment with a beefy new 2-door concept for the truck owner who wants two vehicles in one. The Ford Bronco Badlands Sasquatch 2-Door Concept is one of several truck-based customs, including one-off versions of the F-150, Bronco Sport, and Ranger.

For the 2021 Bronco, the goal is to deliver the best of both worlds. Turns out, Ford says, potential new Bronco owners want a truck that they can commute in Monday through Friday, but then convert for extreme off-roading user at the weekends. 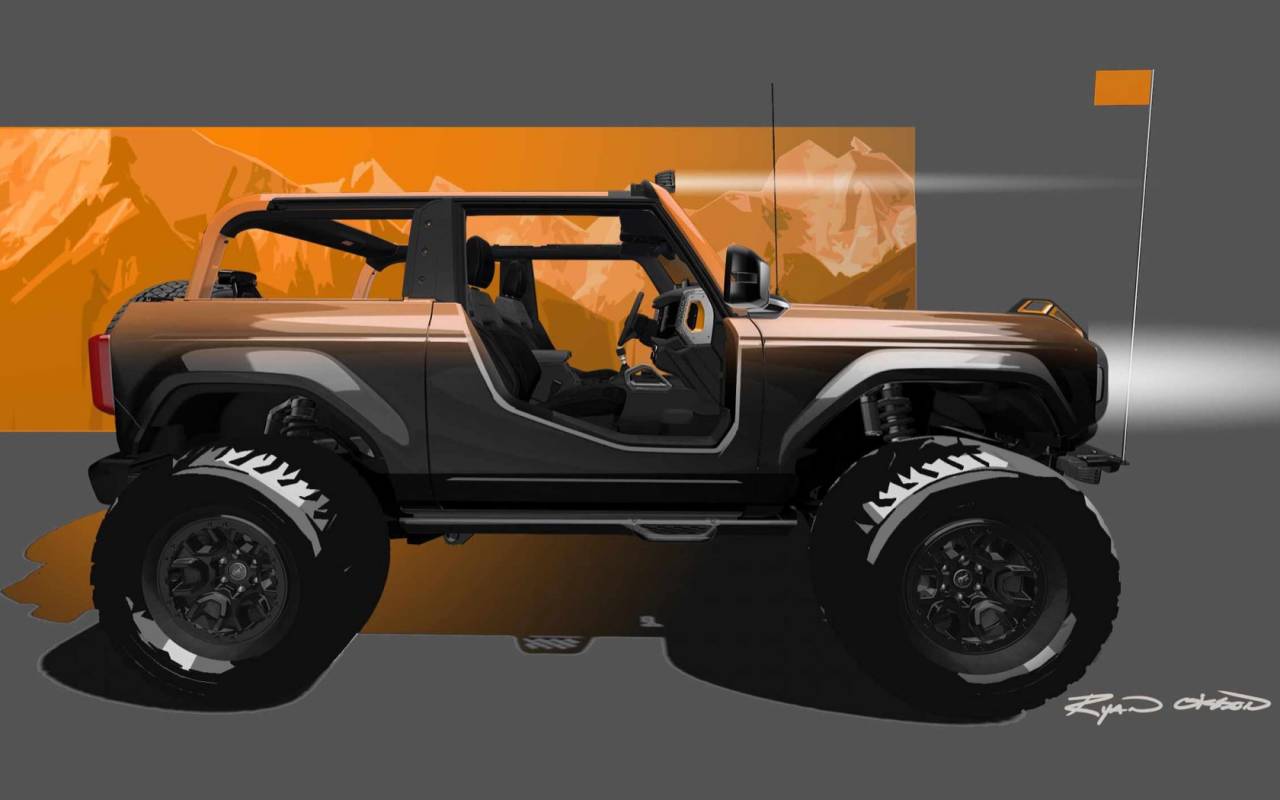 The result is the Bronco Badlands Sasquatch 2-Door Concept, with swappable bodywork that can be switched out from the factory parts. By putting on the more robust, impact-resistant front fenders and rear quarters, Ford says, even if you have a mishap on the trail you won’t have to worry about expensive bodyshop repairs. 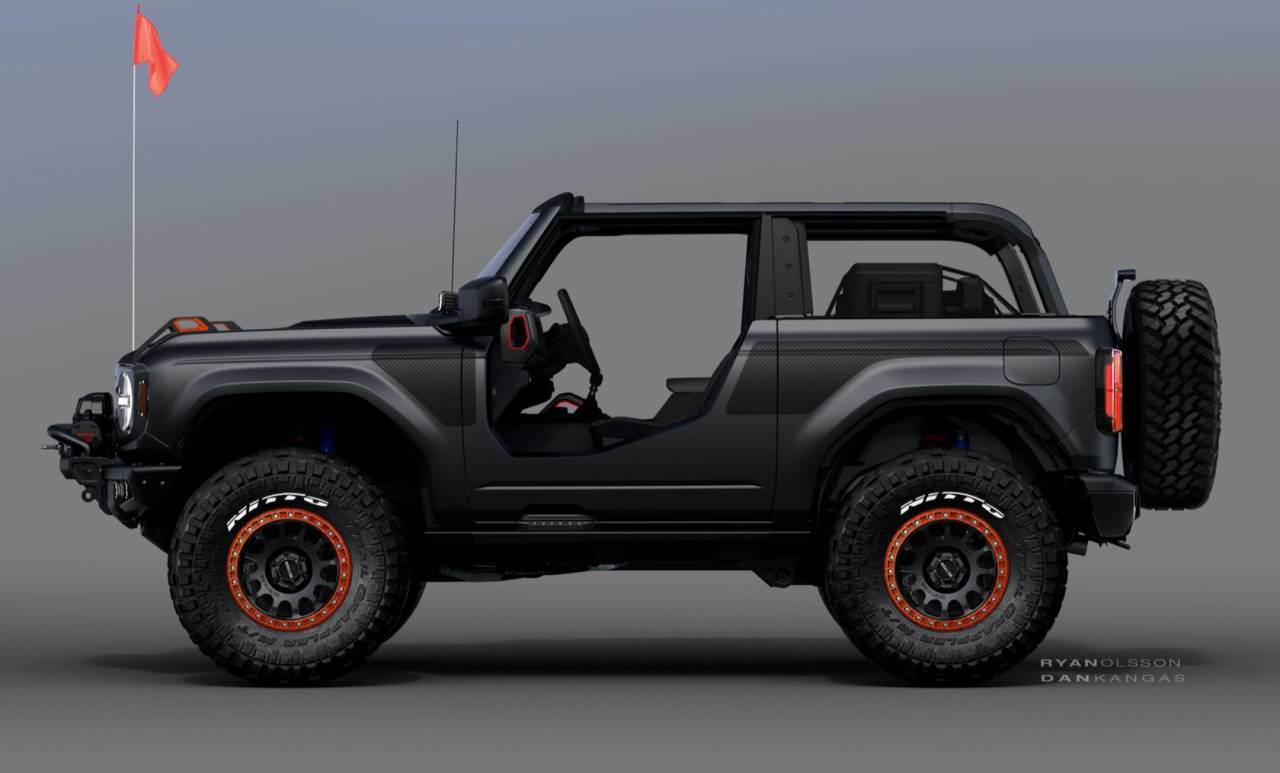 There are also 3D printed titanium parts, implemented because they’re lighter than the stock components, and a stopover replacement panel. That swaps out for the regular doors, and is a nod back to the first-generation Bronco U13 Roadster, Ford says. It’s worth noting that one of the big charms of the upcoming Bronco is the extensive parts catalog, which will include components like new panels. 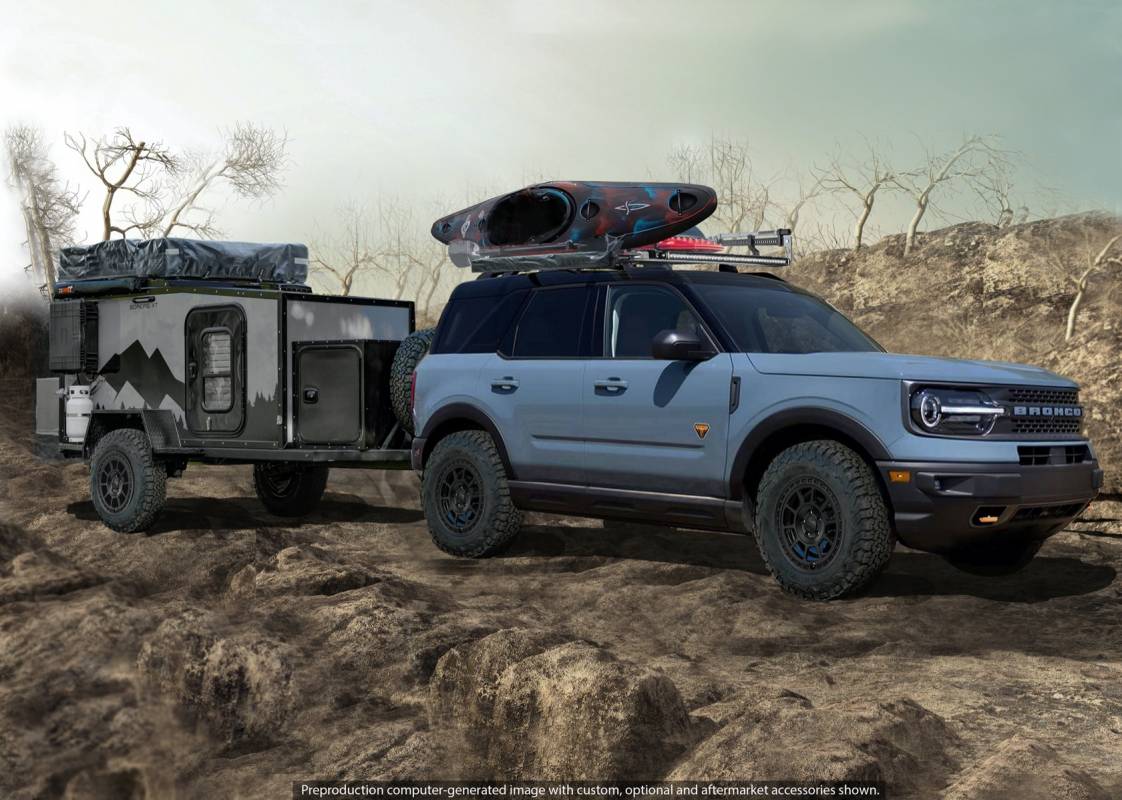 As for the SUV’s Sport sibling, the MAD Bronco Sport Badlands aims to turn the compact SUV into an overlanding adventurer. A custom conversion with a special trailer and roof rails makes for the perfect hub for outdoor activities, Ford argues. 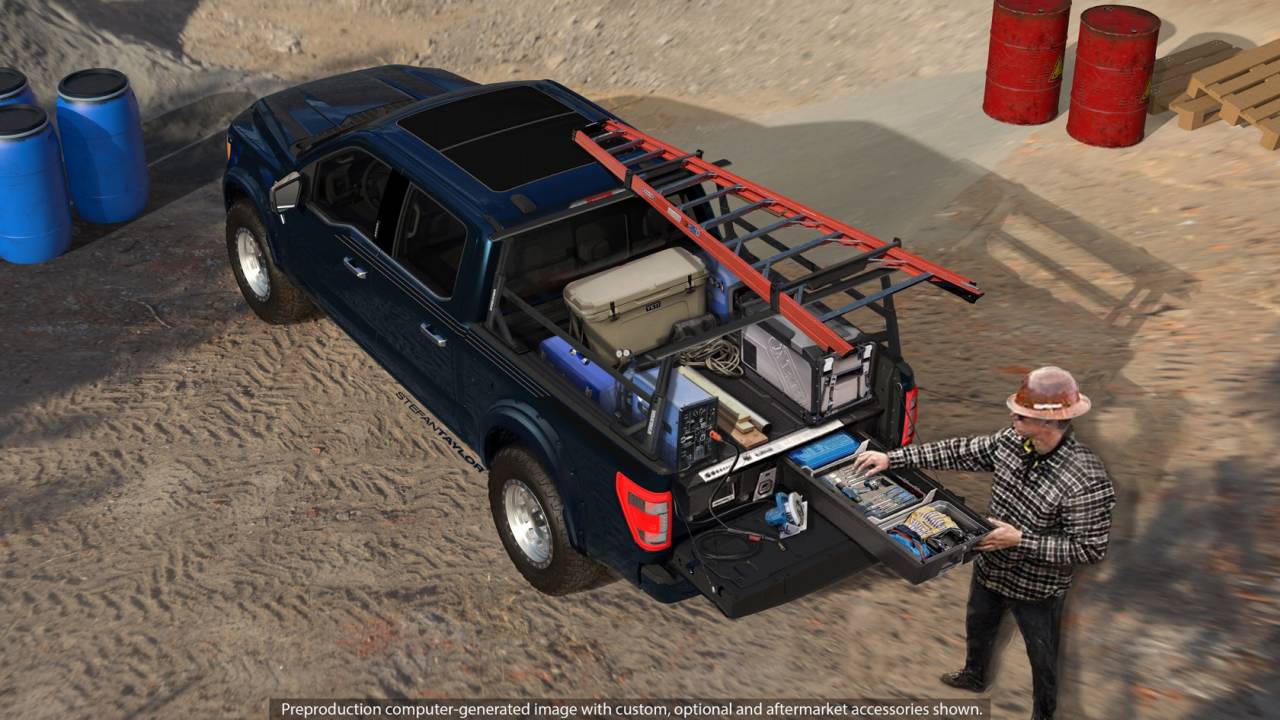 For the F-150, the new pickup taps its integrated generator option for Ford’s new SEMA build. Dubbed the F-150 Limited Hybrid SuperCrew by BDS Suspension project vehicle, it focuses on transitioning between powering a worksite during the week, to outdoor activity equipment at the weekend. Ford’s upcoming 2021 F-150 will offer up to 7.2 kilowatts of power for its bed outlets, enough to recharge two electric dirt bikes, run a plasma cutter and chop saw, or keep a miter saw and hammer drill running. 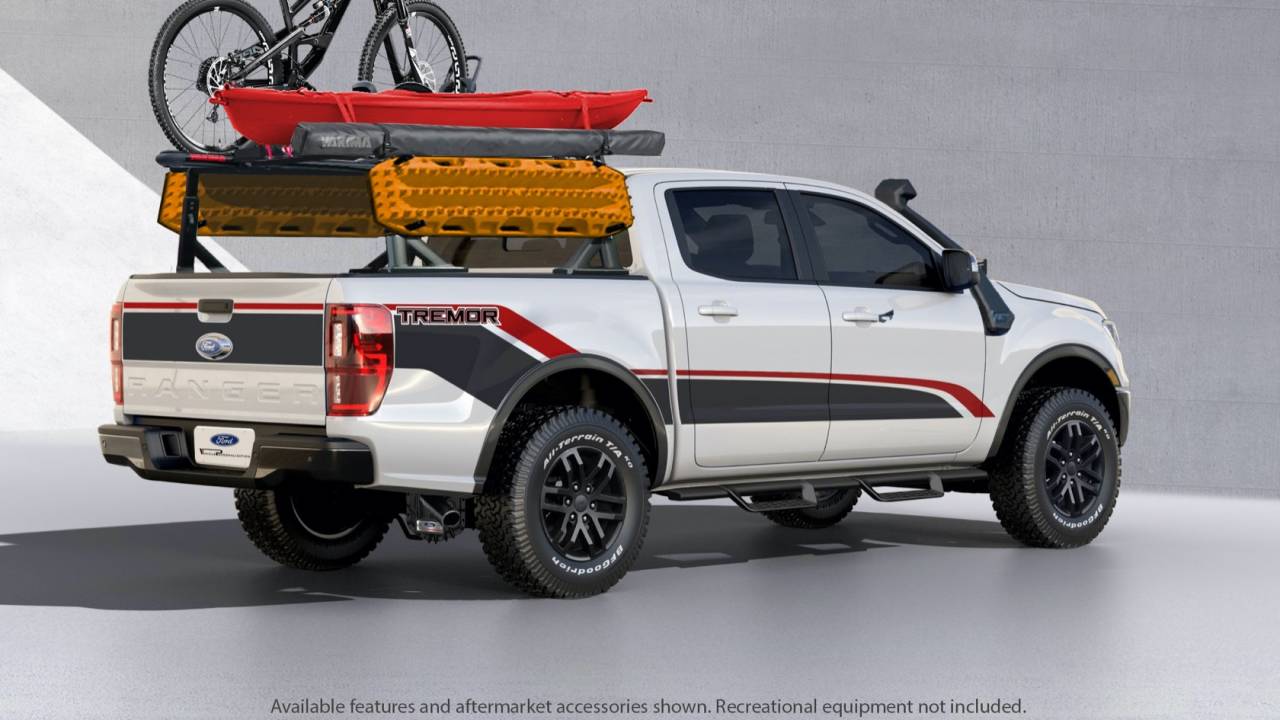 Finally, there’s the Ford Ranger XLT Tremor SuperCrew. The smaller pickup starts with the 2021 Ranger Tremor, and then throws on some of the currently available Ford Accessories and Ford Performance Parts like a scoop, floodlights, and a sizable equipment rack in the bed.