Hot on the heels of its big investment into self-driving car sensors, Ford has today committed to having its first high-volume, fully autonomous vehicle on the road by 2021. Intended for ride-sharing, Uber-style on-demand transportation, and other commercial mobility applications, the vehicle will lack a steering wheel, gas pedal, or brake pedal.

Unlike Ford’s current autonomous research fleet, which bolts extra sensors onto existing production models like the Fusion, the fully autonomous car it plans for 2021 will be specially designed for the purpose.

It’ll meet Level 4 on the Society of Automotive Engineers’ scale, which basically means that it can handle most everyday driving without the occupants getting involved. However, that’s still short of Level 5, at which point the car is able to handle every situation without the “driver” weighing in.

Update: To clarify, with Level 4 the limiting factors are area of driving and weather conditions, which are not issues with Level 5 systems.

Ford hasn’t said exactly what the limits of its vehicle’s technology will be, but has previously demonstrated autonomous cars handling inclement conditions like snow, as well as in complete darkness.

Still, it’s a big step for a company which had previously been considered one of the more conservative among automakers on self-driving technology.

“As little as four years ago, our approach was aligned with the thinking of most automakers today, which is taking incremental steps to achieve full autonomy by advancing driver assist technology,” Ford CEO Mark Fields said today. “This is not how we look at it today. We learned that to achieve full autonomy, we’d have to take a completely different pathway.”

By offering a vehicle for ride-sharing rather than direct sale to individuals, there’s the promise of at least a little more control over where and when the cars will be operational. Ford is yet to say which locations it expects to launch first, though previous predictions about autonomous vehicles use in ride-sharing in general have leaned toward controlled environments like school and company campuses.

Ford’s commitment comes on the heels of a joint $150m investment into LiDAR manufacturer Velodyne, along with Chinese search engine behemoth Baidu. Velodyne produces the 3D scanning laser “turrets” mounted on Ford’s autonomous fleet among those of other companies exploring the segment, but they represent one of the most expensive individual components a self-driving car requires.

The hope is that the investment in Velodyne will be used to lower the price of future versions, so that they become cost-effective for mass market use. 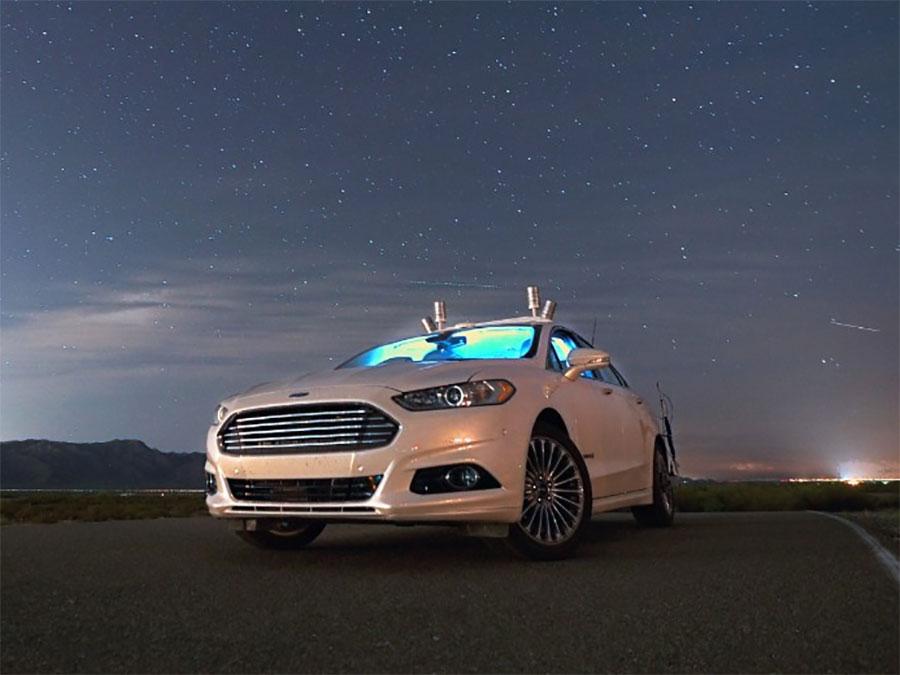 Ford has also been on an acquisition spree recently, buying computer vision and machine learning specialist SAIPS for its expertise in algorithms that could allow self-driving cars to adapt to their environments more naturalistically, and has an exclusive licensing agreement with Nirenberg Neuroscience, a company which has a machine vision platform for performing navigation, object recognition, facial recognition, and more.

Finally, there’s been an investment in Civil Maps, which is looking at new ways to more cost-effectively generate 3D maps.

Back in April, meanwhile, Ford was among a handful of automakers which, along with Uber and Lyft, formed a self-driving coalition.